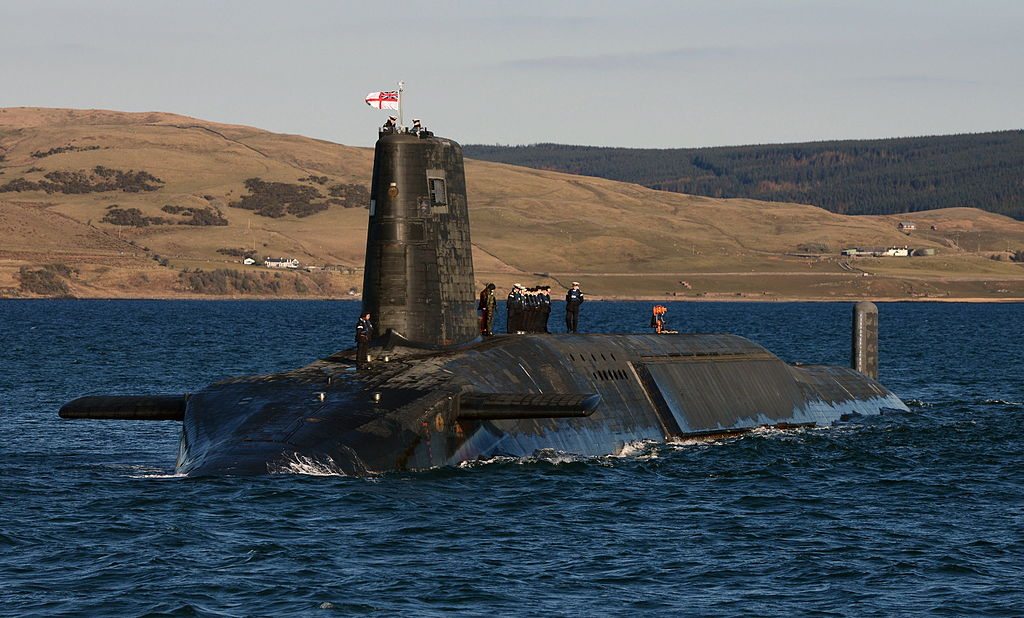 Trident renewal never seems to be far from the headlines. On 27 February the largest anti-nuclear demonstration in a generation took place in London. On 4 March, the UK’s Defence Secretary, Michael Fallon, announced £642m in spending on the nuclear weaponry, even though renewal of the system has not yet been voted on in parliament. It seems that, despite notable public and parliamentary opposition, the Conservative government – and a fair number of Labour MPs – are hell bent on locking us into Trident’s propagation. But, why? Do they really fear for our security, or are there more foul forces at play?

‘Follow the money’ works when light is needed on a murky subject. The Trident debacle is one such issue. Common Space, a Scottish online media outlet, followed the Trident money. What they found is quite simply… nuclear.

Common Space columnist Steve Topple found that some of Trident’s financial roads lead directly to parliament. The House of Lords, for example, has a fair few of its fingers in the UK’s nuclear pie. Such as the following connections:

Lord Hollick, a Labour peer, is a director at Honeywell International Inc. This company  is contracted to work on a “life-extension programme” for Trident.

Lord Hague, a Conservative peer and ex-Foreign Secretary, is a director at Intercontinental Exchange Inc. This company deals in stock market trading, and is not shy of the defence industry. Hague is also chair of Royal United Services Institute (RUSI). RUSI advises the UK government on defence policy, and has been praised by David Cameron:

This institute, created by the Duke of Wellington, has brought about a fine tradition of strategic scholarship…RUSI has encouraged creative thinking on strategy

With these conflicting interests, it would be easy for Hague to turn RUSI’s “strategic” advice into gold for Intercontinental Exchange’s defence investors. His votes in the Lords could also be used for commercial gain, as is true for Hollick. And with the cost of Trident reaching a possible £167bn, there are pretty prizes for everyone with money in the game.

Hiding in the vaults

Common Space also unearthed a vast amount of Trident cash stashed away in the place where it is most usually found: the banks. Their investigation cites a 2012 report, where 41 UK financial institutions are implicated in the financing of nuclear weapons. Barclays, HSBC, the Cooperative, and the Royal Bank of Scotland are among them. And they don’t just finance Western nuclear weapons, some finance them around the globe. Even in the countries of our so-called ‘enemies’.

Among the many examples Topple provides, is Russian defence manufacturer Almaz-Antey. Funding for this company is two-fold. It gets money from the Russian government and from Vnesheconombank. Although this bank is state-owned, it does not receive all its money from the government. Some of its resources come from foreign loans. As Topple points out, a 2011 loan was provided by a number of foreign banks, Barclays and HSBC among them.

Perhaps the banking sector are lost so far down their gold-rimmed rabbit hole, that they believe hedging their bets – and money – on all sides of the nuclear threat makes sense. If one country blows half the world away, they’ll still be seeing dividends in the other. Or maybe they just don’t give a long-term damn, as long as their short-term profits keep rolling in.

Common Space, however, has a different theory. Topple suggests that, due to the power of banks and their collusion with governments, the nuclear threat is nothing more than a dumbshow. This performance for the masses is designed to manufacture our consent. It allows those in power to keep the defence industry wheels well greased, with our taxes, so that shares rocket. Topple states:

The world is intrinsically too financially entwined for either the East or West to ever press ‘the button’ – and to believe they would is, in my opinion, deluded.

Perhaps, but if this is just an act, in light of recent tensions, Nato and Russia deserve an Oscar. However, what this investigation does prove, beyond the shadow of a doubt, is that the UK government cannot be trusted to objectively guide us on Trident renewal. Not when we have vested interests like Hague, within our government. Or a bankers chancellor, like George Osborne, defending bankers‘ bonuses, instead of pushing for a fair banking system for the masses.

Fortunately, there are others voicing opinions on the subject. Jeremy Corbyn, Nicola Sturgeon, Caroline Lucas and Leanne Wood, are all prominent politicians opposed to Trident renewal. There is also the Royal Navy whistleblower, William McNeilly, who sacrificed his career, to expose the failings of the Trident system. McNeilly warned:

This is bigger than me, it’s bigger than all of us. We are so close to a nuclear disaster it is shocking, and yet everybody is accepting the risk to the public.

And McNeilly isn’t the only experienced military figure who’s spoken out against Trident. Robert Green, an ex-commander in the Royal Navy, has done so too. In part, Green noted the impact it would have on the wider global community. The UK is a signatory of the Nuclear Non-Proliferation Treaty (NPT). The treaty establishes that:

Trident’s expiration would be the perfect moment to “disarm”. Green warns the UK government’s enthusiasm for renewal sets a dangerous example for the other NPT signatories:

For the 184 states which have made a treaty commitment to renounce nuclear weapons, the UK’s moral authority is compromised by its nuclear posture.

These people have very little to gain from raising their hands, except some political capital in the case of the party leaders. By contrast, we have everything to gain from listening to them. A less threatening world, oiled by diplomacy rather than posturing. Not to mention, the elimination of a danger that could destroy much of the planet. It would also provide an opportunity to put billions of pounds to public use, rather than into private pockets that are already stuffed. Surely that is the best deal for our country.

Write to your MP to express your views on Trident

Take action with the Campaign for Nuclear Disarmament

Volunteer at the Stop the War Coalition

Support The Canary so we can continue to cover these issues