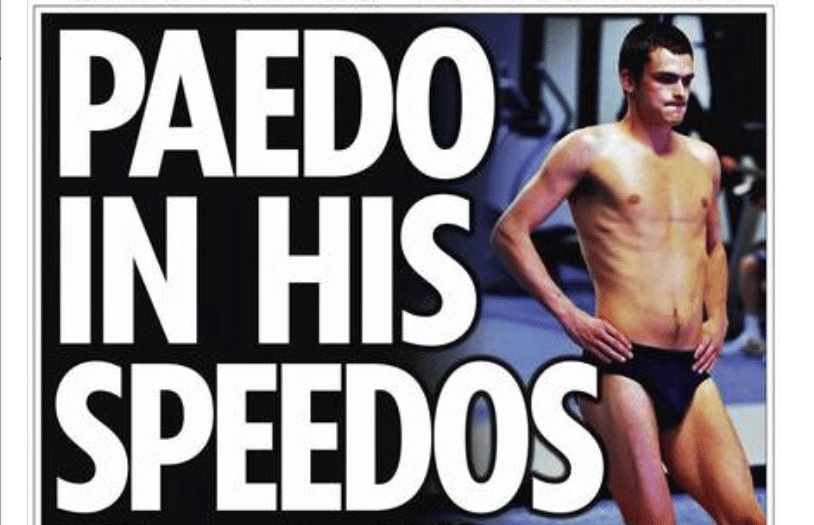 The Sun newspaper has sought to establish itself as the moral authority on the issue of child s*xual abuse and paedophilia, writing a series of lurid and triggering front pages on the issue. But at the very same time, they have been encouraging their readers to lust after female actresses and celebrities under the age of 16.

These two images sum up the hypocrisy of the News International team behind The Sun.

On March 3 2016, The Sun ran the headline “Paedo in his Speedos”, reporting the conviction of England football star Adam Johnson for “s*xually touching a 15-year-old fan.” 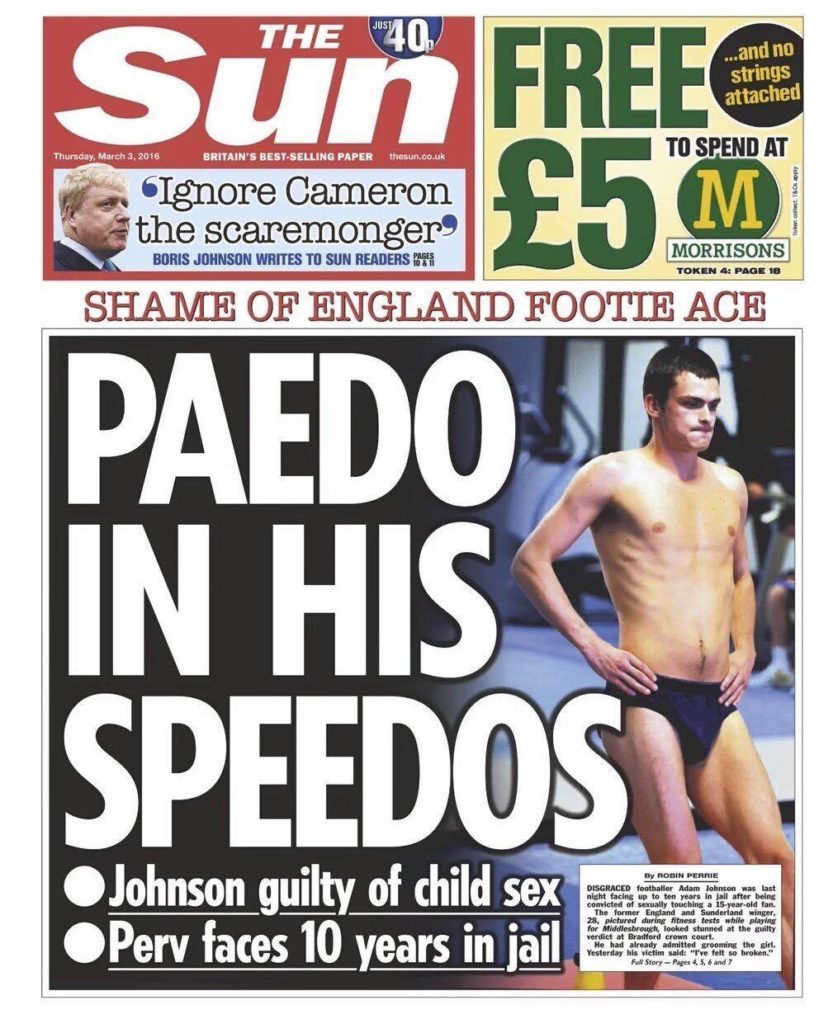 Yet, just one month earlier, The Sun tweeted it’s readers admire the ‘shapely pins’ of a 14-year-old model. 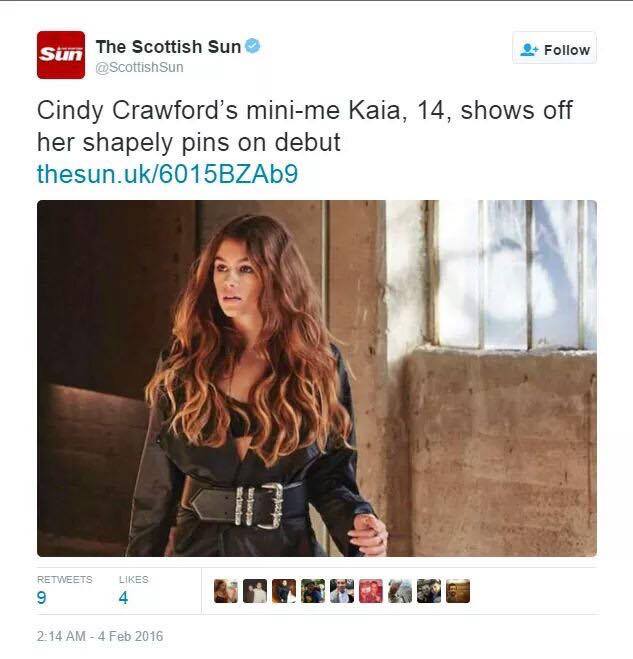 The Sun is quite happy to make money from sexualising children below the age of consent, and yet also wants to cash in on our outrage when children are exploited and abused as a result.

Check out the Occupied Sun campaign

Subscribe to The Canary and help us continue to bring you news and comment with a fresh perspective.

Featured Image via The Sun