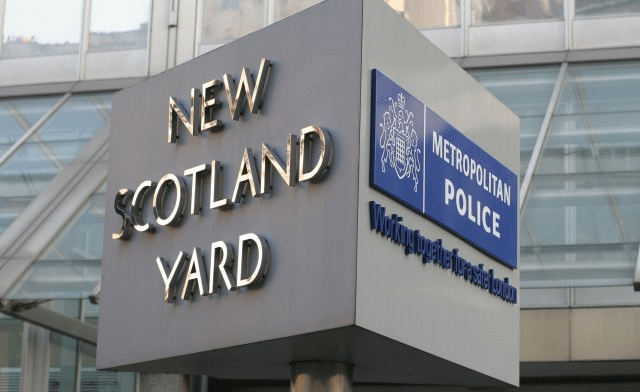 No police officers involved in spying on the grieving family of Stephen Lawrence will have action taken against them, despite the Independent Police Complaints Commission (IPCC) finding two senior officers would have had a case to answer. Furthermore, no action will be taken against their bosses because they cannot be identified.

As reported in The Canary in January, former head of counter-terrorism, Richard Walton, retired just before the report was due, meaning the police can not order any disciplinary action against him. He therefore left the force with his full pension intact despite allegations of misconduct.

At the time of Stephen Lawrence’s murder, Walton was an acting Detective Inspector working to defend the force against allegations that the murder wasn’t investigated properly. During this time, he met with, and was briefed by, undercover police officers who were working to discredit the family.

Another former police officer, Bob Lambert, who whilst undercover fathered a child, and who later became a manager of the notorious Special Demonstration Squad (SDS), was also found to have a case to answer for his role in arranging this meeting. Again, because Lambert is no longer a serving police officer, he will not have to answer the allegations against him.

The IPCC investigation was launched following the Home Office inquiry – the Stephen Lawrence Independent Review in 2014 – to investigate how and why the Lawrence family were spied upon. The inquiry was critical of Walton and Lambert, saying their tactics gave the police a “secret advantage” over the family.

According to the IPCC findings, both Lambert and Walton have a case to answer for misconduct. Lambert had claimed that he was instructed to arrange the meeting by senior officers. However, given the IPCC has not been able to identify exactly who in police management ordered the meeting, no action will be taken against them either. The report notes:

Unfortunately, as set out above, although the investigator accepts, on the balance of probabilities that Robert Lambert was asked by someone in senior management to arrange the meeting, it is not possible to establish, to the required standard of proof which individual(s) that was.

Whilst this should be surprising, the report also details this document sent between a Detective Superintendent in the SDS and Colin Black, the Operations Commander of Special Branch (page 6/7 of report):

I am aware that (DI Walton) of CO24 7 S2a S2 receives ad hoc off-the-record briefings from SDS. I reiterated to him that it is essential that knowledge of this operation goes no further. Would not wish him to receive anything on paper…..

This disgusting lack of accountability is rife within the whole undercover policing scandal. With the Undercover Policing Inquiry due to get underway properly this year, it is essential that the inquiry demands full disclosure on all their activities, including releasing all the names of the officers who spied on protest and social justice movements. This shoddy lack of justice and wheedling out of charges should not be allowed. All those spied upon need this information and transparency to get anywhere near justice for what has happened to them.

Join the protest outside the High Court on 22nd March to demand the names and files are released to the inquiry.