The Shadow Chancellor exposes Osborne as a fraud in under 2 minutes on Question Time (VIDEO, TWEETS) - Canary 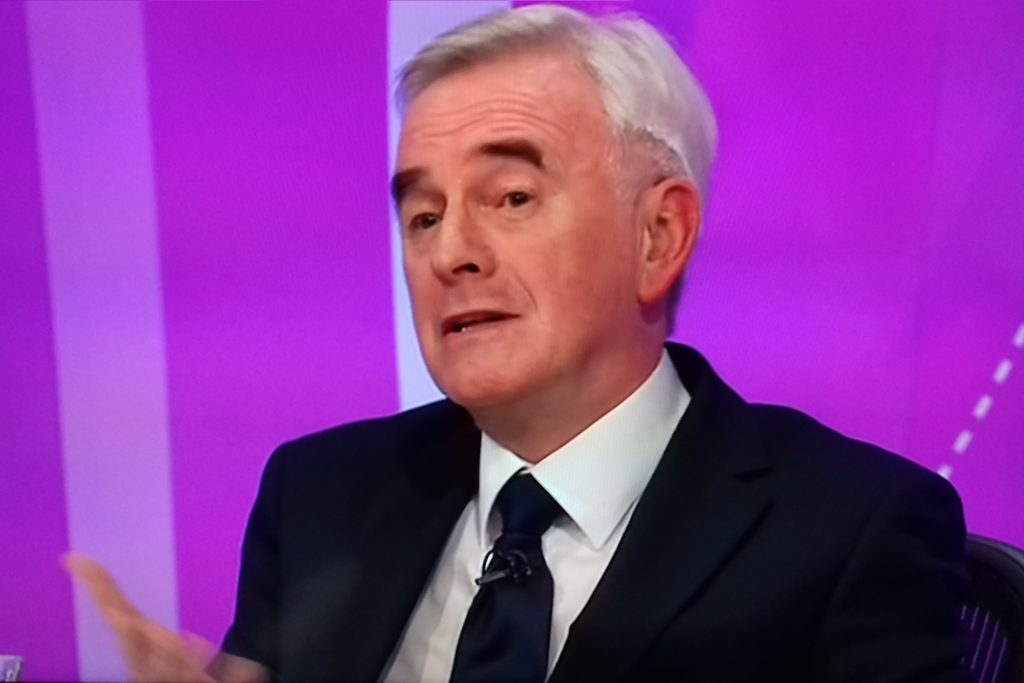 Earlier this week, Osborne tried to convince people that cutting taxes for the rich actually makes the nation money.

A member of the Liverpudlian crowd asked:

Putting the top rate of income tax from 50 to 45p raised an extra £8bn from the super rich. Should it be cut to 40p?

On Tuesday, Osborne alleged that we gained £8 billion from cutting the top rate of tax. This led to calls from Tory MPs to lower it even further, to 40p. Osborne said:

This completely defies the predictions and shows that what we have are lower, competitive taxes that are paid by all.

Osborne is claiming that because he has lowered the top rate of income tax, more rich people have decided to pay it. In other words, profiteering tax-dodgers saw their rate of tax was slightly lower and then thought “well, I’m going to pay it now”, rather than just making more profit.

This simply doesn’t ring true. If people are already dodging tax, the prospect of slightly lower taxes – from a 50p rate to a 45p rate – will not make them pay in full, when it would still constitute a significant loss.

But there is a reason it may appear that we’ve raised an extra £8bn through cutting the top rate of income tax. And it’s one that rings true when you consider the profit motive of the rich.

At Question Time, McDonnell replied to the audience member:

Within hours of George Osborne making that claim, it was refuted by the Institute for Fiscal Studies and many others, because what happened was we saw a huge exercise in tax planning, so people delayed certain payments, bonuses, etc, until that tax regime was reduced. So instead of paying in the year that was 50p, they then delayed that. So you had an artificial low one year, and an artificial high the next year.

In other words, people delayed paying their taxes until the rate was lowered. That way they would save money. And a byproduct of that is an artificially high increase in tax revenue, when comparing the 50p year to the following 45p year. The Shadow Chancellor continued:

And what the IFS has said is over the next 5 year period, actually it will cost us – they’re saying about £360m, something like that. So actually the reduction didn’t gain us anything, it cost us everything.

As common sense tells us, cutting the top rate of income tax will, in fact, be costly for the taxpayer and beneficial for the rich. And Osborne isn’t incompetent enough to actually believe it would make us money.

He is deliberately misleading the British people.

And the fact that he would risk spinning something so blatantly flawed as a success betrays how desperate he is for good news about his Chancellorship.

What I find really worrying about George Osborne and his £8bn figure is that I don’t think he did make a mistake. I think he knew that wasn’t true. We seem to be living through a post-truth politics, where there’s no kind of onus upon them to say what is actually true anymore. And I would really like to see him held to account more on that. You can’t say “we saved £8bn” when you know full well it was just deferred tax from one year to the next. And you really should be held up on it.

Indeed, when has Osborne ever been on Question Time? On this week’s episode, the Tories sent a grunt no one had ever heard of to face Labour’s Shadow Chancellor. He took the hit for the Chancellor’s lies, leaving Osborne relatively off the hook.

Twitter had a few things to say about the exchange:

One user commented on how McDonnell said that the EU is not the only issue of national sovereignty:

John McDonnell must be the first #bbcqt guest to note that the power big business have accumulated is an issue of sovereignty.

And some joked about the abysmal rate of tax Google pay:

Osborne to lower top tax rate to 40% to bring it more in line with the 3% paid by Google. #bbcqt

This week, Osborne stood in the House of Commons and told a premeditated lie to the British people. The faithful press – The Daily Mail and The Telegraph – then eagerly reported what he said as fact, as he knew they would.

Meanwhile, the BBC omitted the story, apart from a brief mention in a different story after it came up on Question Time. But if it is clear that the Chancellor is outright lying to the British people, our public service broadcaster should report on it properly. Otherwise, Osborne will never be held to account for his lies.

Accountability is the foundation of any meaningful democracy. For that reason, we must hold politicians to account, or they will just continue to abuse their power.

– Support The Canary so we can continue to bring you the context that matters.
– Write to your MP to express your discontent with Osborne’s lies.
– Pledge to take direct action.