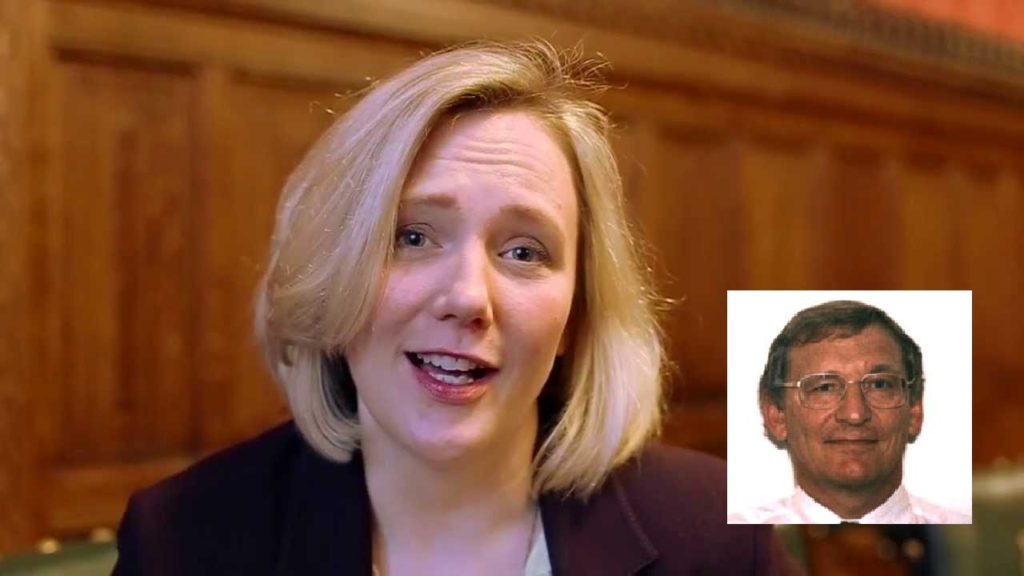 Labour MP Stella Creasy had a heartless charity boss kicked out of parliament – because he shrugged when challenged over his responsibility for families who are being forcibly evicted from their homes.

The MP for Walthamstow poured scorn on the chief of the Glasspool Trust for his decision to sell off dozens of flats to a property developer – and without telling residents.

Keith Nunn, a former oil firm executive, is the chair of trustees at the Trust –  a charity which was set up 75-years ago to help poverty-stricken families.

Nunn, along with other trustees at Glaspool, sold 63 properties on the Butterfields estate in Walthamstow, London to a private company without first informing residents.

Many are on low wages and benefits and were given assurances they would never be evicted.

But when tackled over his duty of care to the residents – many of whom are now homeless – Creasy claims he just shrugged his shoulders and said ‘it happens’.

A fuming Creasy took to Facebook to vent her frustration with the charity boss she claims she had ejected from parliament.

For the first time in six years I have thrown someone out of parliament.

The chair of Glasspools had the temerity to suggest they have no obligations or concerns for the residents of the Butterfields estate who are being made homeless because of their decision to sell the properties to a private development company.

Despite Glasspools charitable objective being to prevent destitution he just shrugged and said it was ok because they had made money and ‘it happens’.

I said Glasspools weren’t a charity, they were a disgrace and needed to take a long hard look at themselves and what they owe those families now facing an uncertain future.

If they think they can treat the lives of Walthamstow residents as collateral damage in their investment schemes they are mistaken! ‪#‎angrymp‬

The charity said it sold the properties to devote more of its resources to help poor people, through direct grants.

It said the new owners, Butterfields E17 Ltd, made assurances that no existing tenants would be evicted – a pledge the property firm staunchly denies.

Two of the flats have been sold for £300,000 each with more up for sale, as the property firm says it is likely to evict more tenants to sell the homes for a profit.