There is a crisis at the heart of Britain's conservative movement, bigger than the EU or IDS - Canary 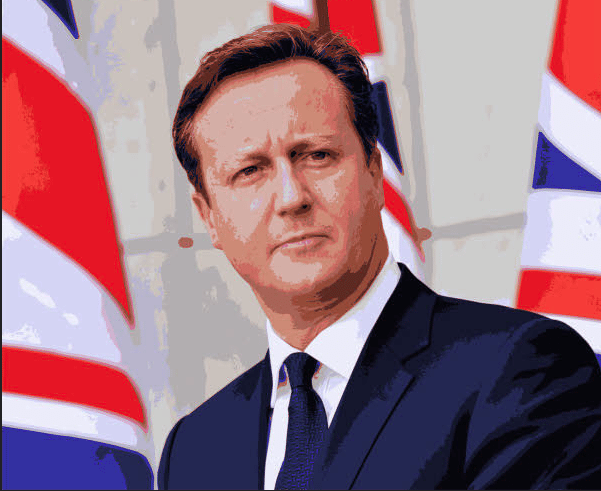 The front page of today’s Sunday Times features a full assault on Conservative chancellor George Osborne as “unfit’ for the job, as the conservative media turns against the Cameron government. This front page, and the battles of the week, expose the crisis at the heart of Britain’s conservative movement. 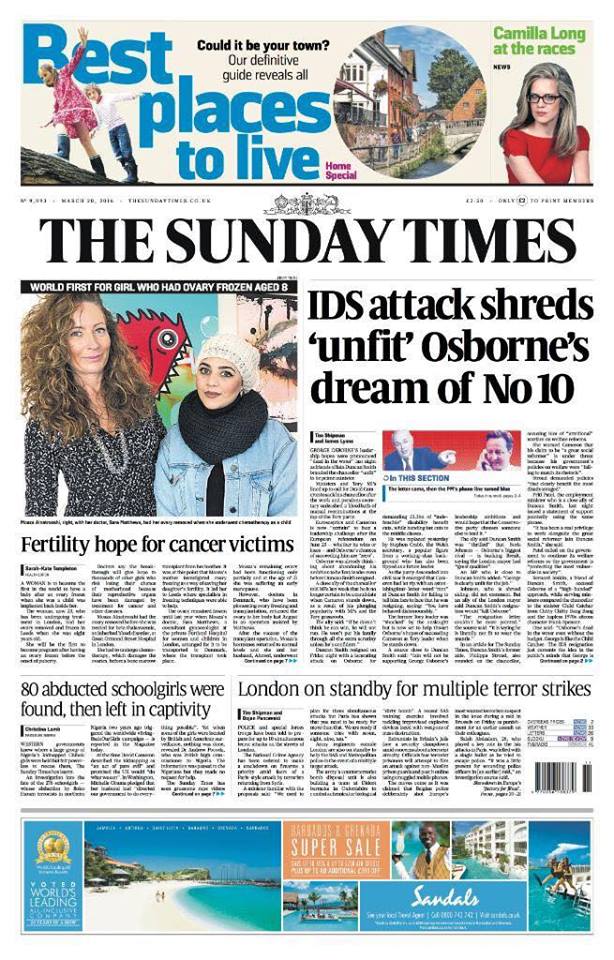 The Sunday Times attack comes after the resignation of Iain Duncan Smith, the publicised departure of prominent columnist Tim Montgomerie from the Conservative party, ever louder noise coming from pro-conservative website Conservative Home, and a stinging rebuke of the 2016 budget by The Telegraph. There is a crisis at the heart of Britain’s conservative movement, and it is bigger than the EU or Iain Duncan Smith.

It is about class.

As The Telegraph warned in December 2015:

The class divide between the top and bottom of the Conservative Party has never been so wide.

There has always been a class divide in the Conservative party, between the Old School Tie Tories who sought to conserve the power and interests of their class, and the New Tories – the working and middle class Conservatives who believed that people are entitled only to that which they have worked for, unless they were by some reason of mental or physical condition incapable of doing so – in which case the welfare state would ensure those people were not thrown into poverty by inescapable life circumstances.

The New Tory view doesn’t often chime with those of us who see the welfare state as a broader project than a safety net, those of us who see it instead as the foundation on which to build a society. But whether we agree with the New Tories or not, we must acknowledge that they hold a very distinct and separate ideological position to mere preservation of privilege.

We must remember that it was Conservative Prime Minister John Major, for his many faults, who brought in the Disability Living Allowance (DLA) – the very benefit which many of us outside the conservative movement fought to defend from Iain Duncan Smith’s cuts. So the New Tories have, in the past, made at least this one (in truth, there are others) progressive contributions to the welfare state.

But the New Tories lost control of the party with the election of David Cameron as leader in 2005. Cameron sounded like a New Tory, with his abandonment of traditionally conservative positions on social issues, and a plea to compassionate conservatism. When Cameron addressed his first Conservative Party Conference as leader in 2005, he said:

We meet in the shadow of a third consecutive election defeat, defeated by a government that has complicated the tax system, dumbed down the education system, demoralised the health system and bankrupted the pension system.

It has made promises that no one believes, passed powers to a European Union that nobody trusts and set up regional assemblies that nobody wants and nobody ever voted for.

Flash forward to 2016 and Cameron and Osborne’s bogus and ideological austerity has exacerbated all of these issues.

In education, half of Britain’s teachers are looking for other jobs as morale hits its lowest ever ebb. At the same time, Cameron’s government is forcing all state schools to be privatised by stealth, by turning them into academies – limited companies outside the control of Local Education Authority control.

On tax – the largest corporations in the country are being granted sweetheart deals and often pay little to no taxes at all. Meanwhile, small businesses and contractors are being hammered by Osborne’s latest budgets.

The NHS is buckling under the PFI debt it was shackled to by first New Labour and then the Coalition/Conservative governments. The service has been de-nationalised, and parcels are being sold off to private companies like Serco, Circle and Virgin Healthcare. There is also on ongoing war between Jeremy Hunt and Junior Doctors as he attempts to force new and unfair contracts on the

There was, and is, a wing of the Conservative party and the wider conservative movement that have been growing ever more uncomfortable with the cronyism and short-term asset stripping being delivered by Cameron’s front bench. Not only ideologically and morally, but tactically – they remember being in the cold for decades after the Major government crumbled. They don’t want to become once again tainted by the ‘Nasty Party’.

They also believed Cameron when he promised that his government would be one of aspiration, where people who wanted to get on in life were empowered to do so. Back in 2005, he said:

I want to be able to say to the mum who’s thinking, “How will I pay for Christmas?” and worrying how to get the kids to school: “Yes, we want to leave more money in your pocket, but we know the value of good public transport, too, so we’ll share – that’s right, we’ll share – the fruits of economic growth between tax reduction and public services”; to the people living in our inner cities of all races and religions, grappling with the problems caused by family breakdown, poor housing, and low aspirations: “We know we have a shared responsibility, that we’re all in this together, that there is such a thing as society; it’s just not the same thing as the state.”

Flash forward to once more to 2016, and social mobility in the UK hasn’t just stalled, it’s going backwards. As Iain Duncan Smith wrote in his resignation letter, his departure was in part driven by that class-based difference in view on the welfare state and social mobility.

Expanding his view during an interview with the BBC’s Andrew Marr show on Sunday March 20, IDS detailed his realisation that Osborne was fueling gifts to wealthy Tory voters, by cuts to those least likely to vote Conservative (the working and non-working poor). He told Marr that while he had always seen the welfare state as something that should remain as small as possible, he understood it’s value in supporting people into work, or supporting those unable to work. Over the course of time, he now feels that to George Osborne (and the Old School Tie tories):

“it just looks like…a pot of money, that it doesn’t matter because they don’t vote for us”.

In short, Old School Tie Tories were making policy on the basis on personal and political interest – and not the national interest. Or as he put it in his letter, where he wrote:

I am unable to watch passively whilst certain policies are enacted in order to meet the fiscal self imposed restraints that I believe are more and more perceived as distinctly political rather than in the national economic interest.

“This was not just about his objections to one change in disability benefit, he was questioning the fundamental principles underpinning the government.”