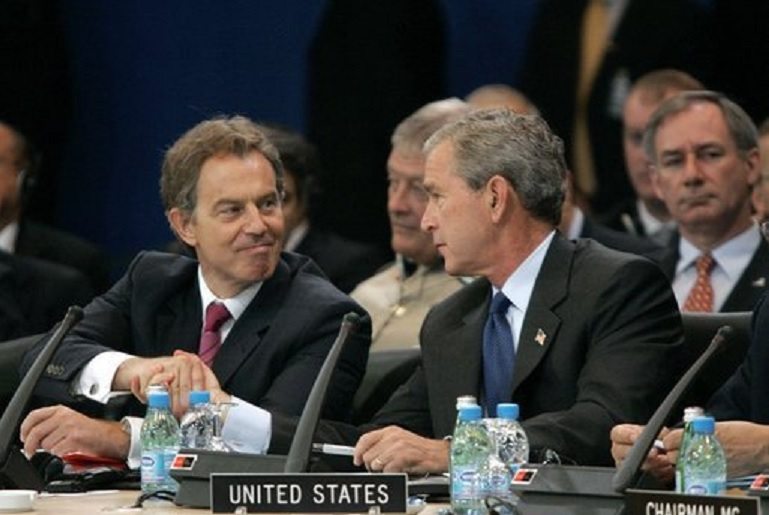 Over ten years ago, a cross-party group of MPs led efforts to impeach Prime Minister Tony Blair for taking Britain to war in Iraq on false pretences. Now, with the Chilcot Inquiry into the invasion set to come out in July, there have been renewed calls for Blair’s prosecution.

Former First Minister of Scotland Alex Salmond led SNP opposition to the Iraq war back in 2003 and was involved in the opposition attempts to impeach Blair. Now Foreign Affairs Spokesman for the SNP, he has expressed his desire for international criminal proceedings against the former prime minister to begin as soon as the long-awaited Chilcot Inquiry is released.

If Chilcot finds – as I hope and believe he shall – that Blair pre-committed to war in the Crawford Ranch in 2002…, in my view everything that happened after that was a fabrication in order to provide a justification for a decision that had already been made… So that’s dodgy dossiers, slanted intelligence and a whole panoply of deception that was designed in order to justify that original pre-commitment…

According to memos from former US Secretary of State Colin Powell which were released in 2015, Blair had offered his “strategic, tactical and public affairs lines” in order to “strengthen global support” for war in Iraq a year before it actually began. This revelation appears to back up Salmond’s talk of a “pre-commitment”.

If the Chilcot report finds that causal link then that would in my view provide the body of evidence and therefore it would be up to a group of citizens to take this evidence to the office of the prosecutor of the ICC [International Criminal Court] and ask him or her to investigate… The crime would be the crime of aggression.

Speaking about why it was so important for the former prime minister to be tried over the invasion of Iraq, Salmond insists:

Time to put the matter to rest

There has long been strong criticism of Tony Blair’s drive to war in Iraq, and the Chilcot Inquiry may finally help Britain move on. And although it will only be published on 6 July, two weeks after the EU referendum, Salmond and other MPs seeking Blair’s prosecution look set to begin meetings beforehand in preparation. As the limited remit of the ICC may hinder their efforts, they will have several weeks to seek alternative legal avenues.

In fact, the Labour party may also benefit from putting the matter to rest once and for all. While it has been changing slowly in recent months under the leadership of committed anti-war activist Jeremy Corbyn, Former Lord Chancellor and loyal Blair supporter Lord Falconer admitted in 2015:

The reality is that Tony Blair sent Britain to war in Iraq based on unproven claims about Saddam Hussein having weapons of mass destruction. A million Iraqis were killed as a result, and thousands of children would soon be born with horrible deformities and suffer a plague of cancers due to the Coalition’s use of white phosphorus and depleted uranium.

The context of resistance in Iraq also helped to increase the popularity of violent Wahhabi fundamentalists, including the forerunners of Daesh.

With the upcoming publication of the Chilcot Inquiry and the possible prosecution of Tony Blair, Britain may soon take a big step closer to ensuring that the mistakes of the past are never repeated again.