Voters suggest possible replacements for David Cameron, and he's not going to like them (TWEETS) - Canary 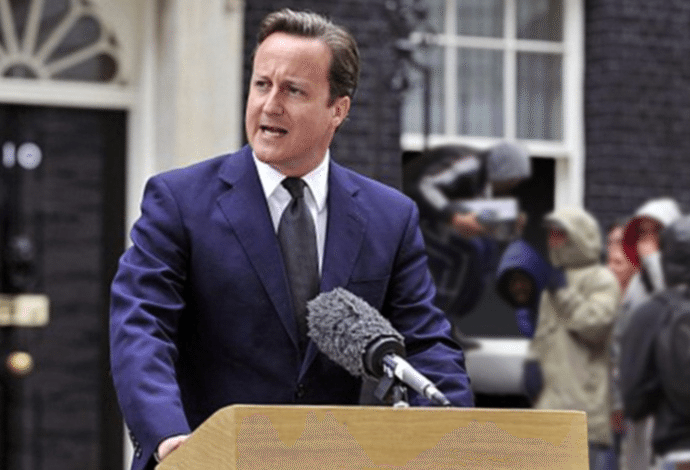 As we know, David Cameron will not be Conservative leader come the next general election – and members of the public have been busy helping the party with useful suggestions for the next leader. Well, sort of.

It all started with a brilliant piece in Huffington Post by Will Black, entitled ‘Who Can Replace David Cameron?’ In it, Black writes:

The Tories and their media can be like a broken record in their questioning of Jeremy Corbyn’s ability to lead the country. However, as David Cameron has already said he will not lead the Conservative Party for a third term, a more pressing question is which Tory is going to be able to take the reins from Cameron.

The issue will no doubt come into sharper focus after the EU referendum, but it is worth considering the options now. The Party does not seem to be spoilt for choice.

A recent Ipsos MORI poll, commissioned by London Evening Standard, found Corbyn to be leading both Cameron and George Osborne, in terms of satisfaction with their leadership. Some 35% were satisfied by Corbyn’s leadership, against 34% for Cameron and 27% for Osborne.

Black later took to Twitter to joke about the responses he was getting to his question, and added the hashtag #WhoCanReplaceDavidCameron.

I posed the question #WhoCanReplaceDavidCameron?

Getting some funny replies (eg pig's head). Keep them coming!

Then of course, came the free-for-all.

#WhoCanReplaceDavidCameron
Kermit The Frog
They have similar taste in women. pic.twitter.com/PISs2wyT60

Black himself couldn’t help but contribute to the hashtag, giving us this useful meme.

However, some people engaged with the question semi-seriously. Although, their suggestions might end up more damaging for the party than a kitten or a horse. 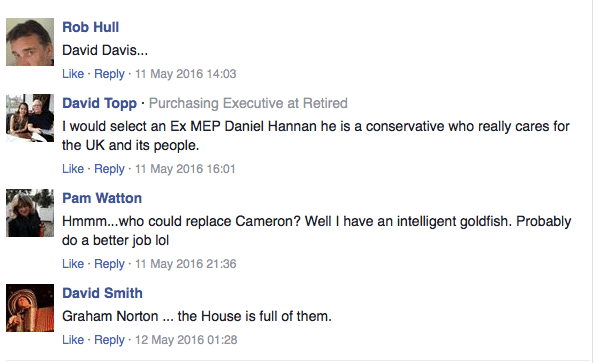 But jokes aside, The Canary has written previously on the crisis at the heart of Britain’s conservative movement. There is seemingly no prospective candidate that would unite party and public. Boris Johnson may have some hope – although it is decreasing by the day – to leverage his public profile into votes. But much of the party hates him. Michael Gove might unite the party, but his popularity with the public rests somewhere between Thatcher and Chairman Mao. Add to this the potential, given current police investigations, that the next election may be triggered by the alleged rigging of the last – and you have a potent cocktail for disaster with the Conservatives.

Whenever, and however, David Cameron leaves Number 10, the Conservative party is headed into stormy waters.