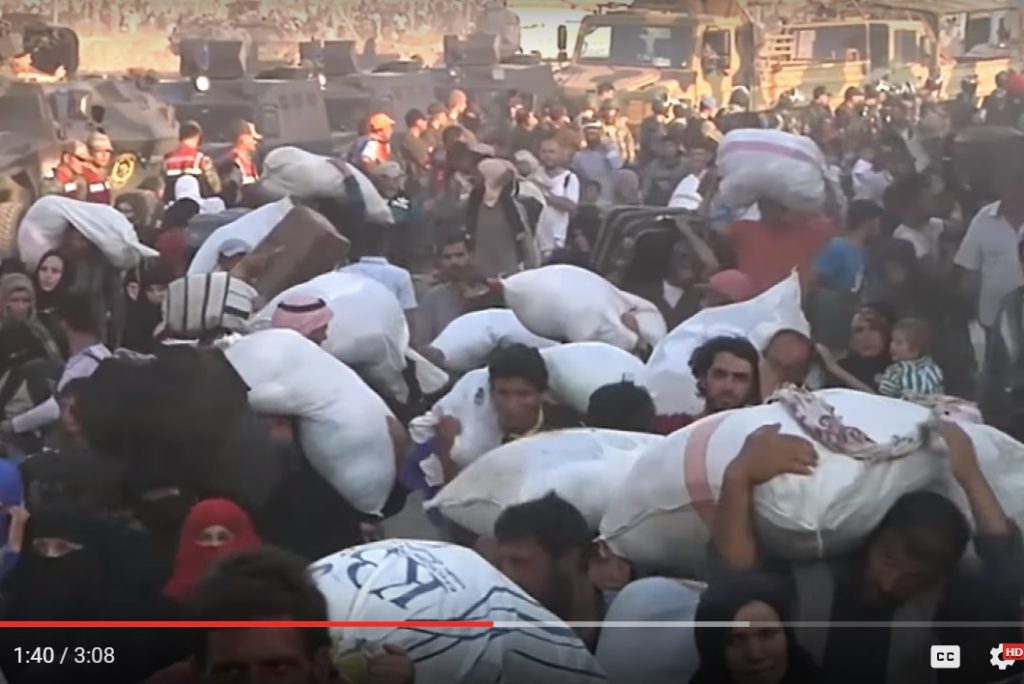 Germany’s parliament outraged the current Turkish regime on 2 June by approving a resolution which referred to the mass killing of up to 1.5 million Armenians by the Ottoman Empire as genocide.

Turkey has officially recalled its ambassador in response to the vote, and President Recep Tayyip Erdoğan has insisted that his regime will “do whatever is necessary to resolve this issue”. Prime Minister Binali Yildirim, meanwhile, claimed Germany’s decision was a “historic error”, stressing stubbornly that:

There is no event in our past that would cause us to bow down our heads in embarrassment.

But the vote in Germany’s lower house – the Bundestag – was almost unanimous, in spite of MPs facing threatening and abusive emails beforehand. In the speeches of many ministers during the debate, it was clear that the decision was also about recognising German responsibility in the genocide. The German Empire has been accused of knowing about the actions of its wartime Ottoman allies but not acting to prevent them.

A context of increasing tension

The President of the Bundestag, Norbert Lammert, began the debate by stressing that the current Turkish regime:

is not responsible for what happened 100 years ago, but it does have responsibility for what becomes of this [today]

This may have been a reference to the fact that Turkey is currently waging war on another internal ethnic minority – the Kurds. In March, the Documentation Center of the Human Rights Foundation of Turkey (TIHV/HRFT) released a fact sheet revealing that military actions during curfews in Kurdish communities between August 2015 and March 2016 had killed at least 310 civilians. The Canary has covered the war crimes and destruction in just two of these areas – Cizre and Nusaybin.

In Britain, thousands of people marched in London against Turkey’s war back in March. And recently, Turks and Kurds have launched a campaign to boycott tourism in Turkey.

With human rights groups talking more and more about the deteriorating situation in Turkey, and the Turkish regime continuing to reject peace talks and insist on militarism, the country’s much-criticised refugee deal with the EU looks seriously at risk. And now, it seems Turkey is slowly losing one of its best friends in Europe – Germany. The current tensions over Berlin’s recognition of the Armenian Genocide, and German comedians’ intensified mockery of President Erdoğan, could very easily push the refugee agreement even closer to collapsing.

During the first world war, the conservative nationalists in charge of the Ottoman Empire saw local Christians – largely from Armenian, Greek or Assyrian backgrounds – as pro-Russian saboteurs. Trying to create a territory with only one religious and ethnic identity, the Ottoman rulers began an intensified campaign of persecution in 1915, which started with the execution of around 50 Armenian intellectuals and community leaders. Christian citizens had not been involved in acts of violence.

Armenians and other Christians were forcefully relocated to what the BBC describes as “barren desert regions where they died of starvation and thirst”. Up to 1.5 million Armenians died or were murdered on this journey and, in total, up to 3.5 million Armenians, Greeks and Assyrians may have been killed between 1914 and 1923.

The European Parliament has formally recognised these events as genocide, as have more than 20 nations and most non-Turkish historians. But because Turkey continues to reject the term ‘genocide’ and insists that many of the dead were killed during the hostilities of world war one, the UK and the USA don’t speak about the events as genocide.

For more on Germany’s official recognition of the Armenian Genocide and the heightened tensions which have followed, see the video below:

– Write to David Cameron and your MP to ask them why Britain still avoids the subject of the Armenian Genocide and to ask them to encourage the Turkish regime to resume peace talks with its Kurdish communities.

– In the meantime, join at least 400,000 Brits who have cancelled holidays in Turkey, and support the boycott campaign here.