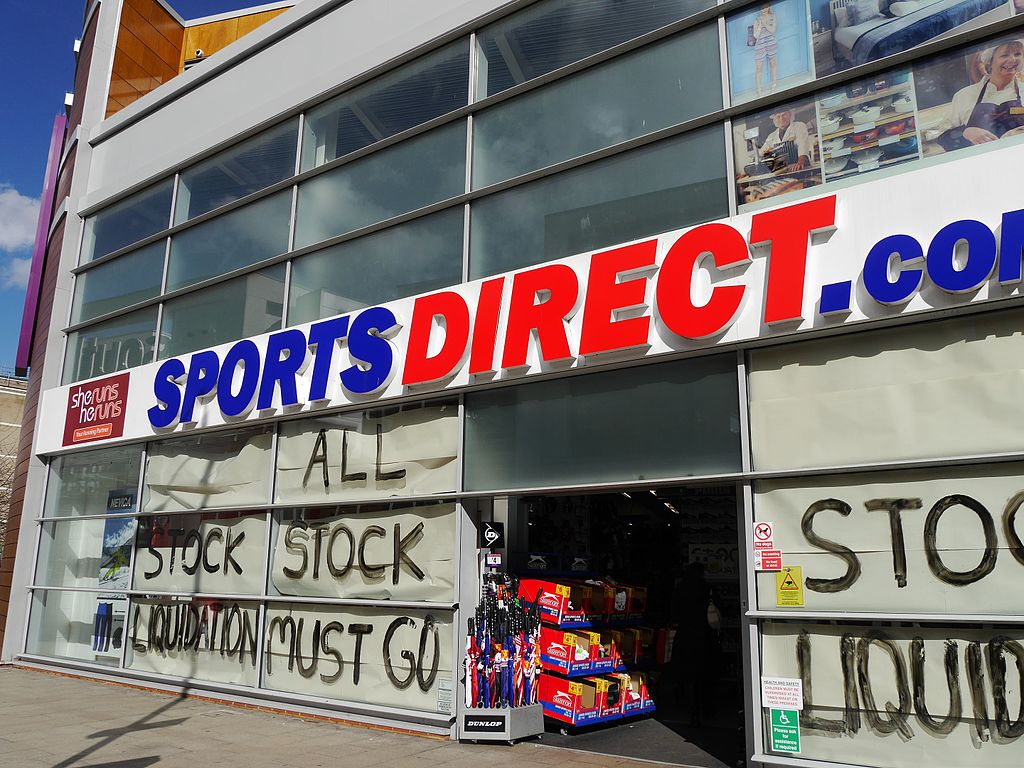 The founder of Sports Direct, Mike Ashley, has appeared in front of MPs to answer questions from the Business, Innovation and Skills Committee.

Ashley had previously refused to appear before the panel to answer questions about dangerous and exploitative working practices at his company. But he finally agreed after claiming he wanted to defend the firm’s “good name”.

However, his appearance has done far from this, and as evidence from Unite the Union has revealed – Sports Direct have operated a “culture of fear”.

There are a myriad of abuses Sports Direct staff have faced. These have included three-quarters of their staff being on zero hours contracts, effectively not paying the minimum wage through their practices which include searching people at the end of the shift (which can take up to 15 minutes), and docking 15 minutes pay if an employee is one minute late.

This video shows Sports Direct workers being searched at the end of a shift:

However, Ashley has now agreed with HM Revenue and Customs that Sports Direct will compensate warehouse employees for their loss of wages. Furthermore, he admitted to MPs that the practice of docking 15 minutes pay was “unfair” and that:

If it happened to one of my kids I wouldn’t be impressed.

Sports Direct operate a strike system with employees – six strikes and an employee is sacked. Workers have accumulated strikes for taking too long on a toilet break; too much chatting; if they’ve had to take time off due to having a sick child and after returning after a period of sickness themselves.

It is these practices which have lead to the “culture of fear”. Luke Primarolo, regional officer at Unite the Union, described how workers in the Sports Direct warehouse at Shirebrook in Derbyshire felt:

They are scared because they’re working under the strike system, which means that those who work through an agency don’t have any recourse. If they’re accused of doing something wrong, they’re given a strike.

This has lead to workers being so afraid that they’ll lose their jobs that they have gone into work with potentially life-threatening conditions. According to figures from Unite, there were 110 ambulance call outs to the warehouse, with 38 of these being for chest pains.

Furthermore, five ambulances were called for pregnant women relating to births and miscarriages with one woman giving birth in the toilets. It is no wonder that Unite have described the working conditions as “Victorian”. Steve Turner, assistant general secretary of Unite described them as being like a “workhouse” or “gulag”.

Responding to the criticisms, Ashley did not come across well – admitting shortcomings, and virtually conceding that he might not be good enough for the job:

I can only do my best but my best might not be good enough.

This is certainly a view backed up by one of their shareholders, Royal London, who own 1,057,691 shares worth £3.85m. Piers Hillier, Chief Investment Officer at Royal London Asset Management stated:

Today’s select committee hearing has highlighted that significant corporate governance failings amongst the management of Sports Direct still exist and are yet to be addressed. We firmly believe that, over the long term, shareholder value is intrinsically linked to corporate governance and companies ignore this at their peril.

Despite the fact these issues have come to light through the work of the union, and investigative journalism, Ashley still claimed his company was the best way of dealing with the issues. Asked whether he would be willing to engage with Unite, Ashley replied:

I believe Sports Direct can do a better job for employees than Unite.

There are no situations where a billionaire business owner will ever look after worker’s rights better than their union. All Ashley and Sports Direct care about are their profits. There is no excuse for running a company where so many are employed on zero hours contracts, or where staff are so scared of losing their jobs they end up giving birth in a toilet. The only reason these things happen is because someone at the top wants to make a vast profit. And this profit comes at the expense of their workers.

As the government continues to clamp down on unions with the Trade Union Act, it is important to remember how important the collective organising power of workers is, how we need to stand in solidarity with each other across all sectors, and work towards a world where the likes of Mike Ashley cannot become billionaires through exploitative and abusive working conditions.

Support Unite’s campaign to get a fair deal for Sports Direct workers.

If you’re not already, join a union, and work towards protecting yours and other workers rights.