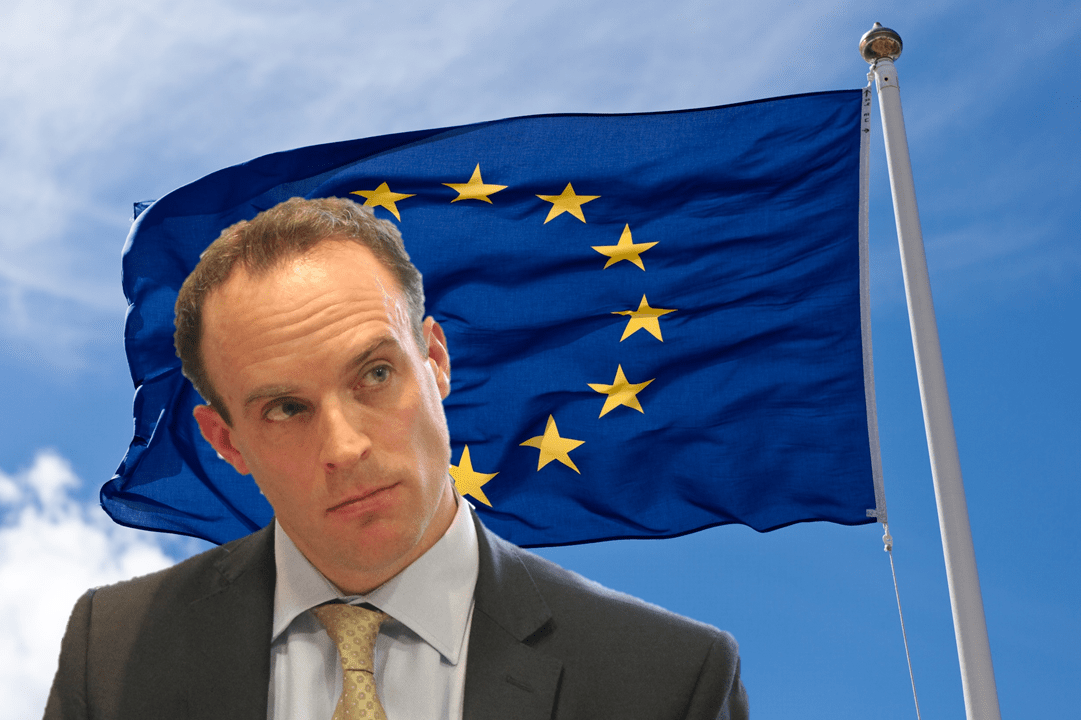 Justice minister and Vote Leave spokesperson, Dominic Raab, appeared on BBC Radio 4’s Today programme (iPlayer from 2:35:42) to publicise a newly released dossier of 50 criminals the UK has been unable to deport due to EU law. However, interviewer Mishal Hussein didn’t have to push particularly hard to cause his entire argument to fall apart.

Perhaps most striking was not the quality or otherwise of the Vote Leave evidence, but the utter cluelessness of a man who is not only a minister in the Department of Justice (DoJ) but is also regarded by many as the bright shining future of the Conservative party.

Raab asserted that the inability to deport the people detailed in the dossier meant that British families had been put at risk. Hussein began with a simple question: “How many of the 50 in this dossier are behind bars?” The implication being that British families are unlikely to be at risk from someone who is securely locked away. It was too much for Raab: “I’m not sure,” he spluttered. “I don’t know the exact number”. He attempted to paint the dossier as “illustrative”, suggesting that because the people couldn’t be deported they either had been released into the community or would be at the end of their custodial sentences.

At no point did Raab offer any suggestion that some of these villains might have been rehabilitated during their time inside. There seemed to be a distinct presumption that these are all bad people who will always be bad. And the whole angle being peddled by Vote Leave carried the whiff of xenophobia, exploiting the stereotype of the villainous foreigner who we need to boot out at all costs. Never mind that the far more pertinent issue is the shocking level of reoffending among ex-prisoners, regardless of nationality.

Although human rights is his area of responsibility at the DoJ, Raab is known for his enthusiasm for deportation. In 2014 he tabled an amendment to the Immigration Bill requiring mandatory deportation of all foreign prisoners sentenced to a year or longer.

But Vote Leave are in no doubt that this movement of criminals should strictly be in one direction only. In March they published another dossier of criminals from other EU countries who had entered the UK. Vote Leave’s Chief Executive, Matthew Elliott claimed that EU membership meant: “We’ve allowed EU judges to hang out a welcome sign to individuals the public would rightly expect never to be allowed into the UK.” The dossier didn’t acknowledge the 6,000 people from the European Economic Area (EEA) who had been refused entry since 2010.

There are likely to be at least the same number of convicted British criminals still free to live in other EU member states. If, by leaving the EU, the net difference on this point simply becomes an exchange for sending back foreign criminals in return to welcoming home British ones, does that make our country any safer?

It’s worrying that Raab appears so ready to resort to scaremongering and ill-considered claims given his supposed status as a Conservative leadership hopeful and one of the party’s fresh new thinkers. A co-author of neo-liberal fantasy tract Britannia Unchained and member of the Free Enterprise Group, he represents the Conservative party’s thrusting right wing, desperate to shrink the state, deregulate and privatise. Given the pasting he took on the Today programme, it might be a while before he makes it to the top table.

Read The Canary’s coverage of the EU referendum debate.