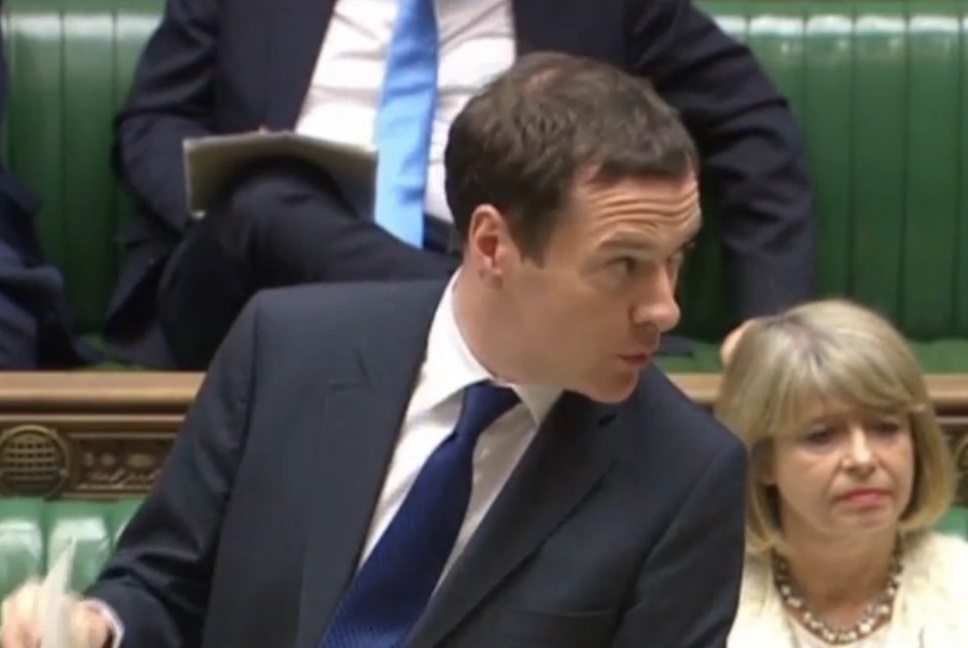 Chancellor George Osborne just got slammed in parliament by the Speaker of the House of Commons, John Bercow, for using his platform to attack the Labour party rather than answer questions.

Osborne was supposed to be answering questions in the Commons on 7 June, but he deflected instead. He scoffed:

If the Labour party wants to contribute to this important debate about how we make our economy more productive, I think we are going to need a better contribution.

The fuel behind his comment was an email from a Labour backbencher which had been leaked to GuidoFawkes. Bishop Auckland MP Helen Goodman had written to the Shadow Chief Secretary to the Treasury’s parliamentary aide, Julie Cooper, criticising Labour’s planned questions for largely avoiding talk of the upcoming EU referendum.

But when the Chancellor began to read out the leaked email, Bercow quickly cut him off for avoiding the question he had been asked. The Speaker insisted:

The Chancellor should remain seated. If that is the sum total of what he has to contribute on his feet in response to that question, frankly it wasn’t worth the breath. Utterly feeble and constitutionally improper. Learn it, it’s very simple.