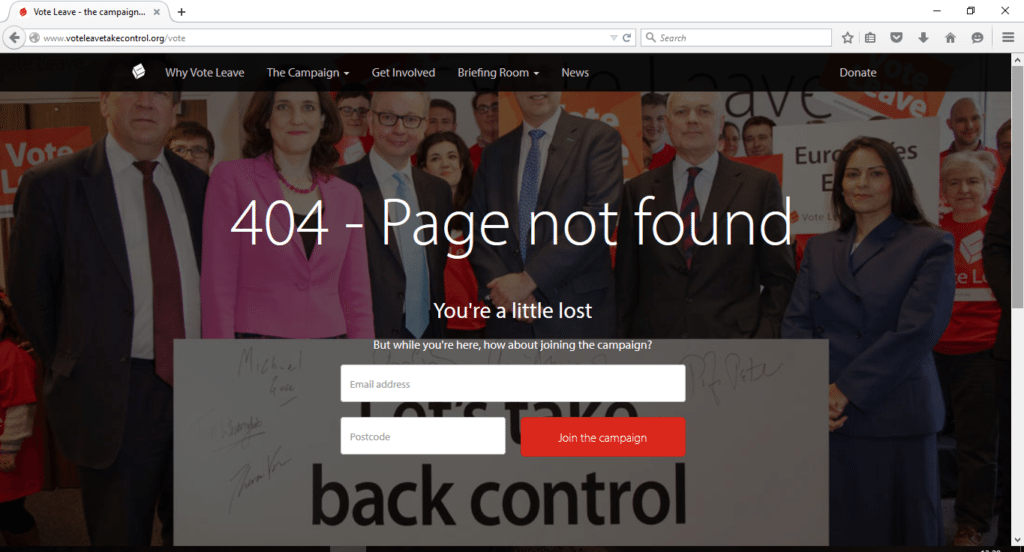 The Vote Leave campaign have been accused of tricking the public out of their vote in the EU referendum, by advertising a fake ‘register to vote’ page on their website. Furthermore, the campaign paid for a Google advert linking to the page that appeared above the official government registration page in search results. 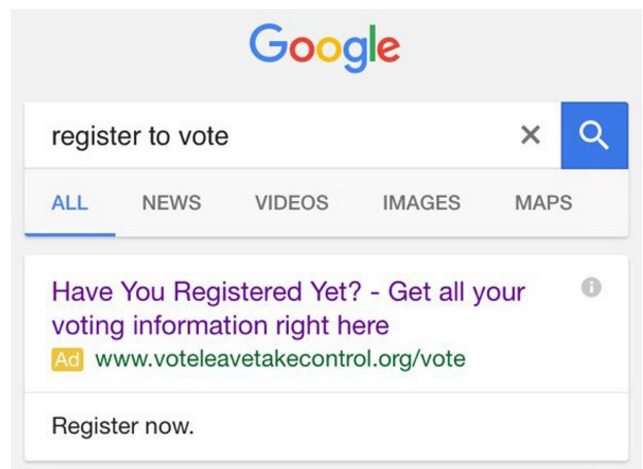 The link initially took readers to a page that said “Register to vote now!”, but actually just registered the user’s details on the Vote Leave contacts database. 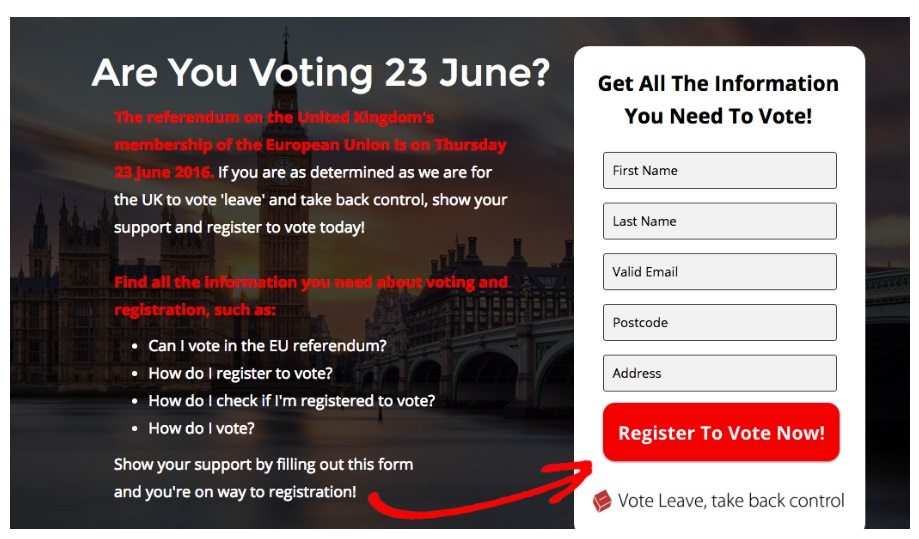 Nicky Morgan, the Education Secretary, and Labour MP Stella Creasy have called on the Electoral Commission to launch an urgent investigation into the matter. They said that:

This website does not enable people to register, and therefore could easily mislead people in to thinking that they have secured their ballot paper.

By securing a ranking for this site higher than the official registration site, Vote Leave’s underhand tactics could disenfranchise citizens without their knowledge who have in good faith used this site to try to register.

The Electoral Commission responded that it was not within their remit to investigate campaigns’ websites.

With only hours to go until the deadline to register to vote at midnight on Tuesday 7 June, this seems like a last ditch attempt by Vote Leave to derail Remain’s campaign encouraging young people to register. Young people are more likely to vote to remain in Europe due to concerns over employment. While a recent YouGov poll revealed that immigration was a central concern for only 18% of 18 to 24-year-olds.

Vote Leave have not responded to requests for comment on the allegations, but they have since deleted the page in question.

As we enter the final stages of a referendum campaign criticised for fear-mongering on both sides, it seems the Vote Leave campaign have plumbed new depths by attempting to interfere with the democratic process itself.

– Register to vote by midnight on Tuesday 7 June.