Clinton is the Democratic nominee for US president, say media fortune-tellers - The Canary 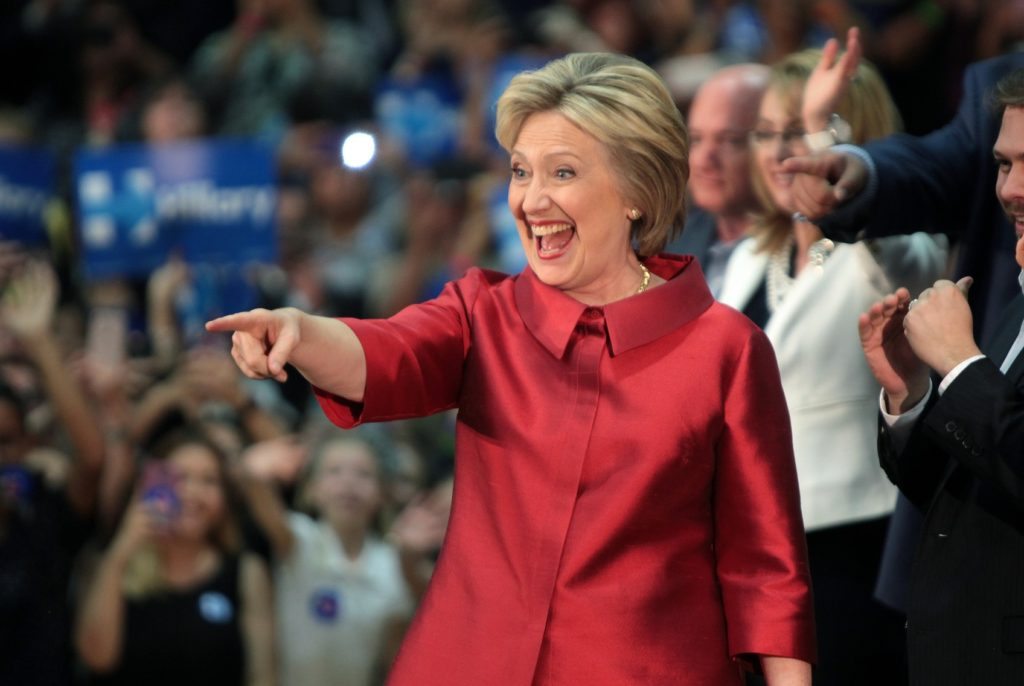 Hillary Clinton has won the race to become Democratic nominee for president of the United States of America. Or so the mainstream media would have us believe.

On 6 June, the Associated Press declared that Clinton now had the “overall support of the required 2,383 delegates” to become the Democratic Party’s nominee. This information was based on a count of pledged delegates from local votes and “a survey of party insiders known as superdelegates”. Although this data was disputed by Clinton’s opponent, and the official decision to make her the nominee had not been made, the outlet insisted with the confidence of a fortune-teller that:

she will formally accept her party’s nomination in July at the Democratic National Convention in Philadelphia.

The premature announcement, which came a day before the final round of state primaries on 7 June, sparked a media frenzy.

she will become the nation’s first female major-party presidential nominee.

This, the outlet said, was in spite of Clinton’s opponent Bernie Sanders winning “virtually all caucus states” and Clinton facing significant “voter skepticism of her trustworthiness and likability”.

CNN also rushed to predict the future, reporting that:

Once the results are in Tuesday night, the Clinton campaign will move quickly to bring Democrats together

This in spite of the fact that Sanders, it explains, is determined to stay in the race and win over Democratic superdelegates at the Philadelphia convention in July.

In the midst of all the media soothsaying, however, Clinton herself urged the Associated Press and others to hold their horses:

The race isn’t over just yet

Because both the Republican and Democratic parties have moved further and further to the right in recent decades, even a moderate centre-left figure like Bernie Sanders (loosely speaking: America’s Jeremy Corbyn) has been considered by some as a radical extremist. But as The Hill has pointed out, Sanders actually has a lot in common with Republican icons of the past.

Sanders’ slightly-left-of-centre policies have made him incredibly popular and successful in a political environment dominated by the extreme right. By promising to deal with the dangerous concentration of income and wealth at the top of society and get corporate money out of politics, he has helped to mobilise millions of citizens who are sick of the US political establishment. This has all come in a context of controversies and inconsistencies in Hillary Clinton’s political campaign, including intense criticism for taking big business money to fund her campaign and avoiding calls to release transcripts from speeches she gave to banking, corporate and financial services (from which she pocketed hundreds of thousands of dollars).

Many Democrats have little faith in Hillary Clinton, and some polls have even shown Sanders to be more popular among Democrats. Along with the effective mobilisation of anti-establishment citizens on the left, this reality has seen Sanders consistently outperform Clinton in hypothetical match-ups with presumptive Republican nominee Donald Trump.

For all these reasons, the Sanders campaign slammed the media’s “rush to judgement” about Clinton’s presumptive win on 6 June, saying outlets were:

According to Sanders spokesman Michael Briggs:

Secretary Clinton does not have and will not have the requisite number of pledged delegates to secure the nomination. She will be dependent on superdelegates who do not vote until July 25 and who can change their minds between now and then… Our job from now until the convention is to convince those superdelegates that Bernie is by far the strongest candidate against Donald Trump.

In other words, the battle is far from over. And even if Clinton does eventually win the race to become the Democratic nominee, she will likely have a massive battle on her hands in her attempt to get a tactical anti-Trump vote from a US population which still has serious doubts about her.

See other Canary articles about Hillary Clinton and Bernie Sanders.