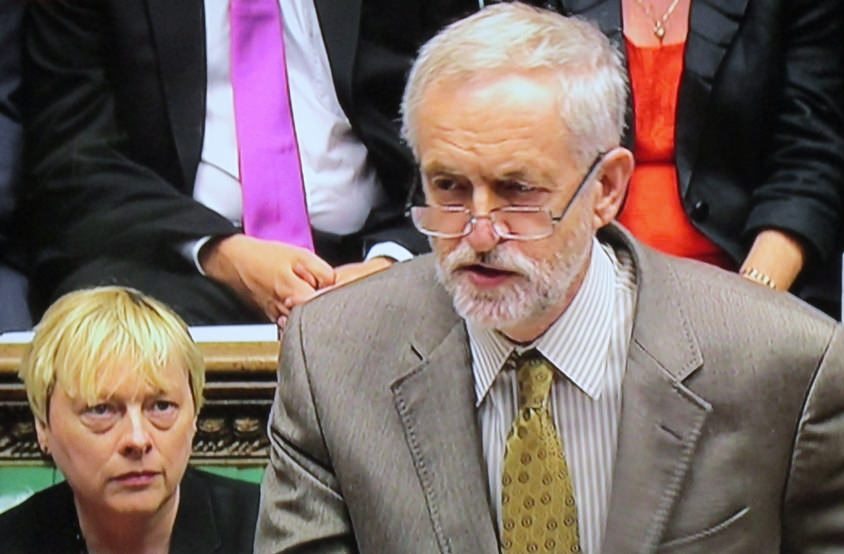 Following the Labour party’s stage managed coup against Jeremy Corbyn, and its vote of no confidence in him by 172 MPs, rumours are circulating about potential challengers for his position. Alongside the current Deputy Leader Tom Watson, MP for Wallasey Angela Eagle has been touted as a likely contender in the event of a leadership race.

But early indications of what confidence the party, and public, may have in her has not gotten off to a very good start.

Eagle put her full weight behind the current attempt to oust Corbyn. She was one of the dozens of MPs to resign from the shadow cabinet, in her role as Shadow First Secretary of State and Shadow Secretary of State for Business, Innovation and Skills. She has also spoken openly about wanting Corbyn to resign, saying:

I have examined my conscience and I have made this personal decision. I think it is in the best interests of the Labour Party that Jeremy now examines his conscience and makes a decision to leave with dignity.

So, we can be fairly certain she was one of the MPs who voted against Corbyn in the secret ballot on 28 June. However, it has emerged that any support for the motion of no confidence in the Labour leader was opposed by Eagle’s own Constituency Labour party (CLP).

In fact, her CLP explicitly requested she reject the motion:

So, Eagle may have acted against the wishes of her own party membership. But that should come as no surprise really.

As has been illustrated since the coup began, those who voted Corbyn in last year resoundingly still support him as leader. But the Parliamentary Labour Party (PLP) has stormed ahead with its coordinated sabotage attempt regardless.

The level of respect, or attention, the PLP have given to its membership and the public at large in this affair has amounted to a big ‘f*ck you, you dogs‘.

However, some of these ‘dogs’ are biting back. On the day of the no confidence vote a petition was started on Change.org which calls for:

Angela Eagle to resign as MP of Wallasey, as she does not represent our constituents views and our wishes. She should have supported Corbyn, not resigned. Keep Corbyn. Eagle Resign.

At the time of writing the petition has garnered 3,583 signatures. This is not an earth shattering number, but it is notably 3,411 higher than the number of people who have caused this sh*tstorm by calling for Corbyn to resign immediately after the UK was plunged into chaos following the EU referendum.

These early signs of what potential support Eagle could gain in a leadership bid do not bode well. And there’s a distinct lack of other candidates who look like they might be able to do better.

This begs a question: when the PLP decided it simply must act because it does not have confidence in Corbyn, did it stop to think whether there is anyone else the wider party, and the public, could have confidence in?