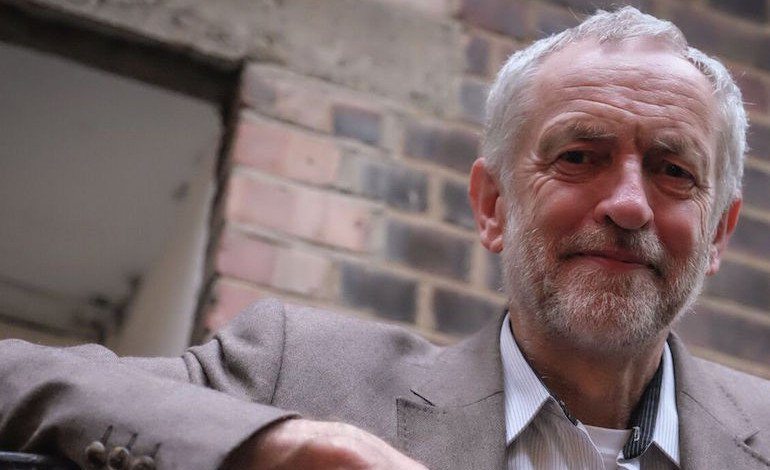 Labour party legal advice has said Jeremy Corbyn’s name will automatically be on the ballot paper if a leadership election is triggered, seriously damaging plotting Labour MPs’ chances of ousting him.

The Labour MPs who want to oust Corbyn have been counting on one thing: that they could keep him off the ballot paper in any leadership contest. If Corbyn failed to get enough nominations from the Parliamentary Labour Party to get on the ballot paper, then party members couldn’t vote for him and the tiresome business of democracy could be conveniently sidelined.

Or so they thought.

But since the resignations began to fly in the early hours of Sunday morning, the party’s own advice from law firm Doughty Street Chambers has been made public. That advice says:

The incumbent does not require to be nominated in order to appear on the ballot paper.

There has been much debate over the Labour party’s rules on nominations since Jeremy Corbyn became party leader for exactly this reason. The MPs who want to get rid of him know he is enormously popular with the party membership. Just last month, 72% of members thought he was doing well (up from 66% in November 2015), 53% thought it likely he would win a general election (up from 46%) and 64% would vote for him if he was challenged in a leadership coup (up from his 59% share of the vote last year).

Corbyn himself had categorically said his name would be on the ballot paper if a leadership election was triggered. The members were happy with him, and getting happier by the month. So, to install a new leader, the plotters had one option: to keep him off the ballot papers.

They thought they could manage this because Labour’s leadership election rules are fuzzy at best. Whoever wrote them probably didn’t envisage a situation in which an incumbent leader might struggle to get the nominations needed from parliamentary colleagues, despite being overwhelmingly popular in the party itself. The rules don’t explicitly set out whether the existing leader needs to meet the threshold of gaining nominations from 20% of MPs or MEPs, as challengers do.

But now the party’s legal advice from Doughty Street Chambers has been published by Huffington Post, and makes it clear that only Corbyn’s challengers need to secure nominations from fellow MPs, not Corbyn himself:

Labour advice from barrister Mark Henderson that Corbyn can be on ballot paper automatically without MPs nominations pic.twitter.com/Ji6vbf8Dkj

Now this legal advice is not the only piece of legal advice around. Corbyn’s critics reportedly have rival legal opinions. But it does put the plotters in a terrible bind. Corbyn will not stand down against the wishes of the party. The party will vote him back in if he is on the ballot paper. And now there is clear legal advice that he must be on that ballot paper. Those trying to oust Corbyn now find themselves engaged in a coup with no democratic mandate and a highly questionable legal basis.

They will not be happy; this coup, which seems to have taken an extraordinary amount of effort to manufacture, has been planned for months. Despite many MPs claims that it was triggered by Corbyn’s performance in the EU Referendum campaign, The Canary has been reporting since early March – more than a month before the campaign was launched – that a coup was planned for the summer, after the EU referendum but before the party conference. ‘Labour sources’ have made no secret of it; they have been briefing everyone from Huffington Post to The Times (paywall) for months that the coup would come this summer. And just two weeks ago, they briefed The Telegraph that they hoped to oust him in a “24-hour blitz after the EU referendum”. All they hid were their identities.

The reason it was planned for this summer is simple. They needed to wait until the May local elections and EU referendum were out of the way, so they couldn’t be accused of sabotaging them. But they needed to act before the party’s nomination rules are clarified, which could happen as soon as July. The Campaign for Labour Party Democracy has put forward a draft update to the rules, which is due to be looked at by Labour’s National Executive Committee in July. If it doesn’t happen in July, many believe the rule changes will happen in September, at the party conference.

‘Moderate’ Labour MPs believe that they have “one last shot” at ditching Mr Corbyn before his allies use this year’s party conference in September to change the rules to protect him from a ‘coup’ by the Parliamentary Labour Party (PLP).

But now the party’s legal advice suggests the rules don’t have to be changed, and Corbyn is already on the ballot paper.

With no democratic mandate for deposing Corbyn and no solid legal basis for keeping him off the ballot paper, the plotting MPs have one option left if they are to win their power struggle: to humiliate Corbyn into resigning. But if Corbyn can brazen it out, as hundreds of thousands of voters and tens of thousands of demonstrators are asking him to, he may yet have the last laugh. While the Blairites commit political suicide, Corbyn’s opposition cabinet will finally be unified and genuinely progressive. And that is what the country desperately needs right now.