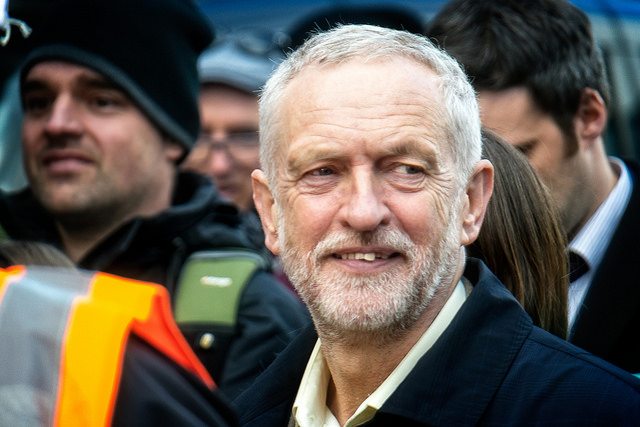 People are once again flocking to join the Labour party, in efforts to ensure any attempts to oust him by the Parliamentary Labour Party are foiled.

The 2015 Labour leadership election that Jeremy Corbyn won with a solid 59.5% mandate was characterised by one thing: the huge groundswell of support for dark horse Corbyn. By 10 January 2016, party membership was up to 388,407, almost double the 201,293 that were members on 6 May 2015. Now Corbyn faces a leadership challenge, it seems people are joining to support him once again – and if a recent poll is to be believed, it looks like his support is increasing, rather than dwindling.

The argument of the Parliamentary Labour Party is and always has been that Corbyn’s Labour is unelectable. According to a YouGov survey for The Times, this does not ring true with the party membership now as it did not in September last year – 64% said they would vote for Corbyn in a leadership ballot.

What’s more, these findings actually demonstrate an increase in support amongst full party members for Corbyn compared to when he was first elected. And if social media is anything to go by, this trend may only continue.

Since the coup came to light on Saturday, there has been a notable increase in people joining the Labour Party. Journalist Robert Peston has suggested that as many as 13,000 people have joined since last week, with 60% citing ‘supporting Corbyn’ as their reason.

On Twitter, people are openly discussing their new membership.

According to one Twitter user who shared their reason for joining:

I’ve been very impressed by Jeremy Corbyn’s refusal to give ground to the right on [racist and anti-immigration discourse] and on a range of other issues (public services, social security, sex worker rights).

The Canary also spoke to another who told us he actually joined before the coup came to a head on Saturday – but the reasoning is much the same. Despite having no faith in electoral politics, he has joined out of anger at the anti-Corbyn narrative pushed by journalists, saying:

It really matters to have a truly left-wing politician … in the public eye, someone who takes a principled stand and refuses to speak negatively about migrants, someone who turns up for strikes and so on.

Elsewhere on Twitter, a German migrant described Corbyn as “the first time I’ve had faith in the creation of an effective progressive party since Blair/Schröder”, and after the referendum “the country needs a strong, united progressive force.”

The Canary also heard from a person who said they joined to vote for Corbyn in the leadership election. Having had to leave previously for financial reasons, they rejoined this week in ‘disgust’ at the coup. According to them, “most of the coup members represent what I hate about the Labour Par.”

Another who got in touch, who had initially left the party in 2003 but has since rejoined, said “it’s really clear that the PLP just aren’t willing” to allow Corbyn to lead an opposition that “actually articulated anti-austerity position that didn’t pander to anti-immigration sentiment or scapegoat welfare recipients.”
Though this person stressed that Corbyn is not perfect, they added that if he was “as dreadful as they claim, his obvious failings would have become apparent, he would have lost support in the party.”

Evidently he has not. In fact, prior to the coup he had pulled ahead in the polls – not just among members, but the wider electorate.

Though the future of the Labour leadership is uncertain, a potential surge in membership once again signals one thing: the fight for Corbyn is far from over.