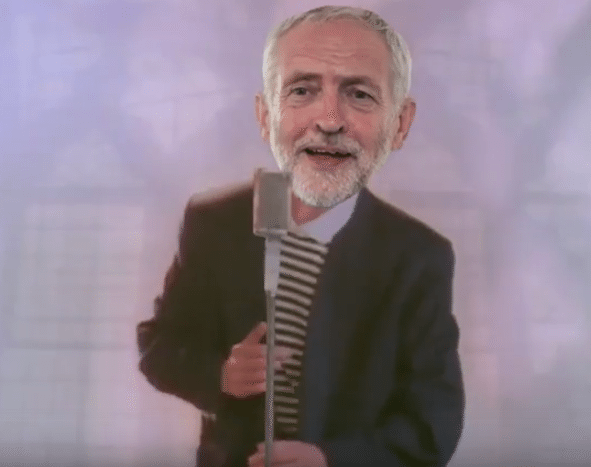 To say Jeremy Corbyn and his supporters are having a rough time of it at the moment would be an understatement. But thankfully, one Facebook user brought some much-needed amusement.

After the majority of Corbyn’s shadow cabinet quitting on Monday, and allegations of an orchestrated coup sweeping across the internet on Tuesday, things were looking decidedly sombre.

But YouTube user “Foxy1440” obviously decided some extra support was needed. And it comes in the form of a mash-up of eighties popstar Rick Astley’s hit “Never Gonna Give You Up”, with Corbyn’s head photoshopped in.

Facebook users came up with their own, ingenious amendments to the lyrics of the song:

This facebook user took the opportunity to express her obvious discontent with Monday’s events:

The amusing, yet subtly positive message of the video has obviously struck a chord – as it has been shared around 71,000 times.

172 Labour MP’s came out on Tuesday to support a no-confidence motion originally tabled by Margaret Hodge and Ann Coffey. But with grassroots organisation Momentum and trade unions all giving their support to Corbyn, any leadership challenge would still prove tricky to pull off.

Furthermore, Corbyn remains defiant, saying in a statement released on Tuesday that:

I was democratically elected as leader of our party for a new kind of politics by 60% of Labour members and supporters, and I will not betray them by resigning. Todays vote by MP’s has no constitutional legitimacy.

Harriet Harman, former deputy and interim leader of the party, seemed to disagree. Breaking with her usual neutral stance she said:

It is with great regret that I call on Jeremy Corbyn to stand down as leader of the Labour Party.  Jeremy has many great qualities but he is not a leader […] Jeremy earned the right to take up the leadership of the party with a big majority.  But he has failed and he has no right or mandate to stay in office despite his failure and take the party down with him.  Leading the party is a privilege not a right.

Whether Corbyn has “failed” or not is purely subjective, and Harman’s “call to arms” will fall on deaf ears amongst many of the membership and trade unions, who appear resolute in their support for their leader.

As Rick Astley says: “Never Gonna Give You Up”.

And it appears that that is how most of Corbyn’s supporters feel.