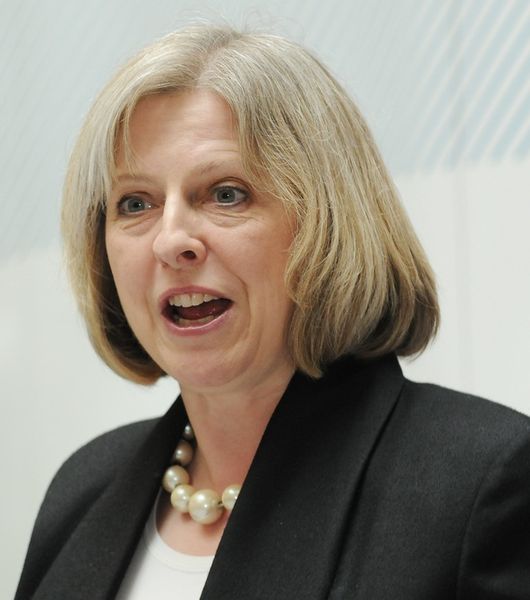 Theresa May, one of the forerunners to become our next Prime Minister, has announced that she is determined, with the help of the taxpayer of course, to renew the Trident nuclear programme. The government estimates that a renewal of Trident will cost £31bn, although others put the figure at over £100bn.

May said it would be “sheer madness” to give up the UK’s nuclear deterrent because of the threat posed by other countries, including Russia and North Korea. There is to be “no compromise”, in her words, if she becomes Prime Minister – nuclear weapons are the only thing keeping us safe from nuclear attack.

She has made it clear that the Conservatives are united in calls to build successor submarines to the existing fleet. In contrast, Labour is split on the issue, with leader Jeremy Corbyn saying he would never use them. So who can we trust on such a thorny issue? If we don’t renew Trident, does this really put our country in a state of existential vulnerability?

Despite the inherent secrecy of what really goes on in the North Korean government, it would be a leap of faith to say that the UK is under imminent threat from the country. But, is there evidence to suggest that the Russian and North Korean governments want to launch a nuclear attack on our island and are just waiting for our own nuclear disarmament to go ahead?

There is nothing substantial which suggests this. So when May makes such claims, she is demonstrably using fear tactics to gain public approval, as usually seems to be the case with calls to renew nuclear warheads. And if we look at public opinion on renewing Trident, a poll found that 79% of respondents support scrapping it. Other surveys point to support for a cheaper option, with far fewer voters seeing nuclear weapons as an important political issue compared to the 1980s.

May knows she has to resort to scare tactics, because nothing else will persuade voters to back the £31bn or more of taxpayers’ money needed to fund Trident, especially in the face of the austerity measures initiated and maintained by the current Conservative government. We have already been warned that Chancellor George Osborne may have to borrow an extra £19bn because of Brexit, so is this really the time to be investing so heavily in weapons designed for mass destruction, whose ‘deterrence’ is markedly questionable? This will be a hard pill for the public to swallow.

It is also worth highlighting the strategic doubts surrounding nuclear weapons. It has been argued by some that there has been a diminished nuclear threat to the UK since the Cold War (which a survey by IPSOS MORI indicates). Field Marshall Lord Bramall, former head of the British Armed Forces, offers his expertise on the subject, emphasising that nuclear weapons are:

completely useless as a deterrent to the threats and scales of violence we currently, or are likely, to face.

past [their] sell-by date…because we face enemies like the Taliban and al-Qaida, who cannot be deterred by nuclear weapons.

Chemical and biological weapons are now more serious threats. Some say that a limited nuclear strike may be an effective deterrent against such threats, which means it would be pointless to renew the Trident system.

Finally, there is the moral argument against possessing weapons of mass destruction. As Archbishop Desmond Tutu has put it, “Most intelligent people would agree that nuclear weapons spell the obliteration of the world.”

Theresa May wants the British public to fund an immoral and potentially ineffective weapons system, instead of schools, hospitals, and in building a better Britain.