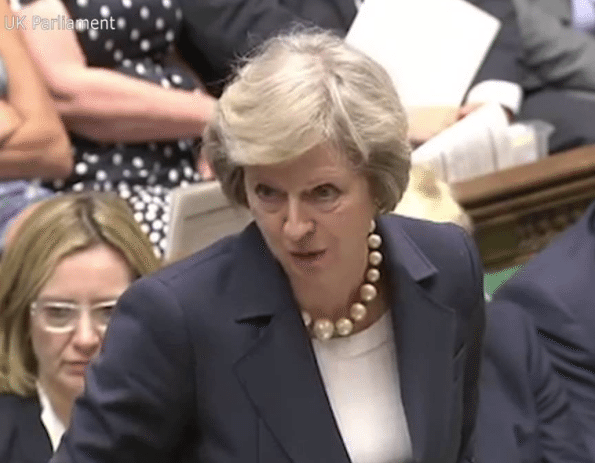 0 comments
Support us and go ad-free
After a series of cuts, which have included the abolition of the Department for Energy and Climate Change and the scrapping of the NHS bursary, Theresa May’s latest move sends a terrible message to the world.

The role was initially created by former PM David Cameron, after criticism over his lack of response to help Syrian refugee children. While Downing Street sources say the government is not downgrading the issue and the role’s responsibility will now be split between different departments, May’s actions have not been well received.

Tim Farron, the leader of the Liberal Democrats, said:

The new prime minister had a chance to step up and change the Tories’ position on the humanitarian crisis in Syria [but] the first signs of failure are already there. It looks like their fate and the fate of millions of other vulnerable refugees seeking shelter and security will be even worse under May.

While MP Heidi Allen, a member of May’s Conservative party who campaigned for Syrian child refugees to be allowed into the UK,  called the move a threat to the “incredible hard work and progress we made.”

With the government also ditching its policy to end child detention in prison-style immigration centres, after it revealed plans to close the new flagship accommodation, Cedars, for families being removed from the UK – May clearly has little intention of providing leadership in international efforts to manage the refugee crisis.

Despite her rousing speech at the start of her appointment as PM, we only have to look back to last October to the speech she made as home secretary to see her stance on the crisis. While she agreed that the 1.7 million refugees who fled Syria’s civil war were deserving of help, she stated that the help should take the form of aid dispensed to those who are staying in refugee camps in the Middle East, not to those who have fled to Europe. She defended the government’s decision to accept no more than 5,000 Syrian refugees a year, and criticised Angela Merkel for deciding that Germany would take in 800,000 refugees.

A quick look at her past voting record also confirms her unwillingness to support refugees and help solve the crisis. Earlier this year, she was one of 294 MPs who prevented the UK from re-homing 3,000 child refugees. She defended pulling British support from all migrant search and rescue operations in the Mediterranean. She voted not to take extenuating circumstances into account in the detention of vulnerable immigrants. And she voted to extend the government’s power to deport an individual without considering an appeal in regards to human rights abuses in their home country.

Among several other damning votes, May has also revealed she wants to “review the international legal definitions of asylum and refugee status” so that fewer people qualify. She claims:

By taking a tougher approach to those who do not need our help, we can give more support to vulnerable people who are in real and urgent need of our protection.

Her voting record suggests she doesn’t see child refugees as among the “vulnerable people” who need Britain’s help.

This latest move, which some may argue will not affect the UK’s approach to refugees and the pledges made under Cameron, gives an indication of May’s priorities as our new PM. With the dissolution of the climate change department and now the minister role specifically designed to help refugees, it appears May plans to bundle these important issues in with other affairs of state. Rather than having the attention they rightly deserve.

May’s government is shaping up to be an efficient but heartless one.