Western silence on Turkey is deafening, after Amnesty confirms their worst fears - Canary 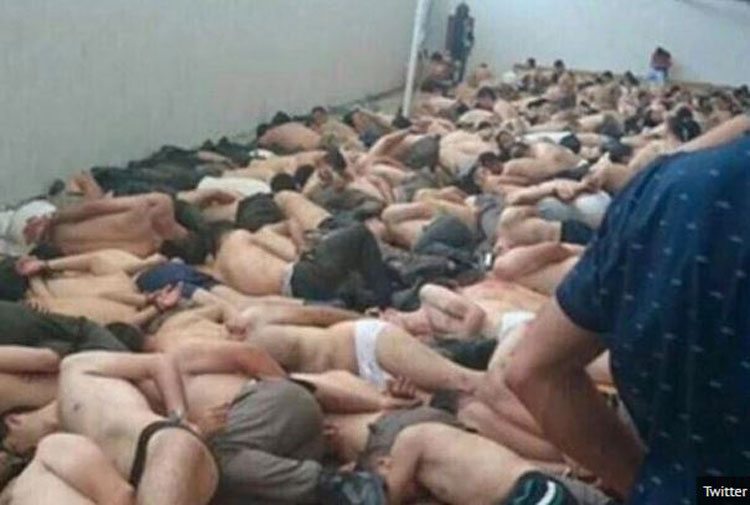 Amnesty International is reporting that it has “gathered credible evidence” that thousands of detainees, accused of being connected to the recent failed coup attempt in Turkey, are being tortured. Yet, politicians in the West have responded with a deafening silence.

Why is this? Is the situation in Turkey somehow not as bad as the other countries we condemn for human rights abuses? Let’s consider the findings of Amnesty.

While video has appeared online showing bloodied detainees, Amnesty are focusing on the reports from “lawyers, doctors and a person on duty in a detention facility”:

Turkish police in Ankara and Istanbul are holding detainees in stress positions for up to 48 hours, denying them food, water and medical treatment, and verbally abusing and threatening them. In the worst cases some have been subjected to severe beatings and torture, including rape.

More than 10,000 people have been detained and tens of thousands more dismissed from their jobs, in what is being called a “purge” of President Erdoğan’s political opponents. Erdoğan has publicly denied this, yet he has also been quoted as saying he wants to “cleanse” public institutions and purge the movement against him “by the roots”.

Last week, he threatened to bring back the death penalty, which the EU have said would end the relationship between Turkey and the union.

The reports outlined by Amnesty are excruciating to read. They not only contain the allegations of torture, rape, and beatings, but also reports that not all detainees are being provided with medical attention.

A lawyer told Amnesty that they had overheard a police doctor discussing a detainee with severe injuries, from whom they were withholding medical treatment. The doctor said:

Let him die. We will say he came to us dead.

It has also been claimed that detainees are attempting suicide while in the custody of the state.

Beyond the torture allegations, there are further breaches of human rights taking place. Detainees are not guaranteed a fair trial, not told any details of the charges against them, and can be held for 30 days instead of the usual four. These rights have been taken from them since Erdoğan recently declared a ‘national state of emergency’.

Perhaps the most frightening revelation is that the government have been actively dismantling rights protections even before the coup attempt:

The National Human Rights Institution of Turkey, which had access to detention facilities in the country to monitor conditions of detention, was abolished in April 2016 leaving no institution in the country with this mandate.

But the Amnesty report ends on one of the most painful realities of all. A huge atrocity is taking place under our noses and yet governments are refusing to respond, even just to vocalise condemnation.

Officially, Turkey is a Western ally. The country is a democracy, a member of NATO, and is currently in talks to become a member of the EU. The only reason for overlooking, or quietening, condemnation of these human rights abuses would be a misuse of diplomacy. The idea that we don’t want to sully relationships with our ‘friends’.

The same has occurred in Britain’s relationship to countries such as Saudi Arabia and Bahrain, to whom we make a huge amount of money selling arms, and from whom we require oil.

Despite chilling images and videos of torture that have been widely broadcast across the country, the government has remained conspicuously silent on the abuse. Failing to condemn ill-treatment or torture in these circumstances is tantamount to condoning it.

This also applies to the international community, of course. Our governments have been conspicuously silent on the matter. This is a disaster, because we cannot expect the Turkish government to condemn and put a stop to this treatment. They are directly involved in it, and whether or not they officially condone it, it is being carried out on their behalf.

In their silence, then, are our leaders condoning this? What reason can they give for not speaking out and encouraging the international community to do the same?

It is up to all leaders to stand up to such viciousness by making it clear that this kind of political violence will not be tolerated. If governments won’t do it because of European diplomacy, or a focus on internal strife of their own, then we must.

Sign Amnesty’s petition against the crackdown on human rights in Turkey.

Write to the Prime Minister to demand she take action.

Write to your MP to put pressure on the UK government to act.