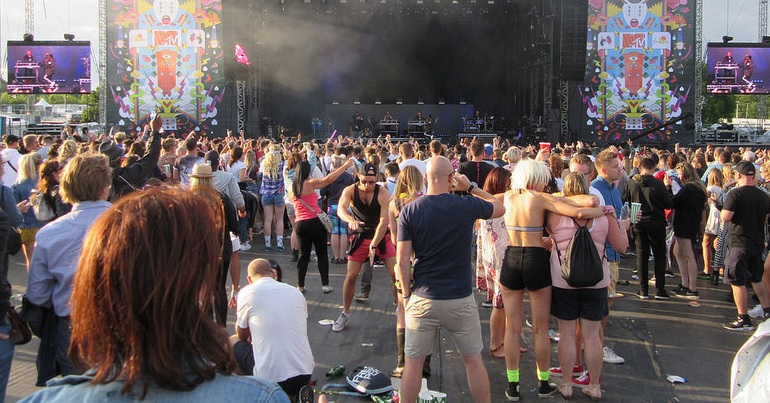 At the Secret Garden Party in Cambridgeshire, festivalgoers were given the opportunity to test their drugs before they take them. The founder of the festival, Freddie Fellowes, said:

Harm reduction and welfare is a vital part of hosting any event and it’s an area that for too long has seen little development or advancement.

On-site was a not-for-profit called The Loop, who provide forensic drug testing and harm reduction services on drugs, alcohol and sexual health at UK nightclubs and festivals across Europe. This organisation entered the UK club scene back in 2013, working at the Warehouse Project in Manchester, following the death of 30-year-old Nick Bonnie.

The media headlines have been somewhat misleading, with the BBC, for example, saying that Secret Garden Party is the first UK festival to offer this service. It is true that this is the largest festival which has promoted harm reduction through drugs testing, but other UK festivals have recognised the need for having an organisation like The Loop on-site.

At Noisily Festival in Leicestershire, a smaller not-for-profit called Kosmicare was present for the first time this year. Kosmicare is made up of a team of dedicated volunteers who don’t just test your drugs, but also support you if you are having a difficult drug experience.

Like The Loop, Kosmicare recognises that people will take drugs at festivals, and sometimes drugs will be mis-sold, adulterated, contaminated, overused or simply cause a negative reaction for a particular individual.

It was mostly ecstasy pills and MDMA that were tested at the Secret Garden Party, whereas at the festivals that Kosmicare attend, psychedelics drugs, such as LSD, are often tested as well. The Kosmicare team believe that unique welfare services are needed for those having a ‘bad trip’ at a festival.

Fiona Measham, a criminology professor at Durham University who helped to set up The Loop, said:

We are collecting samples directly from users and we are giving the information back directly to the users. The overall aim is to reduce overall harm on site and perhaps even to save lives.

Drug testing at clubs and festivals is common practice in other European countries such as Germany and Holland. In response to the proliferation of house parties in Holland in the eighties, the Drugs Advice Bureau launched a project called Safe House so that people could test ecstasy tablets they had bought.

Psychedelic harm reduction projects have also been present at European festivals before Kosmicare appeared on the scene in the UK. The Zendo Project, sponsored by the Multidisciplinary Association for Psychedelic Drugs (MAPS), is based on similar principles and has been on-site at Boom Festival in Portugal in previous years.

It looks like the UK is catching up with other European festivals in offering harm-reduction services, be it through drug testing or welfare support. In an environment where drugs will inevitably be used, not-for-profits such as The Loop argue that keeping festivalgoers safe requires much more than a medical team and law enforcement.

Visit the websites of The Loop and Kosmicare for more information.