New evidence reveals we’re being stitched up by the BBC, and it’s worse than you think - The Canary 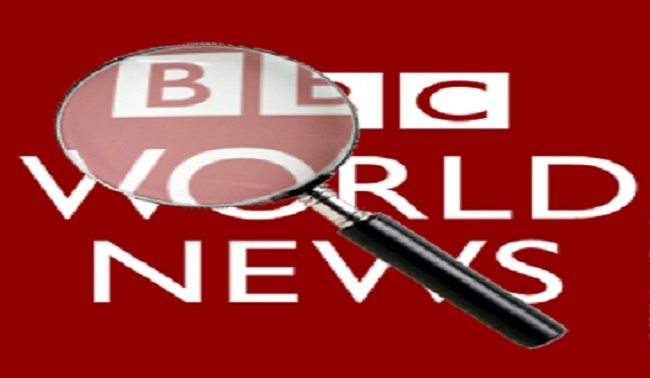 A new report by the House of Commons culture, media and sport committee has urged the BBC to release the details of all of its “stars” who earn more than the prime minister – but their conclusions ultimately throw into question the licence fee itself.

The committee, led by Conservative MP Damian Collins, also raised “serious concerns” over the appointment of HSBC and PepsiCo executive Rona Fairhead to the role of chair of the broadcaster’s new governance body, the BBC unitary board, which replaces the BBC Trust. It also recommended that Scotland have its own ‘Scottish Six’ news bulletin, focusing on issues which affected the nation.

The BBC, as part of its commitments under its new Royal Charter (the legislation which lays out requirements for it to keep its public funding), has already agreed to release details of those employees earning over £450,000 a year, and already publishes the details of executives on more than £150,000. The broadcaster claimed that forcing it to admit which stars earned over £143,000 would leave it open to the poaching of stars by commercial media groups, which “wouldn’t be in the interests of licence fee payers”.

But the committee dismissed this. In its report, it said that:

On the question of pay, the point is that all these salaries are paid by the licence fee payer, whether they are for broadcasters or BBC executives. Why should there be different rules for each? It’s disingenuous to say confidentiality is needed to prevent poaching when in general everyone in the industry knows what everyone else is getting paid. The threshold should be the same for both executives and talent, the salary of anyone getting paid more than the prime minister should be published.

This is undoubtedly welcome news for all those who want the broadcaster to operate in a more transparent manner. But many questions surrounding the role, operations and impartiality of the broadcaster still remain unanswered.

The committee raised serious questions about Fairhead’s automatic appointment to the BBC unitary board. Collins said:

Ms Fairhead’s experience with the Trust and the benefits of continuity might well have favoured her in a proper, open recruitment process. But given the prestige of the new role it is likely that other strong candidates could have emerged. At any rate, it would not be appropriate for any Minister, including even the Prime Minister, simply to offer her the job. Whatever rules for public appointments are finally settled on, there must always be a very good reason for not following due process. That was simply not the case here. There was no urgency: Rona Fairhead could have been asked to stay in post until the new Charter came into operation. When the new arrangements for Public Appointments are in place, this sort of unusual appointment would likely be referred to the Commissioner for review.

In bed with the banks

It is well documented that Fairhead is also a non-executive director (NED) of HSBC. What is less well known is her cosiness with David Cameron (who gave her the new position on the unitary board) via her former position in the government’s Cabinet Office, her leading of the Pearson Group Pension Fund (whose custodians are HSBC), and her directorship of tax avoider PepsiCo.

An interview on The Andrew Marr Show earlier in the year was telling. In it, Marr bluntly asked Fairhead if it was proper that she should be involved with the BBC after HSBC’s well-documented Swiss tax-avoidance scandal. Fairhead admitted that what the bank did was criminal, and whined that “We, as a bank, are very sorry”. Her use of the first person plural was interesting; seemingly she forgot what capacity she was in during the interview. However, there was little questioning over her alleged involvement in the bank’s drug money-laundering scandal – where HSBC basically ran money for Mexican kingpins.

But Fairhead is just the tip of the iceberg when it comes to the BBC’s links to the financial services industry (FSI).

Analysis of the BBC’s pension fund makes for interesting reading, as HSBC’s name repeatedly comes up. Not only are they “custodians” of the fund, but they are owners of, shareholders in, or financiers of 70% of the investment companies charged with managing the pension fund’s finances. And when you look at the 20 largest investments made by the fund, 13 of these have, again, direct financial links to HSBC.

While none of this is illegal, and is not some grand ‘conspiracy theory’ (other banks are involved), it is a telling insight into the way the BBC operates. Moreover, it suggests that the broadcaster may well have a vested interest in keeping its reporting of multinational banks positive. In an academic review which assessed perceived bias at the BBC, research demonstrated that 11% of news sources quoted were from the business and finance sectors, compared to Channel Four News which used only 2.2% from these sectors.

Whether this obvious weighting towards the FSI is intentional or not remains to be seen. But it is an indication of whose voices the BBC deems to be important when it comes to its news coverage, and could well be interpreted as intentional bias – considering who controls its pension fund.

But other members of the Trust’s board do little to avoid the possibility of certain biases, as well. Nicholas Prettejohn, for example, was appointed as a BBC Trustee in 2013. He is also an NED of Lloyds Banking Group, and from 2014 onwards Auntie’s Pension Fund suddenly held over £30m in Lloyds equities. A coincidence? Possibly. Or possibly not.

Then there’s Sir Roger Carr, the vice-chairman of the Trust. He is an NED of BAE Systems, one of the biggest arms manufacturers in the world, which is contracted to Trident, the UK’s nuclear deterrent. Lord Michael Williams, a renowned diplomat, was a special adviser to Jack Straw during the 2003 invasion of Iraq. Mark Florman, a banker who lobbied for less regulation of the FSI, sits on the Trust’s board while also being the chief executive of the British Private Equity and Venture Capital Association Ltd – cited as being influential over government regulation.

And of course, all these positions were appointed not by the public but by the government.

The BBC is often accused of having a bias towards either the left or the right. But judging by the appointments to the Trust, it seems much more feasible that its bias lies in adhering to the establishment line, whatever party is in government at the time.

Accusations of establishment bias are nothing new. Just look at the furore surrounding the Scottish independence referendum, where former Channel Four economics editor (and former BBC Newsnight journalist) Paul Mason weighed in, saying “Not since Iraq have I seen BBC News working at propaganda strength like this”. And the invasion of Iraq is a case in point of the BBC having an establishment bias rather than a political one as it was, of course, a Labour government which took the UK to war in the first place. The countless recent reports into the broadcaster’s negative reporting surrounding the ‘anti-establishment’ figure Jeremy Corbyn only add to this argument.

Put this into the context of just how much influence the BBC still has over the UK’s news, and the picture strikes pause for thought. The most recent report into people’s news habits by Ofcom showed that while 40% of people now use TV as their main source of news (down from 47% in 2013), the BBC still has dominance, with 62% using either BBC One or BBC News. When you take into account the broadcaster’s radio, website and app platforms, 77% of people say they use the BBC as one of, or their only, source of news. Its dominance is unparalleled.

While the culture, media and sport committee was quite right to ask questions about the pay of the BBC’s top celebrities, it may have served the public better by challenging the overall role and output of the ‘public’ service broadcaster in general – and just what, exactly, we pay the licence fee for.

Because not only do we pay for the upkeep of celebrity lifestyles, an increasingly biased and skewed news service, and the salaries of executives who appear unconcerned with what the public think – we also pay, indirectly, for something else. And this is the most worrying part.

A portion of the £145.50 that the majority of the public pays each year for the BBC via the licence fee goes towards the salaries of its staff and celebrity presenters. This also pays for a contribution for each of them to the BBC pension fund. The fund then invests that money, in turn, often in the form of buying bonds.

One such portion of bonds it bought were £4.3bn from the UK government – which our elected officials in parliament then spend on public services, national debt reduction, and so on. Government bonds are a type of loan – whereby an investor essentially acts as a bank, lending a government money which they then pay back, with interest, over a period of time.

To put it in simple terms – we, the taxpayer, pay the licence fee, money which the BBC then lends back to us, and we then have to pay it back again, with interest. The set up is essentially one big swindle.

From institutional bias to essentially ripping off the taxpayer, many more questions need to be asked of the BBC and its constant consumption of public money. Because whether we like it or not, our public service broadcaster is gradually becoming unfit for purpose. And in so many ways, it is proving detrimental to us all.

Sign the petition calling for an investigation into bias at the BBC.

Write to your MP if you are unhappy with the broadcaster.