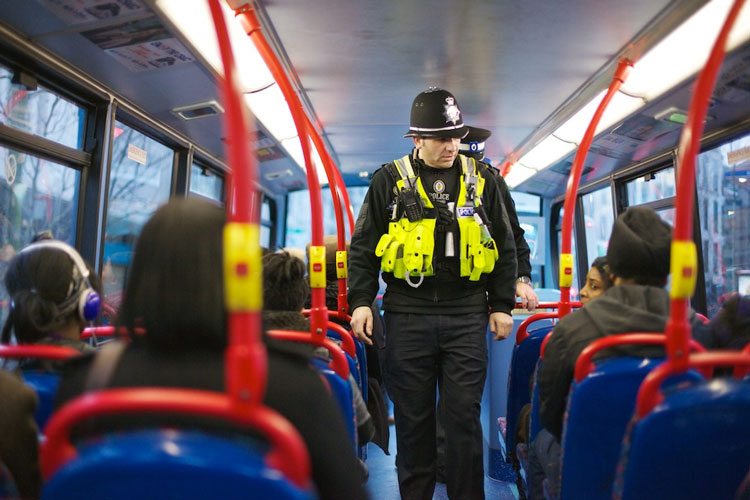 Just the name of the proposed investigatory powers bill (IPB), aka the Snooper’s Charter, sounds chilling. But the full extent of the harm it could cause is now coming to light, as recent reports reveal the extent of police misuse of investigatory powers against journalists and citizens, highlighting elements of the bill that are a serious breach of human rights.

Media coverage of the IPB has centred largely around the fact that Theresa May wants access to a year’s worth of your browsing history, and on Edward Snowden’s reaction to its contents. But evidence showing the ways in which police have misused their existing powers under the regulation of investigatory powers act (RIPA), the precursor to the IPB, demonstrates just how dangerous the new bill could be to the functioning of British democracy.

Reports from Press Gazette, a news service about UK journalism, claim that the police have systematically conducted intrusive and borderline abusive interventions into the lives of journalists and citizens. And the work of the National Union of Journalists (NUJ), lobbying parliament to protect journalists and their sources, demonstrates how the IPB could aggravate this corruption.

Press Gazette discovered the police’s misuse of RIPA accidentally when researching the ‘Plebgate‘ affair. Notes in the police reports showed that they had obtained “telecommunications data” – i.e. phone records – from the political editor of The Sun in order to identify his sources.

The Guardian‘s former editor Alan Rusbridger has warned that the IPB would potentially put the lives of journalists’ sources in danger.

A Press Gazette feature tells the story of local reporter Sally Murrer of the Milton Keynes Citizen, who was secretly filmed, had her home bugged, and was taken into custody for two days (where she was strip searched). All because police had proposed, wrongly, that:

…[detective sergeant] Mark Kearney was telling me very sensitive stories and I was selling them on to the News of the World. So they scoured my bank accounts and there was no evidence.

I had last phoned the News of the World nine years previously. The stuff Mark and I were talking about was 99 per cent domestic fluff.

The case against Murrer collapsed after a judge ruled that her human rights had been breached, and any evidence the police had was inadmissible as a result. She says that the idea of the IPB increasing police powers to engage in such predatory and reckless behaviour “terrifies her”, insisting:

My biggest worry is that this snooper’s charter will allow the police and the state to do this to loads more journalists.

I think everybody who cares about journalism should sign this petition – this has to be stopped. It’s the death knell for journalism and freedom of speech.

Press Gazette reports that Thames Valley Police have neither apologised to Murrer nor accepted any fault in the way they treated her. The organisation has now opened a Change.org petition to submit to the new home secretary Amber Rudd, demanding she enforce amendments to the IPB as proposed by the NUJ.

An NUJ parliamentary briefing reveals that not only is the IPB ethically problematic in legalising various invasions of privacy – such as bugging and hacking people while legally obliging telecommunications companies to assist them – but it also contains elements which are specifically anti-union, and therefore anti-worker:

The NUJ has been campaigning to highlight concerns about the safety and confidentiality of journalistic sources and whistleblowers as well as the dangers contained in the Bill that will allow the state to spy on trade unionists.

The briefing also shows that Andy Burnham and fellow Labour and SNP MPs have tabled an amendment to the bill to stop the issuing of warrants for spying on trade union activity.

The bill supposedly contains “safeguards for sensitive professions such as journalism”, but the NUJ has expressed major concerns:

Whilst the NUJ views the concessions proposed in government Amendment 51 as a small step in the right direction, we do not believe it goes anywhere near far enough to meet the concerns of journalists over protection of sources.

The NUJ is currently lobbying the government to make significant changes to the draft IPB, proposed by Theresa May when she was home secretary, as it makes its way through parliament. Citing the importance of press freedom, the NUJ is demanding that:

When debated in the House of Lords on 11 July, the upper chamber supported the amendments, echoing the concerns of the Gazette and the NUJ. But it has been noted that there has been minimal concern expressed in the public sphere. Whether or not this is down to a lack of mainstream reporting, or simply the UK public’s indifference to privacy issues (as was cited after the Snowden revelations), is unclear.

However, everyone should be very concerned about the “hacking and gagging” law that our new prime minister originally brought to the fore. If public interest and action cannot be sustained on this issue, then we may soon lose yet another chunk of our rights overnight.

Get involved in the Media Democracy movement with the Media Reform Coalition.

If you’re a journalist, join the NUJ.

Support independent journalism at The Canary and Press Gazette.