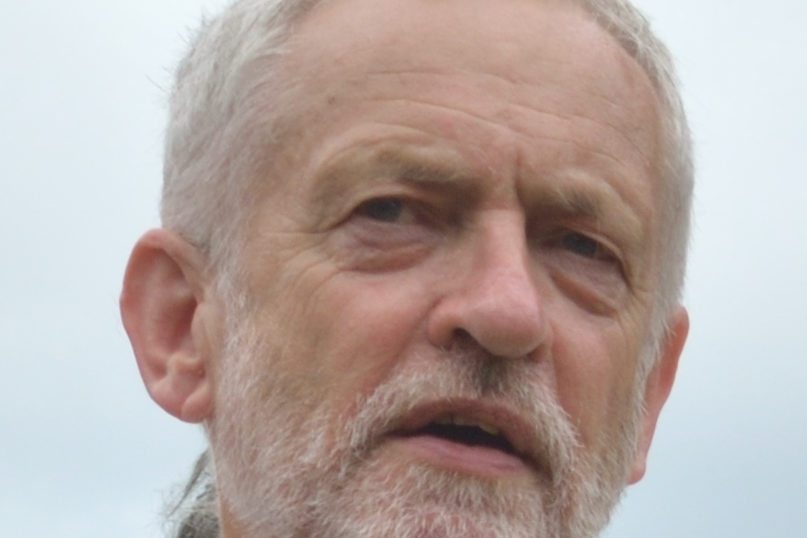 Unfortunately for Jardine, the founding director and Head of Political and Social Research for YouGovUK, Joe Twyman, came across his tweet and set him straight in fairly sardonic terms:

I am not aware of YouGov running any snap poll and I am Head of Political Research at YouGov. Do you know something I don't?

Minutes later, the original tweet was removed by Jardine. But not before many had noted the unsubstantiated contents.

Some replies were extremely scathing:

Many Twitter users cited the fraudulent posting as typical of Smith’s questionable and increasingly desperate campaign:

In the age of what’s often referred to as ‘post-truth politics‘, we should be wary of those who would twist or invent ‘statistics’ to manipulate public opinion. Supporters of Corbyn frequently argue this is the exact method used by the mainstream media, particularly the BBC, which they say constantly seeks to diminish the Labour leader’s popularity and support – the idea being, essentially, if you say something often enough it eventually becomes true.

An example of how damaging this can be is proven by the fact that Jardine’s fake statistics were soon regurgitated by an actual Labour councillor, Alex Gallagher, who openly opposes Corbyn’s leadership:

Fortunately, some were quick to inform Gallagher of his mistake:

In fact, recent YouGov reports state quite the opposite: that Corbyn’s support among the party is growing.

On this occasion, the person who physically implements and examines the real statistics was on hand to dismiss the fraudulent claims before they had chance to circulate to greater effect. Unfortunately, that is probably a rarity.

Twyman took a fairly lighthearted view of the fake YouGov poll, even going so far as to virtually applaud Jardine for removing the post, with a particularly graphic reference:

At least he didn't claim his phone was hacked. Or do people only do that when it's a picture of their genitals?

But there is a very serious issue at stake.

When even our politicians are grabbing hold of any political statistic circulated on social media and then (without fact-checking) using it to obfuscate and further their own cause, we have a big problem. As state funded representatives, councillors and MPs are employed to tell the truth and relay facts, and many of their constituents might justifiably assume that’s what they’re doing and base their own votes upon those communications. They should therefore be held accountable to a higher scrutiny.

Unsubstantiated facts can very quickly become rational arguments and supposed ‘evidence’ – details that consciously (or subconsciously) influence voters up and down the country. The inherent dangers of false propaganda should never be casually ignored or underestimated.

Many, including barristers, argue something similar occurred surrounding the Brexit vote.

When false ‘facts’ go viral, it often doesn’t matter how many qualified professionals stand up and wave their arms about on social media, denying their validity. The damage is already done. It is not always as easily nipped in the bud as it was in this case. We must remain both vigilant and sceptical.