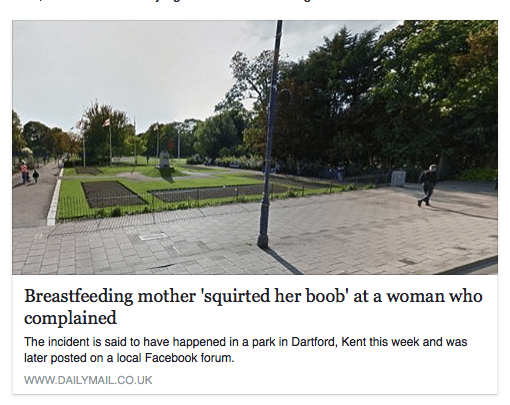 A Daily Mail story entitled “Breastfeeding mother ‘squirted her boob’ at woman who complained” went viral this week, with readers and Facebook commenters lining up to give their views on the alleged incident. But there’s just one problem, it appears it never actually happened.

On 5 August, the Daily Mail wrote:

A mother breastfeeding in public allegedly ‘squirted her boob’ at a woman who told her to move somewhere private.

The incident is said to have happened in a park in Dartford, Kent this week and was later reported on a local Facebook forum.

The post states: ‘To the lady in Dartford park who thought it was appropriate to breastfeed her baby whist my child and very easily distracted husband sat nearby.

The story was shared over 28,000 times from the Daily Mail alone, and re-reported by a number of local and national media outlets.

But it appears the entire incident was a hoax, by Facebook user Lee Beardy Grant. Posting to social media later on 5 August, Grant wrote: 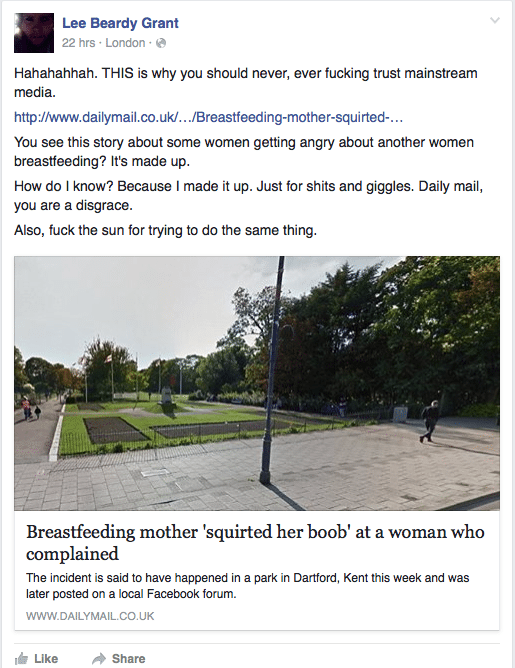 Grant appears to have posted the fake story to at least two gossip pages on Facebook, where The Mail, and later The Sun, picked them up. 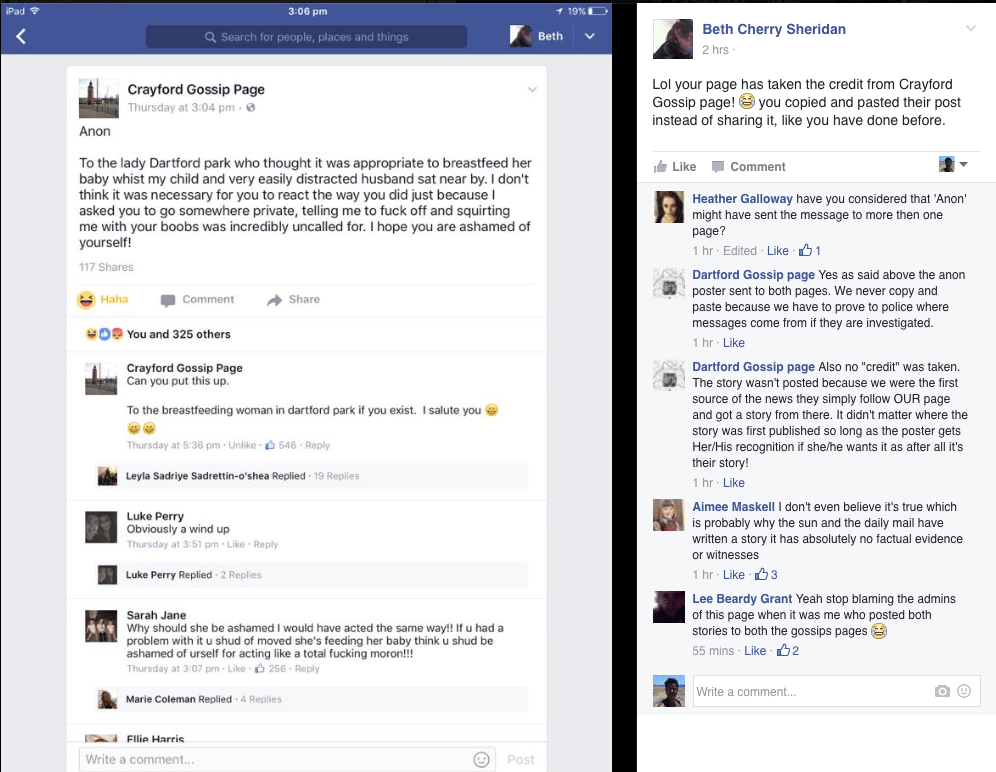 Grant also heaped shame on The Sun, who also attempted to get in on the action. Grant shared a message he alleges to have received from Sun reporter Corey Charlton. 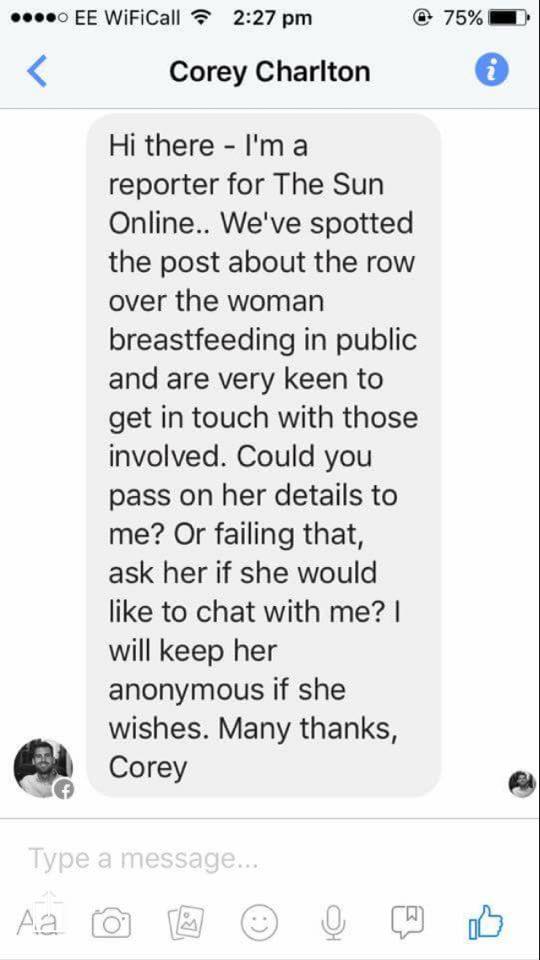 Grant’s friends meanwhile, have been beside themselves watching the entirely fabricated story go viral – and the animated responses from people who believed the situation had actually taken place. 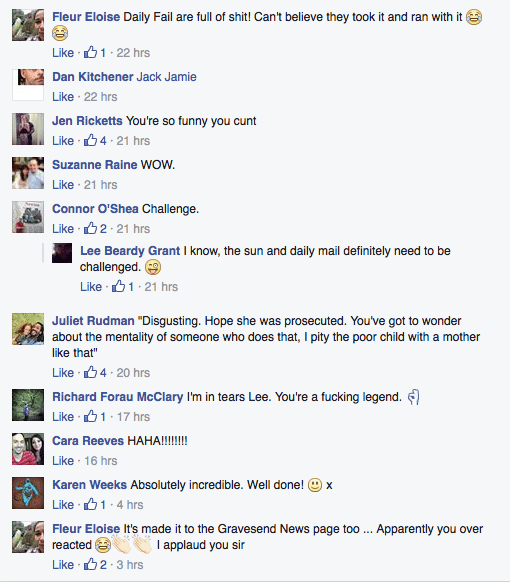 Meanwhile, people are still raging all over the internet about which fictional character in this fictional story to burn at the stake: the insensitive passerby, or the breastfeeding mother. Perhaps we can now all calm down and go back to arguing about the future of the Labour party, or PokemonGo.

Once again, if you’re tired of reading ‘news’ which no one has bothered to fact-check, we invite you to follow a host of excellent new media outlets that are doing a grand job of creating a media that works for the many, not the few.