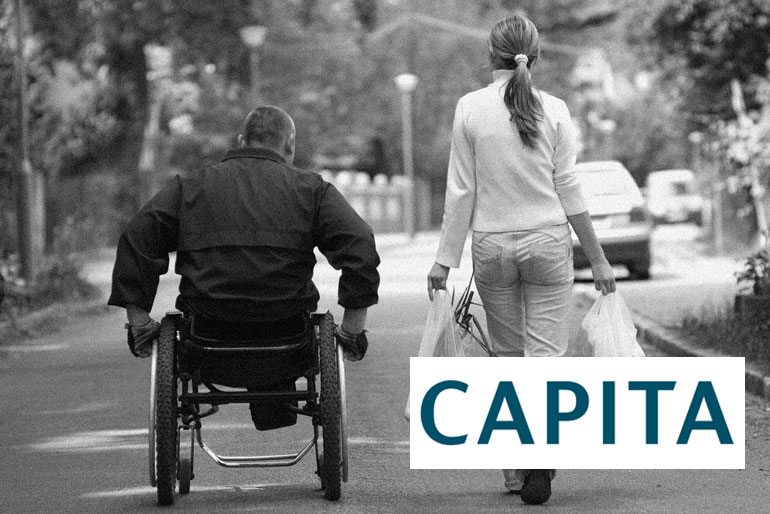 The government-contracted firm Capita has suspended one of its employees, an as yet unnamed disability assessor, for openly prejudiced and racist remarks about a disabled person on social media.

A disabled woman in Derbyshire, Sarah Goldstein, told Disability News Service that she had her Personal Independence Payment (PIP) refused following assessment by the nurse. Despite being a sufferer of fibromyalgia and Raynaud’s syndrome, as well as chronic migraines and depression, the young mother was awarded zero points towards entitlement, and was consequently denied access to a Motability vehicle along with other PIP-related benefits, such as a discounted railcard.

Deeply upset by the decision, Goldstein did a little digging into the background of the nurse, and was astounded by what she discovered. The assessor, who she’d invited into her home, was openly and virulently supportive of far-right sentiments, including posting racist and disablist remarks on Facebook.

After watching Benefits Britain, a Channel 5 reality show, in July 2014, the nurse reportedly mouthed off that a Roma boy without legs who used a skateboard for transportation should:

get a job fitting carpets – then maybe just maybe our pensioners could have the retirement they deserve.

I’d like to remove his wheels and catapult the scrounger back to whatever shit hole he came from.

She had also shared a number of Facebook posts by organisations including ‘Britain First’, ‘British Immigration Watch’, and ‘Infidels of Britain’, including one headlined “Enoch Powell was right”. Perhaps even more chilling, around the time of starting as a PIP assessor for Capita, she is reported to have gloated:

Not sure if a new job is supposed to feel like community pay back, lol!

These comments and others were found by the Disability News Service following Goldstein’s reporting of the incident to Capita, in which she requested an investigation.

Her husband Jay, who cares for her full time and is father to their 13-month-old daughter, commented:

Sarah hasn’t eaten or slept properly in the last week because of all this. It’s really upsetting for me to watch. This isn’t about the money, it’s about the way Sarah has been treated.

Considering the nurse’s far-right sympathies, the family name of ‘Goldstein’, and the presence of a nine-branched Jewish candelabrum in their home at the time of assessment, the validity and potential bias of the report have been called into question.

Gail Ward, a member of the disabled people’s campaigning organisations Black Triangle and the North East branch of Disabled People Against Cuts, said the comments were:

appallingly reflective of what many disabled people have to endure daily… made worse by the government’s rhetoric.

Ward said the nurse should be “sacked forthwith” and prosecuted for inciting ethnic hatred, adding that the standard of some healthcare professionals hired by government contractors is “alarming”. She also highlighted her concern for the large number of genuine claimants losing their cars and/or jobs due to being wrongly denied PIP, only for it to be given back later on appeal.

Disabled people do not object to being assessed periodically, as this has always been the case, but they do feel they are being deliberately targeted, and live in fear of what campaigners call ‘brown envelope syndrome’.

The Goldsteins have been assured they will receive a fresh assessment from a new health practitioner.

The individual was suspended as soon as we were made aware of the allegations, and further investigations are taking place.

Sadly, it seems to be a current trend in British society to blame those facing their own difficulties for the financial woes of our nation. People who need the assistance of the state simply to get by are often condemned as ‘scroungers’ and ‘layabouts’. But this is simple misdirection, and it needs to be fought.