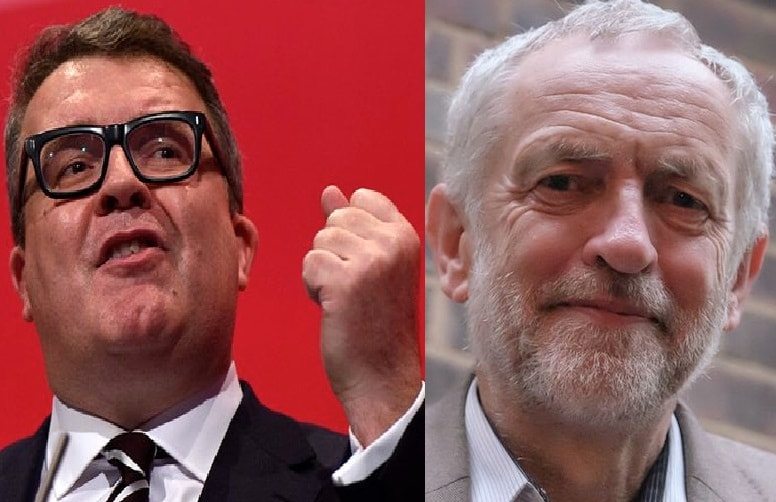 Labour Party Deputy Leader Tom Watson has said ‘Trotskyists’ are “twisting the arms” of young Labour members, in an attempt to explain away the surge in support for Jeremy Corbyn. The allegation comes as Corbyn-led progressives make major gains within the party.

In a crucial win for the movement coalescing under Jeremy Corbyn, supporters of the incumbent gained all the open positions in the National Executive Committee (NEC) elections this week. The increased pro-Corbyn majority in the NEC is hugely significant because the ruling body is responsible for overseeing elections, membership and party direction.

But that is only the latest in a series of victories for the Corbyn movement. In an early indication of how the leadership contest will go, Corbyn has won the backing of 84% of the local Labour membership branches that have made nominations so far. Corbyn has 133 nominations from Constituency Labour Parties (CLPs), while Owen Smith has 25.

Meanwhile, in another boost for the incumbent, the NEC’s voting ban on members who joined after 12 January was overturned by the High Court on 8 August. Up to 150,000 members have been re-enfranchised and are widely believed to be predominantly Corbyn supporters. Indeed, a secretive Labour committee made up of Watson and other anti-Corbyn officials is blowing £80,000 on appealing the High Court decision.

Since the coup began, Momentum (the grassroots pro-Corbyn campaign group) has doubled its membership, while the Labour Party has increased its own by over 130,000.

But Watson seeks to explain these gains with the following:

There are some old hands twisting young arms in this process, and I’m under no illusions about what’s going on. They are caucusing and factionalising and putting pressure where they can, and that’s how Trotsky entryists operate. Sooner or later, that always ends up in disaster. It always ends up destroying the institutions that are vulnerable, unless you deal with it.

A look at the facts exposes Watson’s claim as, quite frankly, a laughable conspiracy theory. The Socialist Workers’ Party (SWP) publicly claims to have just 6,000 members, and few of them are active. Other Trotskyist groups in Britain are even smaller. Considering Labour membership is approaching 600,000, it appears that the only thing being twisted is the truth.

Watson does not mention what other “institutions” have been taken over by “Trotsky entryists”. Whether Halifax, the NHS or your local chippie have been seized by communists remains uncertain.

Momentum is simply trying to give a voice to a body of opinion which has been widespread throughout the country for many years, but has been denied any kind of place in our public life since the early days of New Labour. It is a body of opinion which believes, with good reason, that the embrace of neoliberal economics and neoconservative foreign policy under Blair was a disaster.

Rather than the result of a Trotskyist conspiracy, Gilbert argues that Corbyn has given a voice to public unrest that has been mounting since the Blair years. In a column for The Guardian‘s editorial-free section, Ellie Mae O’Hagan agrees:

I am yet to meet a single Corbynite who is naive about Corbyn’s failings as a leader, the great challenges he faces, or who does not want to win a general election. But the reason so many have coalesced around him anyway is because they view his leadership as the only opportunity they have had in at least 30 years to see their views finally represented in public life. The Labour rebels’ attempt to unseat him is, in their minds, as much an attempt to excommunicate the wider left as it is to get rid of Corbyn himself.

O’Hagan argues that Corbyn’s support is down to a long unrepresented body of opinion finally finding a voice in parliamentary democracy, not phantom ‘hard-leftists’.

With respect to the NEC election results, this was the ruling body that took the unprecedented step of retroactively disenfranchising new Labour Party members. Pricing out low-income voters (a large portion of the electorate), the NEC also raised the voting fee 8-fold, from £3 to £25. The leadership condemned these moves, but now Corbyn supporters have won six out of the six positions and an increased majority on the board, this vital party organ can no longer be used against him. Progress, the right-wing group that wants Corbyn replaced, had no candidates elected.

An anonymous rebel MP lamented that the NEC election results are “very, very, very bad news”. Shadow Chancellor John McDonnell, on the other hand, said they showed a desire for “real and genuine change” under the present leadership.

The NEC victory is the latest in a series of boosts for the Corbyn movement. Rather than being manipulated by Watson’s Trotskyist boogeymen, this movement comes from a body of opinion that rejects the neoliberal economic orthodoxy and military interventionism of the Labour right and the Conservatives. After a disastrous invasion of Iraq and the skyrocketing of public debt to £1.6tn under a stubborn austerity regime, the increasing number who want to see an end to such policies have found a voice under Corbyn.