While shareholders get filthy rich, a crucial public service is being driven into the ground [TWEETS] - Canary 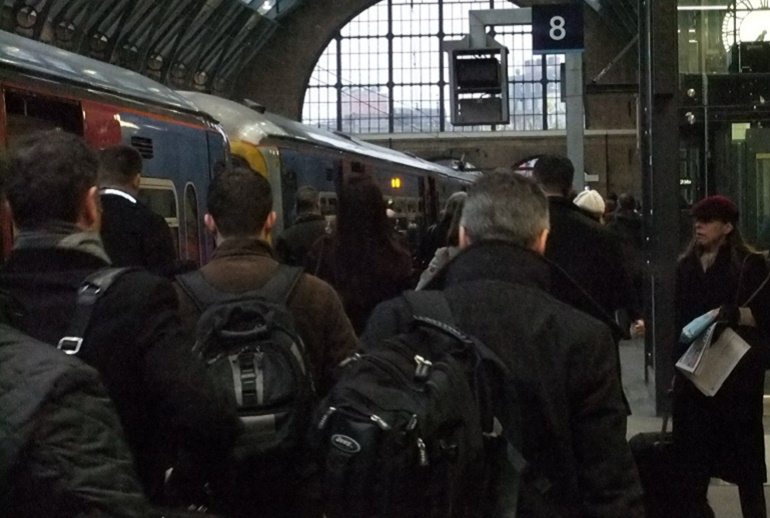 The price of regulated train fares will rise by 1.9% in England, Scotland and Wales. Fares have risen twice as fast as the average UK wage.

The continued increase in train fares – a result of inflation – will take effect from January 2017. The beginning of 2016 also saw an average increase of 1.1% across all train fares. And it has clearly angered many commuters:

How can train fairs go up in price!? It costs me almost £90 to go from Nottingham to Newcastle and you don't even get free WiFi!

Could there be a worse time to raise fairs? #idiots https://t.co/tnHvbTQBHq

While the government sets the cap for the rise in regulated fares, unregulated fares such as peak-time and advance fares are controlled by the train operator. Therefore, they can increase them as they see fit.

Privatisation and the rail network

The government supposedly controls certain increases and ‘protects’ the taxpayer. But the effects of the privatisation of the rail network are clear.

The privatisation of British railways began in 1994, under Margaret Thatcher’s successor, John Major.  It was completed in 1997. Ever since, the effects have been obvious: private shareholders profit at the expense of the taxpayer.

Commuters continue to experience a poorly maintained rail network, cramped conditions, and late trains. According to a recent survey, fewer than half the travellers on some train operators are satisfied with the service. And yet, last year, shareholders of private train companies collectively profited from £222m in dividends. This marked a 21% increase from the previous year.

The story was similar in 2014. Train operators paid more than £200m in dividends to their shareholders, while taxpayers ploughed £4bn into the railways.

On top of this, many of Britain’s rail franchises are actually owned by state-run companies in other European countries. London Rail, for example, is owned by German state rail operator Deutsche Bahn.

In effect, foreign countries are profiting from a British public service. The UK taxpayer is putting money right into their hands to spend on improving their own countries.

Instead of working to improve services, the British government sold the railways for a quick buck. Now it is just standing by as other, cleverer governments profit at the expense of the UK taxpayer.

It is no surprise, then, that campaigners continue to protest against the privately-owned rail network.

The announcement of increased fares saw Action for Rail campaigners protesting at stations across the country. They were demanding the renationalisation of the railway. Labour Leader Jeremy Corbyn joined one protest at London Bridge. He held a placard reading ‘2017 rip off central’. Corbyn has continually supported the renationalisation of Britain’s public services. He used this opportunity to pledge his support once again, and to declare his desire to “rebuild and transform” the UK’s transport network and end the “transport nightmare” faced by commuters.

The privatised rail network is bleeding commuters dry and grossly profiting at their expense. While there isn’t a clear plan on how to renationalise the service, surely it’s about time. British commuters shouldn’t have to suffer poor services knowing their money is filtering into the pockets of rich shareholders and clever foreign governments.

– Sign this petition and join disgruntled passengers and disheartened employees at Bring Back British Rail who advocate the creation of a national rail network run for the benefit of the people and not for the profit of a few CEOs.

– Write to Theresa May and write to your MP to let them know how you feel about the issue.

– Learn more about the issue from TUC.