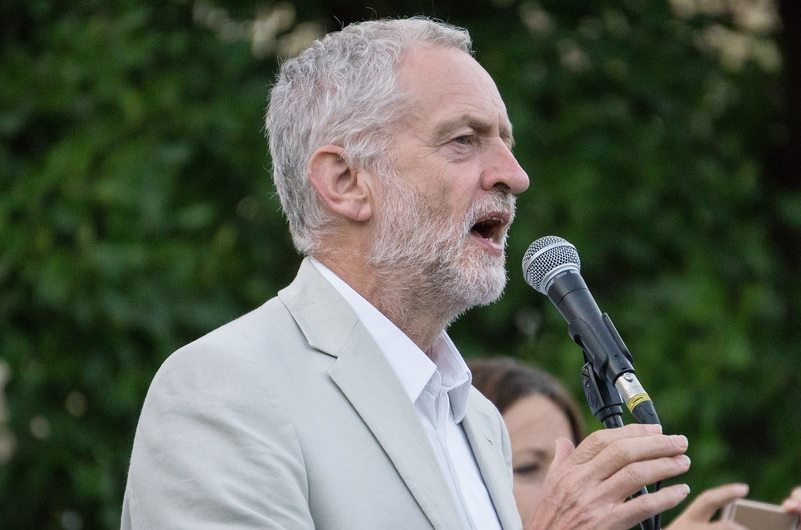 A reporter at The Sun has broken free from the tabloid’s default Corbyn-bashing directive, and produced a favourable account of Jeremy Corbyn’s latest proposal, complete with numerous quotes that actually present the Labour leader’s case.

The Sun on Corbyn

The article, by Alain Tolhurst, is headlined “TAKE BACK THE TRAINS” and details Corbyn’s “Transport Tuesday” plans to renationalise the railways. As the piece notes, the plans have been revealed on the same day “as crippling train fares [are] set to rise again”.

Tolhurst explains that Corbyn, who “is locked in a fierce battle to run the party”, has pledged to “rebuild and transform” the transport system. The Labour leader claims that renationalisation of the railways will save commuters up to 10% on rail fares. He also wants to “enable all local authorities to have franchising powers over their bus networks” and expand bus routes in more remote areas.

Tolhurst offers up no less than five quotes from Corbyn about the proposals. These are followed by comments from the Trade Unions Congress (TUC) and two unions, Aslef and the RMT. Both these unions are backing Corbyn in the leadership contest.

As The Canary highlighted in July, a recent report published by the London School of Economics and Political Science found intense media bias against Corbyn. In fact, 56% of Corbyn-related articles analysed in the report gave the Labour leader absolutely no voice at all.

So, in the current media climate, Tolhurst’s article is exceptional. And it stands in stark contrast to the tabloid’s usual “JEZZA IS ‘DESTROYING LABOUR'” and “CALAMITY JEZ” mantras.

The Mail on Corbyn

The Daily Mail also gave the Labour leader’s comments on rail renationalisation considerable airtime in its coverage of the policy. But, determined not to completely break with its anti-Corbyn tradition, it sandwiched the quotes between two dubious ‘facts’.

It led with the assertion that “lefty singer” Billy Bragg, who was “previously a staunch supporter of the Labour leader”, now “thinks Corbyn is stuck in the past”. Later on in the article, it had to admit that Bragg claims his comments were “taken out of context” and that he’s “still supporting Corbyn”.

The Mail concluded with the news that the Labour Party’s “Trotskyist” infiltration scandal has been given new wings, after Corbyn was allegedly found to have “signed a parliamentary motion in the 1980s calling for the ‘complete rehabilitation’ of the Russian communist”.

In reality, this is not new. It’s a regurgitation of a claim the publication made last year. But it’s unsurprising that The Mail wants to leave its readers with a good old-fashioned Russian chestnut, just to show whose side they want the public to believe Corbyn is really on.

Nonetheless, it’s refreshing to see these media outlets covering some of Corbyn’s policies, through his own words. An informed electorate is the cornerstone of democracy, and the media plays an integral role in framing and distributing the vital information people need to form their understanding.

If the media doesn’t provide that, it is doing the public a great disservice.

– Read The Canary’s other articles about the Labour leadership election.