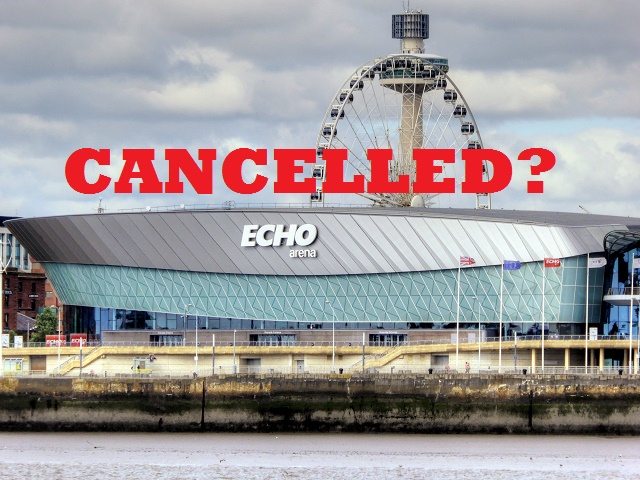 The Labour Party’s National Executive Committee (NEC) has just made an almighty cock-up – an error which could see the party’s conference in September cancelled. But contrary to what Owen Smith supporters may be saying, it’s in no way Jeremy Corbyn’s fault. It’s entirely that of the NEC.

Chaos at the conference

The annual conference in Liverpool has been thrown into chaos over security issues. Showsec, the company lined up to provide services, is in a dispute with Labour-affiliated union the GMB. Showsec had a rolling agreement with the GMB, but the latter is now claiming the company won’t acknowledge further union rights. The GMB also says Showsec’s contract for the conference would infringe on Labour Party rules.

This comes off the back of the party’s 2015 decision not to work with G4S – the company that had provided security at Labour conferences for over a decade.

If a security provider is not found, then some media sources have been saying the Home Office may cancel the conference. The Labour Party has denied these claims. Currently, the Home Office pays for around 85% of the policing costs for party political conferences. The remainder is made up by local authorities.

Supporters of Owen Smith were quick to lay the blame for the chaos at Corbyn’s door:

But conference-related decisions are not actually Corbyn’s responsibility. They are taken by a subcommittee of the Labour NEC. The Organisation Committee is chaired by Jim Kennedy, and it deals with all conference-related matters.

As another party tussle demonstrated earlier this month, committees have the final say in many matters. Corbyn had to write to Labour’s General Secretary Iain McNicol, asking for the NEC to consider changing the date of the leadership election results, which clashed with the Labour Women’s Conference.

In fact, the decision to stop using G4S as a contractor was nothing to do with Corbyn either. It was a decision taken by the NEC last November. Labour MP Wes Streeting wrote:

On 17 November [2015], the Labour NEC voted to boycott G4S, which has provided the security for the Labour Party conference for many years, because of its contracts with the Israeli government … This unprecedented move was made at the end of a long meeting after more than half of the NEC had left, including Labour’s Leader and Deputy Leader. As a result, barely more than a third of Labour’s NEC members voted for the motion.

So Corbyn did not vote on the matter. Streeting claims that the vote came about because:

A routine report from the General Secretary of the Labour Party about conference operations was hijacked by an unannounced proposal from Unite the Union that the conference security provider, G4S, should be sacked as a result of their work for the Israeli government.

But in a statement, Jennie Formby of Unite, who was at the NEC meeting, said:

The issue of G4S was raised during an agenda item reviewing the annual party conference. It was therefore the appropriate opportunity for the NEC to discuss the use of G4S to provide security for future conferences. More than half the NEC was present for this discussion. The decision to end the security contract with G4S was taken because of concerns that this company has acted unethically and has been found to be in breach of the human rights obligations of the OECD Guidelines for Multinational Companies.

The Labour Party was founded to advance justice and fairness at home and abroad. Members from across the party had consistently expressed concerns that G4S’s conduct is not consistent with those fundamental values, and so the NEC responded accordingly.

This is consistent with a report [.docx] prepared by Unite for its own NEC. Written in 2013, it listed G4S’s involvement with the Israeli government as one of six reasons to end its contract with Labour. But it wasn’t the overriding factor.

Furthermore, even if Corbyn had wanted to overturn the G4S decision, he wouldn’t have had the power to do so. The prime example of this is the recent court case, which saw the Labour NEC decision to exclude 130,000 members from voting in the leadership election upheld. As Polly Toynbee said in The Guardian:

The best part of the judgment was the ruling that the [NEC] should be the “ultimate arbiter” of its own rules, and not the courts.

So the fact that the conference may be cancelled due to a cock-up with security is not Corbyn’s fault, but the NEC’s. And the latter can’t have it both ways. Either it is the “ultimate arbiter” of party rules, which should have the final say on all decisions, or it’s not. If the party conference is cancelled, blame should lie firmly at the Labour NEC’s door. Nobody else’s.