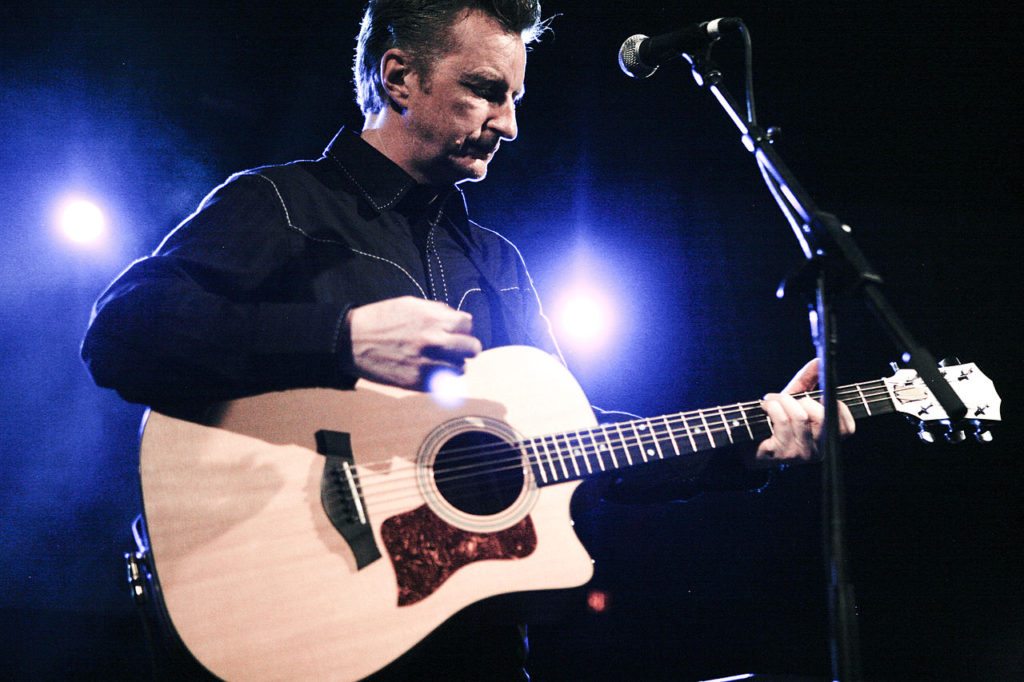 On 16 August, The Times alleged that political songwriter Billy Bragg had now turned on Labour leader Jeremy Corbyn, a man he had once supported. But Bragg soon tried his best to stop this suggestion from spreading, in spite of other media outlets jumping on the anti-Corbyn bandwagon. Now, he has explained in detail exactly how the media twisted his words.

The Times ran with the sensational headline:

Corbyn is stuck in the last century says Bragg

The paper, owned by anti-Corbyn mogul Rupert Murdoch, claimed Bragg had called Corbyn a ““20th Century Labour man” unable to reach the electorate”. It aimed to strengthen this claim by calling the musician a “previously loyal supporter” of the Labour leader.

I worry about Jeremy that he’s a kind of 20th century man, we need to be reaching out to people.

The musician hit back, but the media bandwagon rolled on

Bragg immediately responded on Twitter to The Times‘ suggestion that he had turned on Corbyn. He said he’d been “stitched up“, and posted:

Don't believe the b/s about me in the Times. I'm still supporting Corbyn, just want more talk about devo for England & fair votes for all

Can everyone please stay calm about the Times twisting my words to attack Corbyn. I remain a JC supporter. Don't let Murdoch sow discord.

In spite of Bragg’s quick response to the article, its claims were already spreading in the right-wing media. The Mail said rather gleefully:

The Metro joined in, and The Express also echoed the line that Bragg somehow thought Corbyn was “stuck in the past”.

Finally, Bragg was given the chance to respond in full. On 18 August, The Guardian released the musician’s comments with the headline:

I didn’t attack Jeremy Corbyn at the weekend. Westminster was my target

He immediately accused The Times of making his comments “sound like an attack on Jeremy Corbyn, laying my general criticisms of the Labour party squarely at his feet”.

In reality, he said, his words at the Edinburgh Book Festival had been focused on how the Brexit vote had been “just the latest in a series of unexpected electoral results that have happened since the 2008 financial crash.” Citizens, he said, had apparently:

lost faith in the ability of Westminster to solve their problems.

This had been visible in:

After the 2015 elections, meanwhile, the Labour Party establishment thought it was on the rise again and thus allowed Jeremy Corbyn on the leadership ballot to give voters the illusion of choice. But as Bragg explained:

Taken for granted for many years, Labour party members and supporters voted overwhelmingly for someone who challenged the Westminster consensus, a decision that inspired thousands more to join the party.

Brexit proved, in just one night, that the centre-right establishment consensus had “lost control of the agenda” in Britain:

As panic set in, the Labour party at Westminster rebelled against its own membership, seeking to overturn the biggest mandate ever achieved by a Labour leader. And the Tories, unwilling in this febrile atmosphere to trust their own supporters, swiftly engineered the coronation of a new prime minister. Ignoring the fact that the majority of their members had voted to leave the EU, they installed a leader from the remain campaign.

What’s at the root of the problem?

Bragg then explained what he really meant at the Edinburgh Book Festival. The “inflexible voting system and the centralisation of policy-making” represented by Westminster, he said, had “left people feeling that their voices are unheard, especially in England”. In Edinburgh, he’d simply “wondered out loud whether Corbyn fully understood the forces that had swept him to power” – forces that wanted institutional reform and a system which moved “beyond the three-party centrist model”.

For Bragg, ’20th-century’ politics involved the Labour establishment’s focus on tactics over principle, “decisions guided by focus groups not members”, and “policies pitched solely to marginal swing seats rather than to the country as a whole”. And this ‘MPs know best’ doctrine is precisely why Bragg responded to recent comments about ‘Trotskyist infiltration’ in the Labour Party by saying:

In other words, Labour elites should stop insulting their members and supporters, and should start listening to them instead.

And this was at the centre of Bragg’s message when he spoke of the need to move away from 20th-century politics. For him, this meant a movement towards inclusivity and away from tribalism, and it was aimed at the whole party, not just Corbyn.

In his view, the current Labour leader is on the right path. He just needs to make sure the Labour Party takes the necessary “leap into 21st-century politics“, by focusing on “fair votes, federalisation and progressive alliances” – with the aim of ending once and for all the political disenfranchisement and disillusionment of thousands (if not millions) of British citizens.

– Read our other articles on the Labour leadership election, proportional representation, and electoral reform. Support The Canary if you appreciate the work we do.

– See the full stream of the ‘Post-Brexit Alliance Building’ event.