This outspoken Labour critic has been allowed to join the Labour Party, and it's a disgrace [OPINION] - Canary 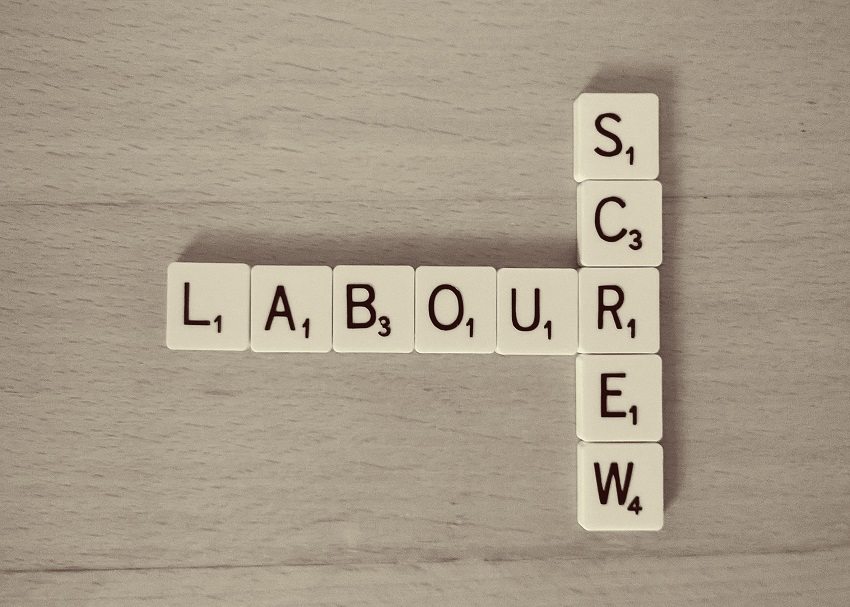 An outspoken Labour critic has been given a vote in the Labour leadership contest, despite breaching most of the rules surrounding party values. They have repeatedly tweeted support for other parties, criticised and insulted Labour MPs and frequently poured scorn on the party, saying they’ll never support them. But their vote highlights the absurd nature of the current ‘purge’ and its lack of consistency. And yes, you guessed correctly. That journalist is me.

As a member of the GMB union, I decided a while back to do an ‘experiment’. Members of trade unions tied to Labour can apply for affiliated member status with the party. This essentially gives you many of the privileges of regular membership, but without the cost. Your fees to your union cover this. So I applied, as I wanted to see just how tight Labour’s vetting processes are. This was back in July.

Time passed, and I hadn’t heard anything. Then suddenly I started receiving emails from my local Constituency Labour Party (CLP). They welcomed me as a new member, inviting me to a summer barbecue to get to know my local group. I didn’t partake in their kind offer, and the event was cancelled anyway.

But I was yet to receive any communiqués from Labour. Until last Friday (2 September). Just after 5pm, an email dropped into my inbox giving me confirmation of my vote, with the codes I needed to use. To say I was flabbergasted would be an understatement. I genuinely couldn’t believe it. I’d written about the ongoing ‘purge’ for The Canary on 25 August. And then, lo and behold, I get a vote. But the fact I have been deemed acceptable to be an affiliated member is problematic. On numerous levels.

I am an openly harsh critic of the Labour Party. I find its top-down, corporate-driven, elitist machinery unpalatable. The vacuous cries of ‘socialism’ from many of its politicians and advisers/sympathetic journalists, while enacting centre-right, crony capitalist policies perturbs me. And while they have undeniably done plenty of commendable things in government, these (for me) are often outweighed by the bad. But miraculously, I can still be a member. Even after tweeting:

@Ed_Miliband giving two fingers to everyone on a council waiting list, I see… https://t.co/Yc38u2UqG7

Or writing an article called this:

That's OK, then – because I would never vote Labour, anyway… https://t.co/Kqfj3StVTl

These tweets are on top of calling Tony Blair a c*nt a few days ago. And frequently tweeting support for the Green Party, the SNP, the Socialist Party and Plaid Cymru. Also, writing so many articles criticising Labour that I’ve lost count. But apparently, all this is acceptable behaviour if you want to be an affiliate Labour Party member. And that fact, in itself, is disgusting.

The ‘haves’ and ‘have-nots’

When I wrote an article about the Labour ‘purge’, I was both overwhelmed and stunned by the responses I got to my request for people’s stories. Some were angry; others baffled; a few laughed it off. But many people were genuinely upset that they wouldn’t be able to vote. And, more often than not, it was for the most ridiculous of reasons. Tweeting once in support of the Green Party. Apparently “abusing” a Labour MP by telling them they were angry. Being “in breach of the party’s recruitment rules“, without any explanation. Tweeting in support of Palestine. Voicing their displeasure at Syrian airstrikes. And being a former member of another party.

All of this stands in ludicrous contrast when juxtaposed with my online activities. But when compared to some others who haven’t been ‘purged’, it positively stinks.

Labour councillor John Ferrett, who called Corbyn supporters “lying Trots“. Still a member. Party donor Michael Foster, who labelled people “Nazi Stormtroopers” in The Daily Mail. Still a member. A former UKIP parliamentary candidate in the 2015 general election. Still a Labour member. John McTernan, who threatened an SNP MP with violence and called for a trade union to be crushed by the Tories. Still a member. A Liberal Democrat councillor who defected to Labour. Still a member. Owen Smith, who used a mental health slur at a public meeting. You get the idea. It appears to be one rule for ‘them’, and another for everyone else.

But this is nothing new. In last year’s leadership contest, Harriet Harman indicated that up to 60,000 people had been blocked from voting. And of course, the 2010 leadership election was run by a two-party electoral college system. This meant that 177,559 ballot papers were sent to party members, representing 50% of the electoral college. But 14 union ballot papers and a further 15 socialist society ballot papers represented the other 50%. Therefore, one union ballot had the same weight as 12,733 party members.

If Labour is ever to be in government then… we need vibrant, actively campaigning local CLPs. Every person excluded, suspended and expelled from the Labour Party has family, workmates and connections within their local community.

Indeed. And furthermore, the ‘purge’ of people who have supported other parties would appear completely at odds with what Labour wishes to achieve. The party is known for being a ‘broad church’, and surely it has to win over people who have previously not voted for it in order to stand a chance of being in government, right?

Yeah, but who cares about the grassroots?

But the point is that the Labour Party seems to have a historical problem with its members having a say in how the party is run. As McTernan himself once commented in an interview:

Yeah but who cares about the grassroots? The leader is one who determines the saleability of the Labour party. Nobody is voting for Tumbleweed CLP. They are all voting for the leader, they are voting for a potential Prime Minister.

But this is something Corbyn wants to change. As I previously wrote, he plans to end the stranglehold that corporations have over policy making, and give the power to members. He has made overtures about re/deselection of MPs by CLPs. John McDonnell has publicly called out the ‘purge’. And as The Canary reported last week, Corbyn’s ‘Digital Democracy’ plans may well shake things up in the party. Members may finally be in the driving seat; perhaps for the first time in the party’s history.

So it’s little wonder that the party elite is trying to silence members at such an alarming rate. And, it seems, over such trivialities. When people like myself get a vote (which I won’t be using, don’t worry), along with Foster and McTernan, then there is something seriously wrong with Labour’s procedures. And this needs to change, rapidly, before the party’s most valuable assets – its grassroots members – realise that the grass is actually greener in another party.