There's a question doctors are now being urged to ask patients, and it signals the end of the NHS - Canary Workers’ Co-op 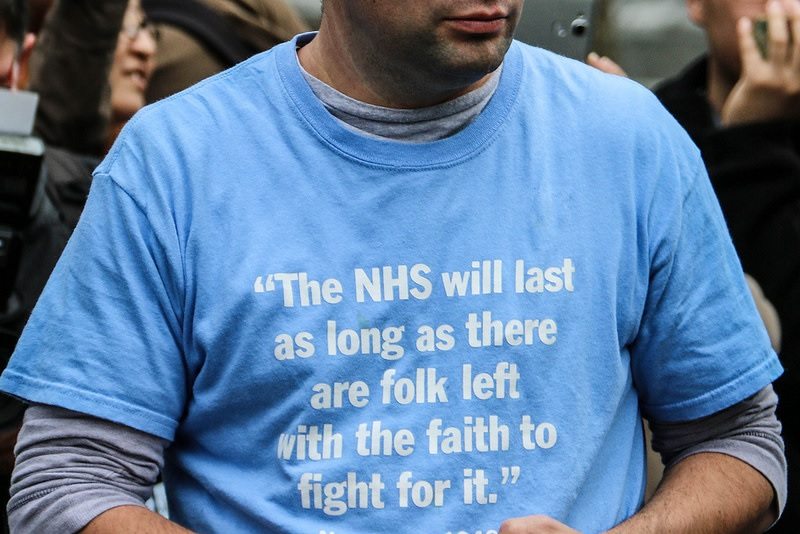 NHS doctors are now being ordered by chiefs to ask patients whether they have private health insurance and, if so, to ‘gently’ remind them to use it. The unprecedented move exposes the dire financial predicament the NHS is currently in, and confirms that the ‘universal’ commitment of the health service is well and truly over.

Managers at NHS Basildon and Brentwood Clinical Commissioning Group (CCG), one of the health trusts in Essex where the policy is in place, say it is necessary in order to “balance the books”. A spokesperson for another trust implementing the scheme, NHS Mid Essex CCG, commented:

The spokesperson added that since the scheme began:

We have seen an increase of referrals to private healthcare of 5.75% in the first six months of 2016 compared to the same period in 2015.

But while the scheme is fattening the profits of private healthcare providers, it will likely prove less fruitful for others in society. GP Dr Andrew Green has argued it could fuel inequality. He asserts that:

a further unintended consequence will be that patients already lucky enough to live in an area where large numbers of people can afford private health insurance will gain compared to those in more deprived areas who already suffer worse health, so this is hardly a step towards reducing inequality

GP Dr David Wrigley, who is the deputy chair of the British Medical Association (BMA), also criticised the policy. He said:

It is a sad state of affairs when GPs are asked by their CCGs to encourage patients to use private healthcare for their illnesses. Surely, with their own GP suggesting this, it will make patients think the NHS is not coping and lead to them seriously consider purchasing costly private health insurance.

Wrigley believes the policy will convince patients that “the NHS is not coping”, and will push them to opt for private insurance instead. But this scheme aside, the belief that the service is struggling is widespread, and it is based on the real figures resulting from the Conservative government’s wider policies.

An NHS on its knees

In March, the financial cost of the Tories’ health choices was laid bare. That month, independent charity the Health Foundation released shocking new figures about the financial position of NHS providers.

It found that, in 2012/13, all NHS providers were in a net surplus position, totalling £577m between them. Over the course of two years, they all fell into deficit – apart from the North East. Their combined deficit totalled £841m in 2014/15.

And it is this financial devastation that is fuelling policy choices such as the one these Essex CCGs are taking. It has led other trusts to ‘ration care’ by denying surgery to patients who smoke or are overweight. It’s also why life-changing surgery is being denied to children in some parts of the country.

And faltering it is. Seemingly, it can no longer afford to treat those with private insurance. It can also no longer help those over a certain weight or who choose to smoke. Nor can it fathom a way to support a disabled child struggling with cerebral palsy.

Simply put, it is not ‘universal’ anymore.

This is privatisation by stealth. And as each demographic is denied access to the NHS and forced into the arms of private providers, the ‘stealthers’ will move on to the next.

As the saying goes, injustice anywhere eventually becomes injustice everywhere. And it’s probably coming to a hospital or surgery near you very soon.

– Support the NHS Reinstatement Bill which would reverse the dismantling of the NHS.

– Join the campaign to Keep Our NHS Public.