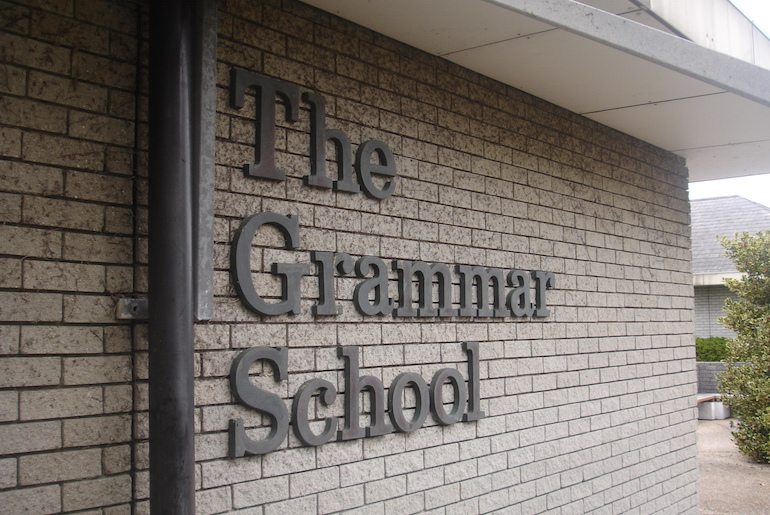 On 6 September, undisclosed government plans to increase the number of grammar schools in Britain were exposed. Right on the doorstep of 10 Downing Street. This appeared to be proof that Theresa May (a former grammar pupil herself) is refusing to remove the controversial institutions from her educational agenda.

Photographer Steve Back, who runs Political Pictures, caught the following section of a government memo on camera:

I've lost count of the times I have told people to get folders in No10, this seen this morning as Cabinet underway pic.twitter.com/YK3CESjBrg

This new consultation document was written for Education Secretary Justine Greening by Permanent Secretary Jonathan Slater – the most senior civil servant in the Department for Education. It revealed that, with a vague condition of not “disadvantaging those who don’t get in”, the government “will open new grammars”.

Why not open more grammar schools?

There have already been signs that the Conservatives are looking to bring back selective schools. In October 2015, the government gave a grammar school in Kent permission to build an extension nine miles away. This would be England’s first new grammar school in about 50 years.

As a general rule, though, the Conservatives have kept their ideas fairly quiet. And this could be because they haven’t gathered much public support, with some figures in the education sector even speaking out about it. Early in September, for example, chief schools inspector Sir Michael Wilshaw said:

While intelligent children may do better at grammar schools, people who don’t get in tend to do worse than they would otherwise. Poorer children, including the brightest, are less likely to go to grammar schools – partly because wealthier parents can pay for private tutors to prepare for entrance tests, and partly because many of these schools tend to be in more affluent areas.

Even figures like The Telegraph’s Jemima Lewis have claimed that resurrecting such selective institutions would be an act of ‘nostalgic vandalism’. Any social benefits from grammar schools in the past, she explained in 2015, were simply “cancelled out by the consequences for those left behind”.

In spite of Tory nostalgia, the argument that grammar schools contributed to social mobility has no legs, and simply distracts debate from the real issues. While environment and parenting have a big impact on educational achievement, Institute of Education (IoE) director Chris Husbands insists that:

The best in-school predictor of long-term outcomes is quality of teaching. So all the obsession with structures, with grammar schools and secondary moderns and so on, is a complete red herring.

Other experts, meanwhile, stress that grammar schools may have actually “reinforced the social status quo” to a certain extent in the 1950s and 1960s.

For these reasons and more, the response to the recently leaked memo has been harsh. Kevin Courtney, General Secretary of the National Union of Teachers, has slammed the government for wanting to “take education back to the 1950s”. Shadow Secretary of State for Education Angela Rayner, meanwhile, has said:

The cat is out of the bag: behind closed doors the Tories are planning a return to the bad old days of grammars, ignoring all the evidence which has told us time and again that they do not aid social mobility.

The Tories have overseen a school places crisis, the highest rate of teachers leaving the profession in a decade and over half a million pupils in super-sized classes. These issues should be her priority, not harking back to a golden-age that never existed.

A government at odds with education professionals

Earlier in 2016, the Conservative government came under pressure for its plans to force schools to become academies. Its proposals threatened to bring yet another industrial dispute to the table, as teachers rallied against them.

In fact, when David Cameron was asked who actually wanted academies back in April, even he let slip that it was only really academy chains themselves that supported the government’s plans. And this all came to a head in May, when the Tories made an embarrassing u-turn on the policy (just as its flagship academy trust collapsed, with the executive head of Perry Beeches resigning amid allegations of financial mismanagement).

Now, we can probably add grammar schools to the list of unpopular education reforms planned behind the scenes at 10 Downing Street.

What really needs to happen is for the government to listen to education experts and take heed of what’s worked elsewhere in the world. In Finland, for example, which has been referred to by The Independent as “the by-word for a successful education system”, teachers are both well paid and highly educated. They are also given autonomy as educational experts to teach as they see fit, and are free from inspections, standardised tests, and government interference. And this system is proven to get results.

With this in mind, maybe it’s time for Theresa May, Justine Greening, and all other advocates of outdated, unproven, or downright destructive education policies to think twice and, for once in their lives, start listening to professionals.