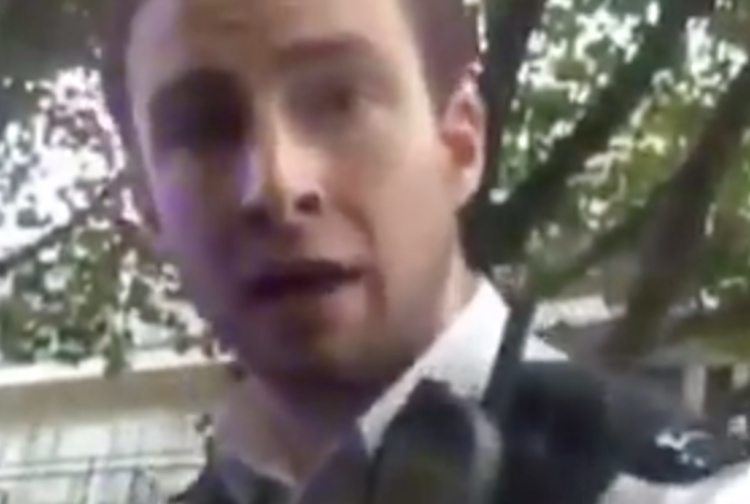 Two Metropolitan Police officers have been placed on restricted duties after video footage emerged of them smashing the windscreen of a car after a traffic stop in North London.

The footage shows an officer shaking the window and saying “get out of the car”. He went on to say “you’re not allowed to drive it”, before beating the driver’s window with his baton. The driver responds:

I’ve got a licence. I’ve got insurance. You’re smashing this for no reason.

But the officer doesn’t listen. Instead, he smashes the windscreen, causing it to shatter.

What’s the problem, officer? Why aren’t I allowed to drive my car?

The officer tells him:

He then uses a penknife to cut around the glass.

As he’s pulled from the car, the officer repeatedly calls him ‘TJ’. But the man keeps saying that is not who he is, and that he is videoing “for his safety”.

He tells them to “stop” and asks:

What are you doing this for? You’re on camera. Do you know what you’ve just done?

The next exchange shows the driver has had previous dealings with these officers. The officer starts by saying:

I’ve done absolutely nothing, mate. I don’t even know who you are. What’s your name?

To which the officer states:

Leon. That’s it. Leon, I haven’t seen you in a long time fella.

Scotland Yard later confirmed that it was a case of mistaken identity.

But even if the officer had been correct in his identification of the driver, the video shows he makes no attempt to verify the driver’s identity or whether he had been disqualified before smashing the windscreen of his car. The driver is not acting aggressively. In fact, he is remarkably calm given that he could have been hurt by the police officers’ actions.

The police have also confirmed that they’ve received a complaint about the incident and that it’s being investigated. Meanwhile, the officers involved are on restricted duties.

This footage shows how important videoing the police is. Officers can no longer say suspects were violent or abusive when there is clear video footage to the contrary.

Police officers need to be held accountable for their actions. As the driver writes in his Facebook post about the incident:

this is a daily occurrence for me and my friends.

Taken together with other incidents like the recent arrests of booksellers in Brixton and a man who was violently arrested and put in a ‘spit hood’ by British Transport Police, these incidents suggest systematic abuse, especially against those from Black, Asian and Minority Ethnic backgrounds.

The abuse has to stop, and we all have a role in stopping it from happening.

This article was updated on 16 March 2017. The video used in the piece was no longer available and has been replaced by a different version.