Born in the early 80s? I'm afraid we've got some terrible news for you - Canary 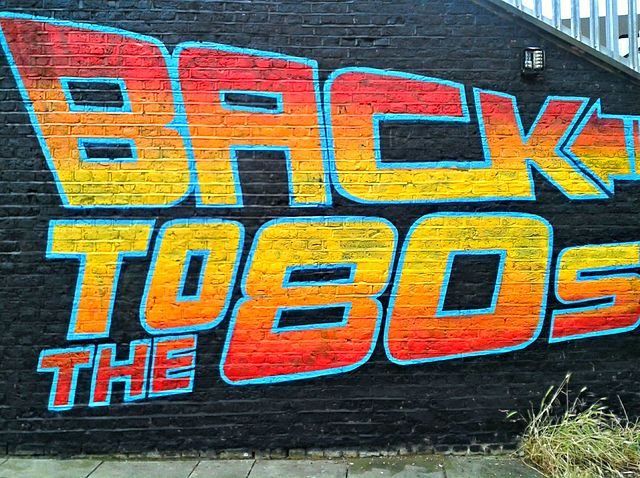 If you were born in the early 80s, you’re likely to be only half as wealthy as if you’d been born into the same circumstances in the 1970s. Why? Because Conservative and New Labour governments have shafted you, royally.

A newly-released report by the Institute for Fiscal Studies (IFS) has found that those born in the early 80s have an average net worth (savings, home equity, pension etc) of around £27,000 today. Their peers born in the 1970s, just a decade before, had amassed an average of £53,000 by the same age. This massive cut in prosperity is the direct result of stripping away all the building blocks for social mobility put in place after World War II.

To put this into perspective, every decade since the war saw greater prosperity than the previous one. But children born in the early 80s had that reversed. It’s not just that they aren’t richer. It’s that they’re massively poorer. As the report states:

By contrast, the average incomes of those born in the early 1980s have been similar to those of the 1970s cohort at the same age throughout their working-age lives so far, and are now, if anything, slightly lower.

So how come things are so bad for the early 80s kids?

How 80s kids got shafted

First, housing. Britain’s housing crisis is real, and unlike previous post-war generations, there wasn’t a robust council housing sector to support the children of the 80s when they came of age. In 1979, 42% of Brits lived in a council house with secure tenancy and affordable rent, but the then-Labour government had also left Thatcher a Britain where home ownership had risen to 56.6%.

The Right To Buy scheme came into effect in 1980, and gave council tenants a significant discount on their homes’ market value. The scheme was wildly popular, being sold as the means of turning Britain’s working class into a property-owning class. Labour dropped its official opposition to the scheme in 1985, and by 2003 more than 1.5m council houses had become privately owned.

But things didn’t go as planned. More than a third of ex-council houses now sit in the property portfolios of wealthy landlords. In fact, the son of Thatcher’s Housing Minister at the time the Right to Buy scheme was launched is now the proud owner of no less than forty ex-council houses. On top of this, every government since Thatcher has refused to put the proceeds of council house sales into the building of new social housing. These decades of defunct housing policy have left the UK with a housing shortage crisis. The restriction on social housing has seen a boom in the private rented sector, which now constitutes 20% of the total housing market, versus 10% just ten years ago. This has seen private rents across the UK rise by an average of 37% in just the last few years.

This has also led to an astronomical rise in house prices, which are now 300% higher (in real terms) than in 1959. If the price of a dozen eggs had risen as quickly, they would now cost £19.

After all this, did we end up with more people owning their own homes? No. Home ownership has now fallen to its lowest level in 30 years. Meanwhile, just 8% of Britons now live in a council house with secure tenancy and affordable rent. Housing has been surrendered almost entirely to the private sector landlords again.

The IFS found that this crisis has turned 80s kids into generation rent. They are 15% less likely to own their home, and are likely to lose 15% of their income to the increased costs of renting over buying.

What’s worse is that their incomes were already lower in real terms than their 70s counterparts. The lack of housing security, the falling incomes, and the dramatic cuts to pension schemes means not only are 80s kids poorer now, they are going to be even poorer in the future if nothing changes between now and their retirement. In short, decades of short-term government policy that made a few (already rich) people richer has made the majority of people considerably poorer.

So what can be done?

It’s not too late to transform the fortunes of 80s kids, and all those who come after. It’s not about turning back the clock, but about doing even better with the skills, technologies and experience we have today. The Conservatives have no plan, but the progressive parties are coming up with some genuinely exciting solutions.

Labour leader Jeremy Corbyn insists that he would focus on rebuilding council housing, capping private rents, and increasing tenants’ rights so that private renters would have better home security. He says:

We will build a million new homes in five years, with at least half a million council homes, through our public investment strategy. We will end insecurity for private renters by introducing rent controls, secure tenancies and a charter of private tenants’ rights, and increase access to affordable home ownership.

Welsh Labour is actually leading the way in the building of new affordable homes, getting 10,000 new homes built and 7,500 empty homes back into use during the last parliament – with plans to double these figures in this parliament.

The SNP has begun implementing similar policies. It abolished the Right to Buy scheme, increased tenants’ rights (giving Local Authorities the right to cap rents in areas where they have spiralled out of control), and introduced legislation in 2012 to make access to shelter a legal right in Scotland.

Britain needs to return to housebuilding, either managed through council or cooperative housing schemes which do not centre around the profit motive. The less people pay on their mortgages and rent, the more they can spare to support the wider economy – they will eat out, they can put their children into music lessons, they can go on holiday or buy a car.

The state will also save on the money it is paying out to private landlords in housing benefit. The taxpayer is currently handing out nearly £17bn a year on housing benefit, and a whopping 93% of new claims are being filed by people in work, but whose wages fail to cover the extortionate rents. In short, this money is going directly to private landlords in rent, when it could be going to building public housing.

It is pure common sense, and it makes absolute economic sense, to end the 35-year nightmare of Thatcherism – and strike out in a new and progressive direction that means children born in the 2010s will have a far better crack at life than those born in the 1980s.