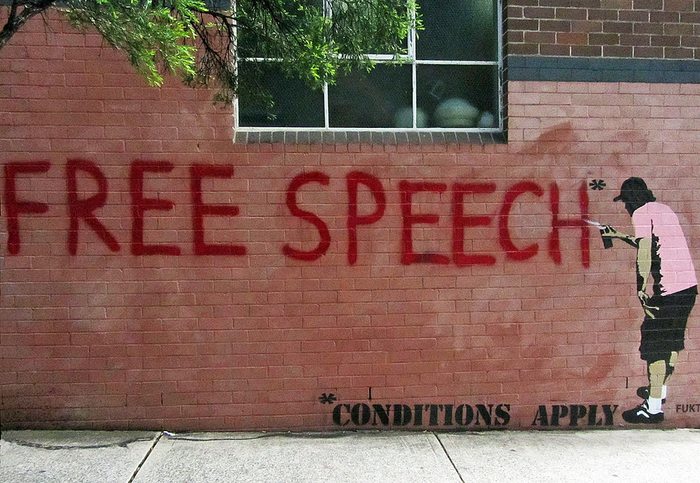 In what could be a sign of things to come, 17-year-old Singaporean blogger Amos Yee has been sentenced to six weeks in prison for “wounding religious feelings”. He pleaded guilty to posting content on the internet that was critical or even insulting towards Christianity and Islam. And indeed, if you read Amos Yee’s blog, you can see why his content is considered inflammatory. That’s why he’s now paying the price. But is that really how freedom of speech is meant to work?

Freedom of speech guaranteed, but not really

He has, on several occasions, deliberately elected to do harm by using offensive and insulting words and profane gestures to hurt the feelings of Christians and Muslims. His contemptuous and irreverent remarks have the tendency to generate social unrest and undermine the religious harmony in our society.

By prosecuting Amos Yee for his comments, no matter how outrageous they may have been, Singapore has unfortunately doubled down on a strategy that clearly violates freedom of expression.

And on the issue of his comments causing social unrest, Robertson points out how, ironically, his prosecution will cause exactly that:

For a country that prides itself on efficiency, Singapore should re-examine its approach, because every time the authorities go after him, it just adds to his online audience who are interested to find out the latest thing.

Article 14 of the Singapore Constitution guarantees citizens a right to “freedom of speech and expression”. But there’s a clause which states that parliament may pass laws which restrict this freedom for the following reasons: in the interests of national security, friendly relations with other countries, public order, morality, restrictions designed to protect the privileges of parliament or to provide against contempt of court, defamation, and incitement to any offence.

Critics have cited these reasons as being far too broad in scope and vague in nature. For example, what exactly does it mean to protect ‘morality’? And whose morality? Furthermore, as we’ve seen with the conviction of Amos Yee, it seems to be up to the discretion of the judge – reflecting the approach of the Singaporean criminal justice system at large – that one person’s comments can cause “social unrest”.

In 2015, Singapore’s Media Development Authority (MDA) banned the film To Singapore, With Love, on the grounds that it undermined national security. The film featured interviews with political activists who had fled the country. Human Rights Watch says this is just one of the ways in which the MDA (along with the Newspaper and Printing Presses Act) places restrictions on the circulation of information.

Amnesty International released a statement in August 2016 which underscored how Singapore’s Administration of Justice (Protection) Bill – broadly and vaguely worded as it is – will impose further restrictions on freedom of expression.

Many believe that the arrest of this teenage blogger is ominous, as it sends out a troubling message to fellow critics: be extremely careful about speaking your mind. Singapore has a constitutional guarantee of freedom of expression, yet some dissenting opinions are treated as crimes. The country now needs to show that this guarantee is more than just an empty gesture.