If Sadiq Khan is serious about helping Londoners, he needs to put his money where his mouth is [VIDEO] - The Canary 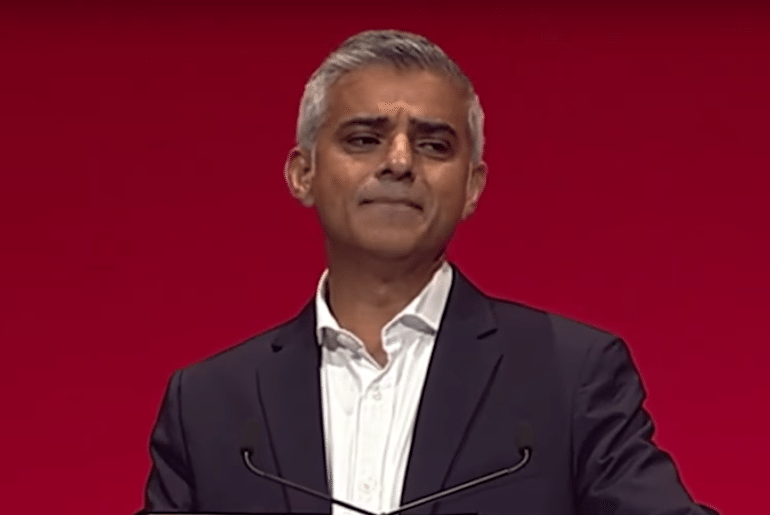 London Mayor Sadiq Khan aims to forge a reputation as a can-do politician by tackling one of the capital’s most pressing issues. Housing has long been a concern, with property prices accelerating way beyond the rate of inflation. In June 2016, the London average was recorded at just over £600,000, up from £70,000 in 1993.

The announcement comes on the back of Khan’s performance at the Labour conference, in which he congratulated re-elected leader Jeremy Corbyn at the start of his speech despite previous public statements in which he has attacked him. Khan, whose position on the political spectrum remains ambiguous but who has often talked of the need to appeal to Conservative voters, then went on to use the word ‘power’ no less than 38 times.

Clement Attlee’s Labour government, with its vision of a ‘cradle to grave’ welfare state, built more than a million council homes from the rubble left after World War II. This was later obliterated by the ‘right to buy’ scheme instigated by Margaret Thatcher’s Housing Act of 1980. More than two million council tenants, many of them traditional Labour voters, took advantage of it, replacing their rent books with mortgages. The longstanding Conservative dream of a ‘property-owning democracy’ was coming to life.

Yet while social housing occupants were encouraged to buy their homes from local authorities, councils were only allowed to reinvest 25% of the proceeds back into housing. This took control of London’s housing away from democratically elected bodies, placing it instead in the hands of the market. As those flats were re-sold, an upward spiral for London house prices began, accompanied by a downward spiral for affordability.

Throughout the New Labour years, in which so much traditional Labour policy was abandoned, the free market principle was left unhindered, and by the time of David Cameron’s recent government, right to buy was being ramped up again.

With London now a centre of global finance, attracting worldwide attention and investment, the property market has become subject to foreign speculation. Investors from abroad have bought housing stock and left it vacant, in the knowledge that it can be sold on at an enormous profit in the future. This has artificially increased prices.

Allied to the news that in real terms, people born in the 80s are considerably worse off than previous generations, Khan finds himself navigating a perfect storm. A third of Londoners cannot afford ‘decent living standards’. Huge numbers of people are leaving the capital, directly citing housing cost as a reason. And as ordinary people get priced out, London becomes a millionaire’s playground, stripped of culture, where only the super-rich can afford to live.

While Khan’s inquiry into London’s housing problem is to be welcomed, it is also a test of his bravery and integrity as a politician. He told The Guardian that:

but that he also wants:

to support development and help Londoners find a home.

It’s questionable how compatible those two elements are. If his words have substance, he will need to unpick the chaos caused by more than thirty years of rampant free-market profiteering, while standing up to globalist elites that promote it. A centrist, please-everyone approach just won’t work.

– Support The Canary so we can continue bring you the news that matters.