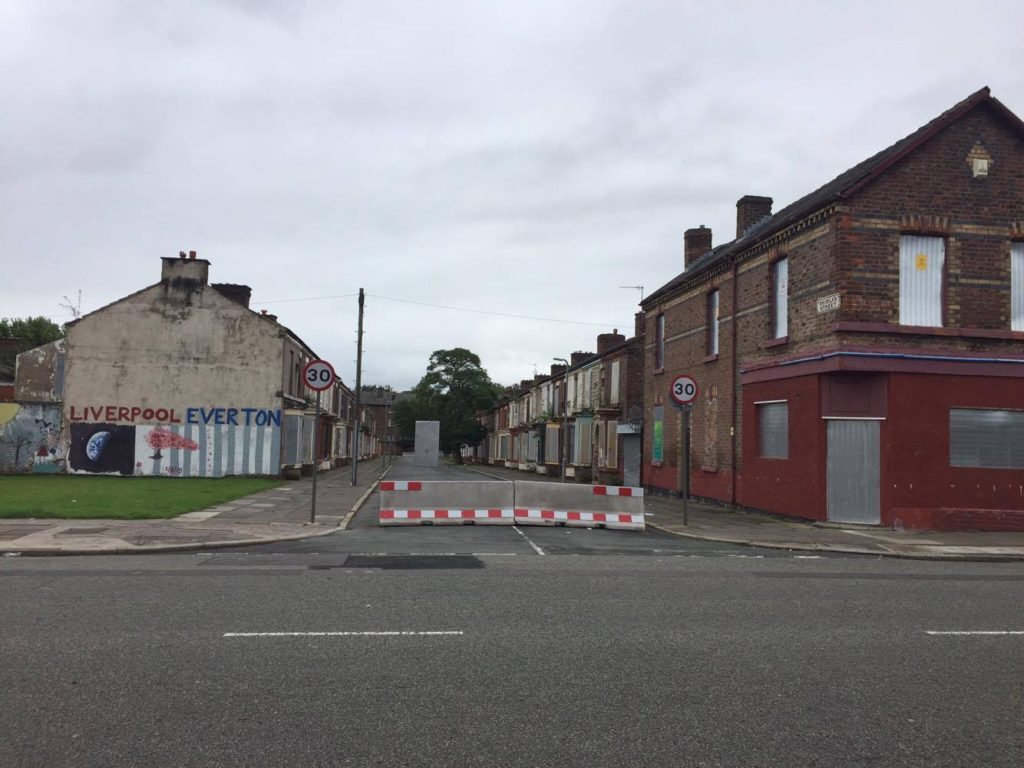 New Labour is finished. The resounding victory of Jeremy Corbyn, increasing his mandate and more than doubling party membership, means that the Labour Party is returning to the left whether its MPs like it or not. But a short walk away from its recent conference lay a devastating legacy of the New Labour years, which serves as a reminder of how important the death of New Labour is to communities across Britain.

The Welsh Streets area of Liverpool consists of about 450 terraced houses, close to local parks and amenities, that offered affordable homes in a friendly area. It’s also the childhood home of Beatles’ drummer Ringo Starr. But it has become the site of a New Labour legacy that Jeremy Corbyn’s opponents seem unwilling to acknowledge: street after street of former homes, boarded up and awaiting demolition. Instead of being repaired or rebuilt by the local authority as part of a coordinated social housing programme, they are to be knocked down and replaced with homes outside the price bracket of existing tenants.

Local residents have come together to form the Welsh Streets Group, and they say:

In 2004, the Welsh Streets became the focus of a national debate on housing and regeneration, when a block of Victorian and 1950s built homes was threatened with demolition courtesey of a New Labour scheme called HMR Pathfinders. Significantly, the bulk of these homes were owned by CDS (now Plus Dane) [and] a handful were owned by Liverpool City Council, LHT or Maritime Housing Associations. Around 30% were owner occupied.

New Labour’s HMR Pathfinders scheme was an unmitigated disaster. It sought to fix the problem of depopulation in the Midlands and the North of England by demolishing up to 400,000 houses in key locations. They worked on the assumption that there was a housing surplus. But in places like the Welsh Streets, there was actually a housing shortage. It was a classic, Westminster-centric policy which failed to account for local issues.

Opposition came from all corners as local communities were forced out of the homes they loved, including notable interventions by SAVE and the Rowntree Trust. There was press coverage, academics voiced their concerns, and questions were raised in parliament. As the Welsh Streets Group puts it:

By November 2010, the funding for the HMR scheme was cut, promises of new homes were un-met and thousands of empty homes tinned up and abandoned to the elements. By this time, Merseyside had 13 thousand empty homes, and 23 thousand seeking housing.

The Welsh Streets Home Group conducted surveys, met other campaign groups, photographed the houses, wrote letters, sought advice, lobbied and learned about urban design. They ran local planting schemes and had the occasional party to celebrate holding off the bulldozers. They promoted the renovation and ‘retro-eco-refit’ of the streets feeling that this approach offered environmental, economic and social benefits. Eventually they attracted interest from Housing Cop-ops, not-for-profit organisations, investors, and families who offered the financial and administrative means to refurbish the Welsh Streets, and from innovative urban designers and engineers all interested in making the place desirable and affordable with a mixture of new and old homes.

Former Conservative Secretary of State for Communities and Local Government Eric Pickles called for an inquiry into the plans for Welsh Streets in Autumn of 2013. When the inquiry ruled against the tenants, Pickles overruled it and vetoed planning permission himself. He argued that when the properties could be refurbished and repaired, there was no sense in destroying one of the most historic and attractive communities in Liverpool.

Three years later, Welsh Streets remains largely unoccupied, boarded up, and of no use to the many people who could be making use of the properties as homes. As I walked through the area this week, I was astounded at the monumental waste. The council hasn’t even bothered to maintain the streets, or the housing. The streets are cracking open as green shoots start to break through the concrete and tarmac; the trees are overgrowing to the extent that they darken the streets and reach into the roofs of the houses; the facades of the houses are starting to appear derelict with paint and cement cracking apart and falling to the ground. It is eerily quiet: pigeons, echoes of traffic from surrounding areas, and the sound of my own breath and footsteps.

In December 2015, Liverpool Council finally dropped its plans to appeal, and agreed to come up with new proposals based on regeneration with private contractors Plus Dane. Finally, more than a decade since the residents were forced out of their homes – there may be a solution on the horizon. But with the damage done to the area in this time, it won’t be cheap.

In July of this year, work finally began in partnership between Place First and Liverpool Council to regenerate the area. Walking the area in late September, it’s fair to say the work is not advancing at much of a pace.

Just a few minutes walk north, the Granby 4 Streets regeneration offers an insight into what’s possible when communities and agencies work together to develop for the future. In 2007, the four roads looked not dissimilar to Welsh Streets. But the regeneration work there to repair, rebuild and replace homes affordable for the local community actually won the Turner Prize for art. 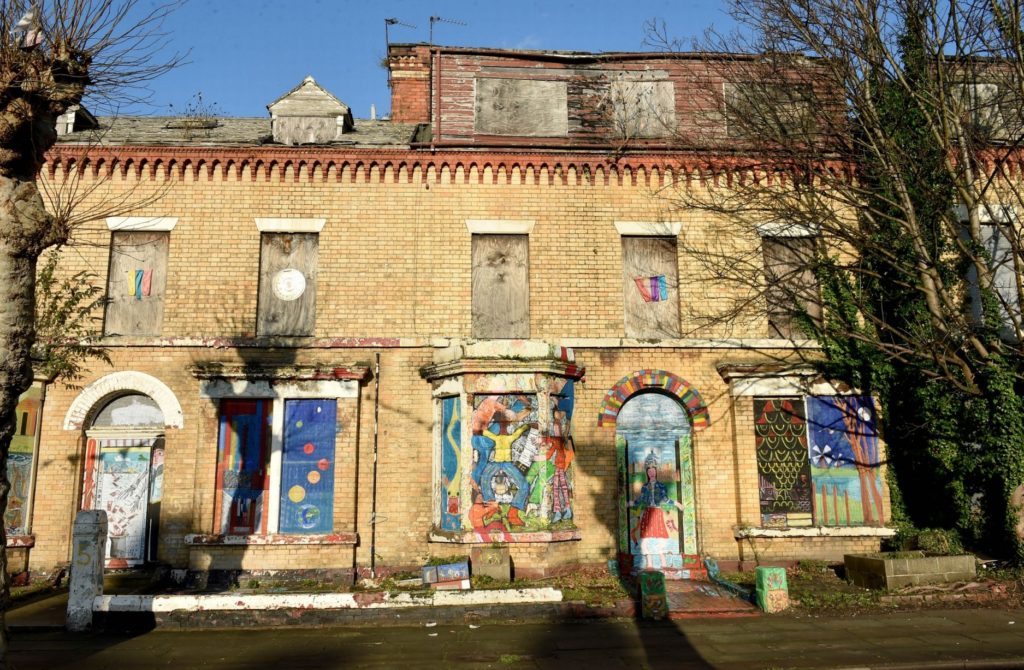 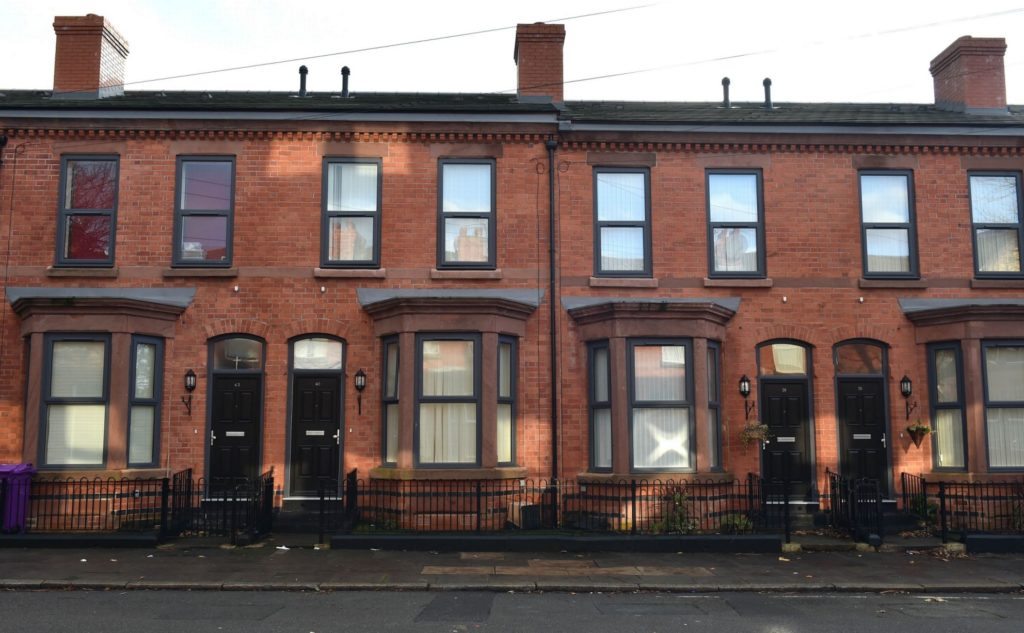 The Granby 4 Streets Community Land Trust’s 10 Houses Project will not only leave five homes with an affordable rent and five homes under shared ownership, but it is also offering training schemes for local 16-to-24-year-olds who want to get into construction.

Local communities need to be engaged and included in the proposals to develop their communities. As shown in Welsh Streets and Granby 4 Streets, this is where the best plans are created and implemented. Labour leader Jeremy Corbyn and Shadow Chancellor John McDonnell are beginning to lay out similar plans for developing Britain’s infrastructure, through the National Infrastructure bank, together with a network of Regional Banks to kick-start redevelopment with £500bn. It is important that they learn, from the successes of Granby 4 Streets and elsewhere, that local communities are not merely to be consulted on fait accompli plans, but to be put at the heart of developing the plans in the first place. Coalitions of cooperatives, community agencies and residents can and should be the foundation of building communities from the bottom up.