A Newsnight presenter delivers a stunning attack on the right-wing media, and absolutely nails it [VIDEO/OPINION] - Canary Workers’ Co-op 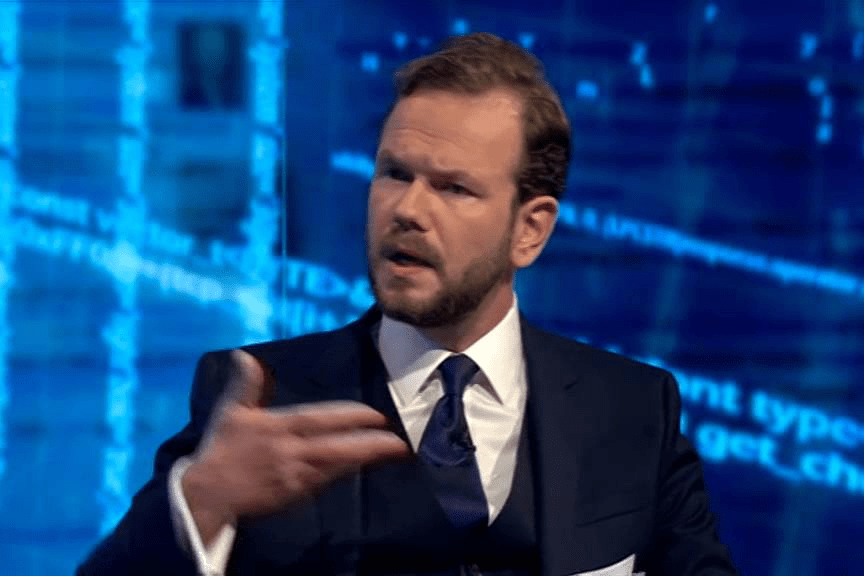 Regular guest host on BBC Newsnight and LBC radio presenter James O’Brien has attacked politicians and the tabloid media for blaming all our problems on immigration.

Speaking on LBC about a new report which has shown that over 16 million people have less than £100 in savings, O’Brien ripped into the tabloid media for not only failing to give the story the prominence it deserved, but also for blaming all the problems this country faces on immigration:

I don’t know what to do today. I don’t know how to conduct this conversation. I honestly don’t. How do I have this conversation? ‘Oh, it’s alright for you, James.’ Yeah, I know. But I don’t want to live in a country like this – where not only are people, 16 million people, [living] with less than £100 in the bank. And still, what’s on the front page of The Daily Mail? Some bishop banging on about bloody migrants. Every flipping day.

Living with less than £100 in the bank

The reality is, not only do many people have to live with less than £100, but many people would be thankful if they were £100 in credit. People who are under 25 and unemployed only receive £57.90 in Jobseeker’s Allowance, which rises to a mere £73.10 once over 25. Furthermore, those who work for the minimum wage are unlikely to be able to save once the spiralling cost of rent and bills are taken into account.

Meanwhile, debt is growing. A report released by Aviva’s Family Finances in January found that debt had risen by two fifths in six months, with people being forced to use overdrafts, credit cards, and personal loans to survive. The average debt recorded in the study was £13,520.

But instead of looking at government policies and the impact of austerity, too often the problem is blamed on immigration. O’Brien nails the argument. He asks:

What’s your life like compared with the people telling you to blame all your problems on immigration?

He continues with an analogy about a father and son:

How did you let this happen dad? Sorry son, [I] blamed it all on Romanians and Muslims.

Selling your birthright down the river; turning our country into a client state; sucking up to Russian oligarchs whose money couldn’t be filthier. It’s what the politicians were doing.

What were you doing, dad? I was shouting at Muslims, son. I was getting cross about mosques.

And this is exactly the problem. Instead of looking at the root causes of these problems – at the crippling cuts of austerity which have meant 150,000 pensioners being unable to access vital services; an 8% reduction in spending on child protection; a country where we are facing a mental health crisis – we are repeatedly told by the tabloid press and politicians to blame immigration.

Meanwhile, the gap between rich and poor citizens is growing, with the richest 64% better off than they were before the recession and the poorest 57% worse off. The pay gap between the rich and the poor is widening and, as O’Brien points out, it is those nearer the top who are trying to get the rest of us to play the blame game with casual racism rather than looking for the real culprits of the crisis.

There is a class war raging in this country, and the wealthy elite is winning. This can change. But in order to do so, we have to stop believing the lies propagated by right-wing tabloids, stop blaming immigration, and start fighting back at the real causes of the crisis this country is facing – the Tory government and its destructive austerity policies.

– Support the work of new media organisations here. Please add others that you like in the comments.