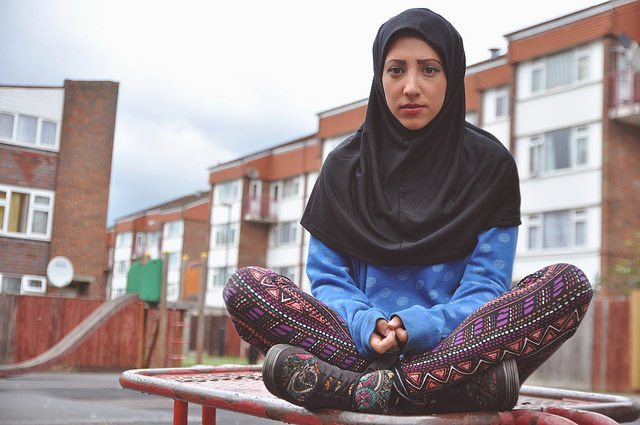 A new report launched by the Open Society Justice Initiative (OSJI) has found that the UK government’s Prevent strategy has serious structural flaws that creates a serious risk of human rights violations and is also counterproductive by damaging trust between teachers and health professionals and members of the UK’s Muslim community, which is essential to counterterrorism efforts.

The government’s Prevent strategy, which has been in operation since 2011, has caused great controversy.

In its current form its aim is “to stop people becoming terrorists or supporting terrorism”. But after the passing of the Counter-Terrorism and Security Act 2015, a statutory duty was imposed on certain authorities to prevent people from being drawn into terrorism – The Prevent Duty.

Included among these authorities were schools, universities and NHS Trusts, which means teachers, doctors and psychologists, in positions of trust, have to report on and refer certain individuals who they think may be vulnerable to violent or non-violent ‘extremism’. The strategy and the duty has caused widespread concerns, but in particular within the health and education sectors, as the Prevent duty appears to be in direct contradiction to their duty to care.

The OSJI report, ‘Eroding Trust‘, for the first time forms an independent assessment of the strategy exclusively in these sectors and concludes that the Prevent strategy “suffers from multiple, mutually reinforcing structural flaws, the foreseeable consequence of which is a serious risk of human rights violations”.

Some of the key traits of the Prevent strategy are principles based on ambiguous concepts, including that of ‘non-violent extremism’ and ‘British values’. These principles then lie in the ‘pre-criminal’ space. A former Chief Superintendent of the Metropolitan Police, Dal Babu, told the authors of the report:

This is a very dangerous road to go down – I don’t know what it means to be ‘pre-criminal’- -I suspect it means holding a certain point of view.

It is thought these ‘points of view’ allow someone to be easily exploited by terrorists. But evidence suggests that the underlying assumption that these views have a direct causal link to terrorism is false. It therefore, vilifies and stigmatises individuals for having done nothing wrong.

The report also refers to the 22 factors that make up the assessment tool to judge whether someone is vulnerable to being drawn into terrorism. It has been taken from a prison population sample and is known as the Extremism Risk Guidance (ERG). But Andrew Silke, a counter-terrorism expert and adviser to the government, says:

The ERG factors are essentially working hypotheses to account for how an individual became engaged and to capture the features of their mind-set, their intentions and their capability for terrorism. None of these factors has a demonstrated link with future offending, so are as yet unproven.

These indicators however have been spread throughout the country through training courses for those under the Prevent duty. In the West Midlands for example, a list of indicators for teachers to look out for, included if a child has a different group of friends, strongly held political beliefs, if they change the way they dress, or if there is a drop in grades. Many may fall into these categories without having anything to do with terrorism, which penalises them for their views and violates their freedom of expression.

These flaws in the strategy make it virtually ineffective – as well as harmful.

The legal duty to report has meant that there have been over-referrals.  Health professionals risk breaching their confidentiality with patients. And Muslims experience institutionalised discrimination in these two key sectors.

There are also serious concerns about the treatment of children under the strategy. The government describes it as “safeguarding”, as if to say they are promoting the welfare of children and protecting them from harm. In essence though, Prevent has a very different aim.

It can also undermine education. Case studies within the report have cited the cancellation of conferences, and that individuals have been weary of expressing views or being critical of Prevent for fear of retaliation. This in itself could cause more harm as it drives discourse underground, and be responsible for promoting, rather than preventing, extremism.

In short, the Prevent strategy has not been found to reign in extremism, but has simply created more risks to Muslims in a climate of Islamophobia. It seems the strategy needs a complete overhaul if the government is really serious about tackling terrorism.

– Write to your MP about the Prevent programme.