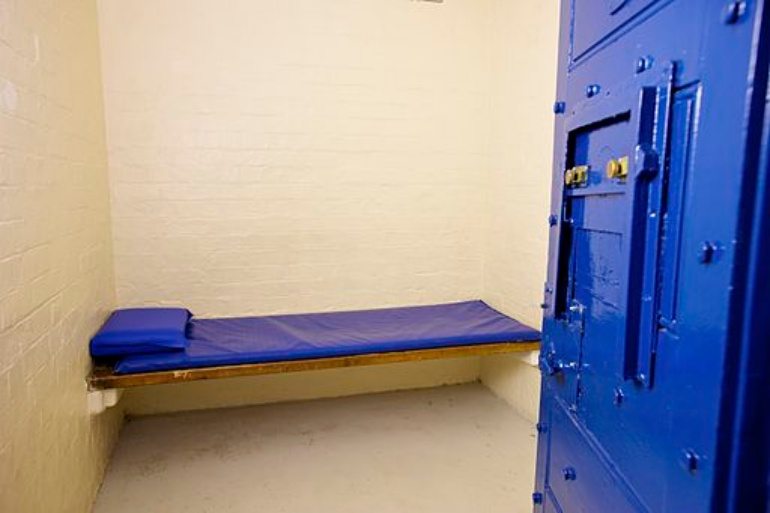 A woman has given a moving interview about being strip-searched by South Wales Police officers when she was just 12 years old. But as my own experiences show, this is far from an isolated incident.

Georgia, who is now 20, was interviewed with her mother by the BBC. She described how the police pulled them over while driving:

We didn’t know what we’d done wrong. They just said just to stay in the car and just don’t move anything. A couple of minutes later, we were told to get out. We were separated. I was separated from my mum.

After a few questions, I was taken off separately in a police car to be strip-searched.

The girl was given “no indication” as to why it was happening and said that “as a 12-year-old girl you don’t really ask questions”.

Her mother also told her side of the story:

We were pulled over. I was told it was because of a bald tyre. As the situation carried on, it obviously wasn’t about a bald tyre and they said they’d stopped me under the Misuse of Drugs Act – which shocked me, scared me.

We were taken to a police station which was about ten miles away. Georgia was in one car, I was in another. We weren’t allowed to speak. I got to the custody suite. Georgia was actually there to be taken to be searched. I said to the police officer you can’t search her, she’s 12. And they said, ‘yes we know’.

Georgia was searched without an “appropriate adult” in the room, meaning there was no one present to look after her welfare. South Wales Police have admitted the search was carried out without anyone being present and that the two officers had received “management action” for their behaviour.

She described their actions as “horrific and demeaning”. No drugs were found, and the pair faced no charges. They have now received compensation.

According to a Freedom of Information (FOI) request made by 5 Live Investigates, figures from 13 police forces show that 5,000 children aged 17 were strip-searched. The Metropolitan Police accounted for the majority of these figures, carrying out 4,000 searches. But with only 13 out of 45 police forces replying to the FOI request, this figure is just the tip of the iceberg.

Furthermore, a report from Her Majesty’s Inspectorate of Constabulary (HMIC) in 2015 found that African-Caribbean people were much more likely to be strip-searched. HMIC’s report concluded that it:

considers forces are at risk of discriminatory strip-search practices.

A strip-search should only be carried out when a police officer “has reasonable grounds for believing that you may be concealing anything that is likely to cause physical harm or injury to you or another person”. The search should be carried out by officers of the same sex, and cooperation should be sought from the detainee.

But this isn’t always the case. And often, strip searches can be used as a means of punishing detainees the police don’t like, or who aren’t being cooperative.

It has happened to me on several occasions when I have been arrested for my activism. But the most traumatic was during an arrest by Devon and Cornwall police several years ago. On this occasion, I was dragged into a cell and held down by two male police officers while my clothes were pulled off by female officers. Other male officers, including the custody sergeant, watched from the door. I was left naked on the floor with a paper suit to put on.

No explanation was given to me as to why I was being searched in this way, and I wasn’t given the chance to cooperate. In the subsequent complaint, the custody sergeant who authorised the search couldn’t give a valid reason why it had happened, and eventually I received compensation and an apology.

As I’ve previously written for The Canary, the mental heath impact of policing is not always well-documented, but it is immense. Georgia broke down when she was interviewed about it. Eight years later, she described how it has affected her:

It has really affected my life. I don’t really go out.

What they did that day changed everything… She’s not the child we started off with that morning.

These words, and her obvious distress, made me cry. Not only as a humane response to what she went through, but also because I recognise that difference, and what can happen. A few months after my arrest and experiences, I wrote:

Yet despite being hysterical, there was also clarity. Things couldn’t be the same again, something had to change.  A part of me, a strong stable part of me I liked, was drifting away, the tide sucking it far out into the horizon. A different reality forced into my existence.

I changed that day. And I am an adult well versed in my rights, and accustomed to police violence and abuses.

You can watch Georgia’s interview here:

While myself, Georgia, and many others have received apologies and compensation for what the police have done to us, it isn’t enough. There has to be a fundamental change in the attitudes of police officers and their superiors towards the way strip searches are used – especially where children are concerned.