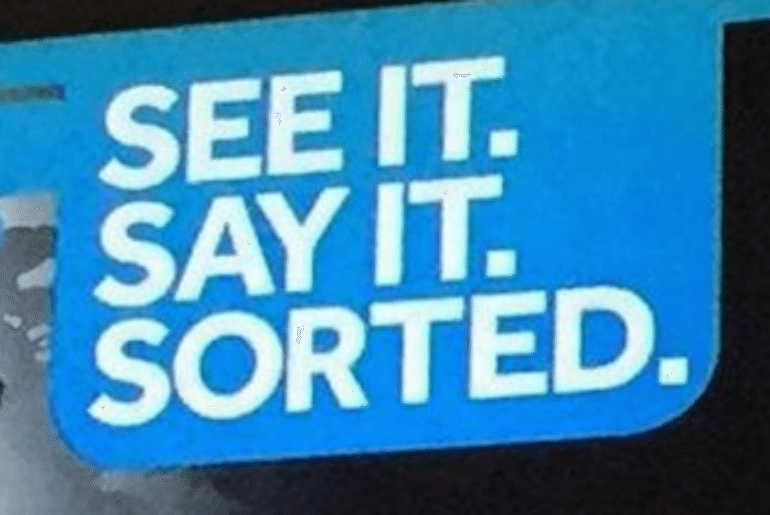 A new poster from the British Transport Police (BTP) has been compared to images from Nazi Germany, and the police are facing calls to remove them from the transport network.

Depicting a shadowy man with a beard, the posters proclaim: “See it. Say it. Sorted.” They also ask “Are they wearing a big coat to hide something?”

And while there is something ridiculous in asking people to report men with beards and big coats as we’re coming into winter, it is the imagery which has attracted the most criticism:

Immediately, I would think only one thing: "Nazi poster". No question. Examined many of them in school and similarity with this is chilling. https://t.co/cJr707nXBT

People took to Twitter to show comparative posters and to express their shock:

The BTP have issued a response following widespread criticism of the posters, stating:

We are saddened that people have been upset by parts of this important campaign. This certainly wasn’t the intention. The campaign uses illustrations rather than photographs to avoid singling out any group or part of the community.

But social media users were not impressed by the statement:

@BTP ok we all get that you are sad abut your racist poster. Please will you now withdraw it?

It is highly unlikely that the BTP or the designer set out to produce a poster which resonated with so many people as being representative of Nazi iconography. That notwithstanding, you could be forgiven for thinking that, somewhere between design and production, someone would have noticed.

And when even Metropolitan Police commissioner Bernard Hogan-Howe has admitted that there are “some justifications” to claims that the Met is institutionally racist, questions have to be raised as to why this poster was deemed acceptable.

A hate crime or incident is defined by the “perception” of the victim and/or a witness as to whether what has happened is racist, homophobic etc. The intent of the perpetrator is not relevant.

Having now had feedback that has included the fact that people find the poster offensive, racist and antisemitic, it is time for the BTP to withdraw this poster. Anything short of this would be to continue propagating hate.

– Contact BTP and ask it to remove the posters.