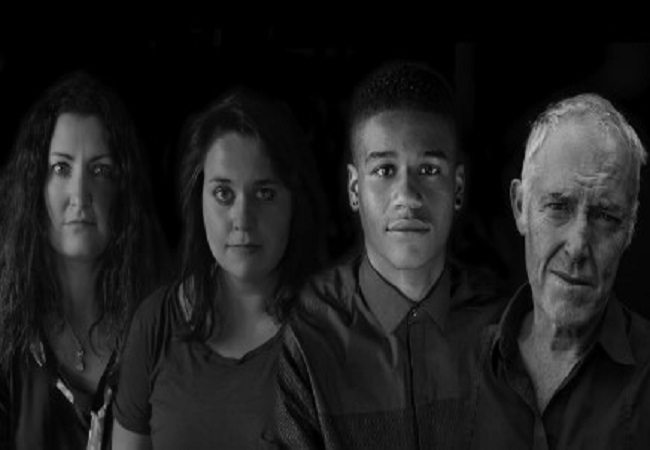 A radical film cooperative has released a series of ‘shorts’, tackling the issue of precarious employment in the UK. WellRedFilms (WRF), based in Sheffield, is releasing one episode in the Work Series every Wednesday in November. And the films aim to bring home the reality of the employment market in the UK.

Little has changed in five decades

WRF was founded in 2015 by former members of the left wing political party Left Unity. The group has made 33 videos since it started. It now averages over 5,000 views of each video that’s distributed on its three channels. The group says its aim is to give a voice to those people not normally represented in the mainstream media. And with the Work Series, this ethos comes across particularly strongly.

Alan Story, Chair of WRF spoke exclusively to The Canary about the project, and the cooperative’s aims more broadly. He said that the inspiration of the Work Series came from the book Work: twenty personal accounts; a series of two volumes that compiled the real life stories of those in traditionally manual/routine jobs in the 1960s and 1970s:

In Work: twenty personal accounts, more than 30 workers wrote with passion and honesty about their working lives. Forty years later, we have tried to make a video version. Because the four workers (call centre, bar, teacher, and support worker) we interviewed for this series would likely be fired if they appeared in the videos themselves, we selected four excellent actors to act out the interviews. This seemed preferable to disguising their voices and having them appear in silhouette.

The original interviewees, however, did approve the video script. So it is an up-front presentation of their views. Actor David Ault does a very believable job, I think, as the interviewer in the videos. He comes across as really interested in what the workers are saying.

A progressive view of the world

The selection process for finding interviewees for the Work Series was somewhat unusual. One person responded to a callout WRF distributed on social media; another was recommended by a union organiser the group know from Sheffield; one is, as Story describes, a “leftie mate of mine”, and another person was someone who wanted to join WRF. “He told me about his working life on a zero-hours contract for three years”, Story says, “and a week later, I gave him a formal interview”.

It’s this ‘everyday’ slant, using people not normally represented in the media, which fits so well with WRF mission. It states that its goals are to:

As our name implies, we try to make anti-capitalist, anti-racist, pro-environmentalist, pro-hope, etc. videos. And ones of a good technical quality. That’s a tall order and WRF has had some ups and downs. But we are currently in the midst of distributing six videos we have been working on since the summer. And getting a positive response.

Our annual promotion ‘budget’ is not much larger than a TV license costs for a year and so our viewer figures are very much dependent on shares from supportive viewers. One WRF video last year had 300 shares and 13,000 plays, our highest to date. We truly do rely on the masses.

The first video in the Work Series is My life as a call centre worker. Susan, a middle-aged woman who previously thought that call centres were “just full of young people”, vividly explains the true nature of this kind of work. She thought that, when she was at school, she’d “never work in a call centre”. Structured as two-person interviews, they use a basic, stark backdrop and just two different camera angles. This format is used to pertinent effect. Often Susan’s story is both frustrating and moving. “Working there has really knocked my confidence,” Susan says, with sad resignation, “you feel like you’ve just slid down the bottom of the barrel”.

The Work Series, although portrayed by actors, is actually a documentary. But WRF also does drama. The successful short Northern Girl was released in April 2016. It tells the story of ‘middle-class’ Emma, who seemingly has everything most people don’t want: the undervalued degree, a job of last resort and a growing cloud of debt. A ‘northern girl’, this ultimate achiever gets her big break in London, where the daily montage of life consists of clinging to the greasy career ladder. When Emma meets her partner they escape back up north. But a directive from London makes Emma realise there’s no class to being the middle; it’s just them and us.

One of WRF newest works is Where’s the fire engine, Daddy? The film tackles the issue of the privatisation of public services, but in a gritty and somewhat shocking way. Story explained:

I won’t give away the punch line to Fire Engine. But privatisation of public services is, sadly, more and more a part of our daily lives. When a fire breaks out in his flat a resident and his daughter (two terrific actors) ask in a daze, a) where’s the fire engine? b) why is a private company in charge?’ The dispatcher replies, to quote from the script:

‘Where have YOU been in the last few years, sir? (in a condescending haughty voice) Private companies in Britain now own and operate the trains and the buses, the water, the gas and power utilities. We are getting more and more into schools – you’ve heard of academies, right – we run the Royal Mail, the NHS is becoming a nice little earner. Recently we took over the land registry office.’

WRF is non-partisan in their political stance. But the gritty reality and handling of subjects the mainstream media shy away from is very radically-left. Story says WRF strives to be an independent progressive platform. Active members of the group have different political sympathies: Corbyn supporters, Occupy-identifiers, environmentalists, Marxists, “and some of us are just against the Tories”, Story somewhat wryly says.

The other three films in the series are the stories of a bar worker, a teacher and a support worker. These are released on the 9, 16 and 23 November, but an exclusive preview was given to The Canary. My life as a bar worker gives a fascinating, but somewhat devastating insight into the world of corporate chain pubs. It is from the viewpoint of a bar team leader on a zero-hours contract, who describes the life of staff in the company as akin to “something out of the medieval ages”.

My life as a teacher gives a damning indictment of the nature of education in the UK. It is not only critical of government reforms, but highlights the challenges facing trade unions in the industry. My life as a support worker is perhaps the most difficult to watch. The film not only highlights the highly challenging and precarious nature of support work, but also the devastating effects government cuts have had on disabled people.

The Canary asked Story what he thought of the Work Series when he watched them back after the final edit. He mused upon how little we hear ‘authentic’ working class voices in the mainstream media and how that same media rarely talk about ‘our’ working lives; “a job, whether or not you have one, is an important part of who we are as people”, Story said. He continued:

The main role of the MSM [mainstream media] is to act as an ideological prop for the existing political and economic system. And honest reportage on what happens in UK workplaces in 2016 is hardly a winning recruiting message for capitalism, its artifice and its cruelty.

But Story’s overriding sense after he finished the films was how privileged he was to interview these four workers. “They gave me the ‘straight goods’ on their working lives”, he said, and he hopes viewers will feel just as privileged to watch and listen to the nitty gritty of their working lives. While the Work Series is not high-end drama, this is irrelevant. What the films are is a brutal, honest, and at times all-too-familiarly heart-rending collection of life. One that millions of people in the UK survive on a daily basis.

– Watch the first film in the Work Series.