Mhairi Black wants to reform the welfare system, and she has a cunning plan [VIDEO] | The Canary 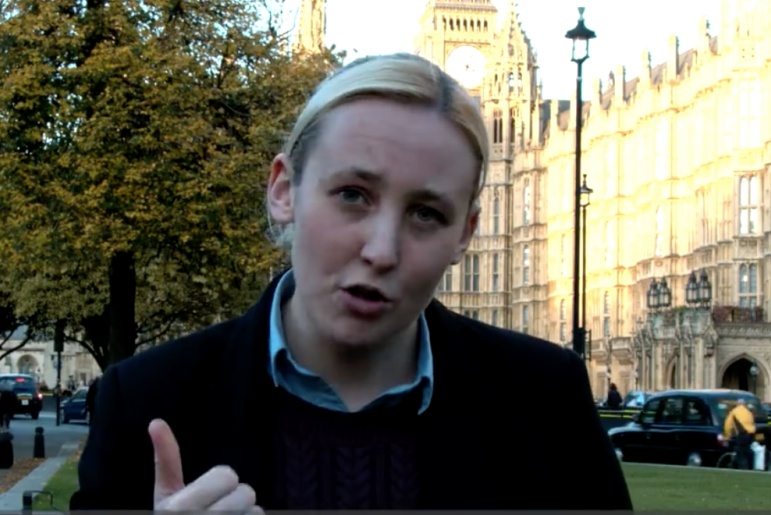 Mhairi Black, the UK’s youngest MP, wants to reform the welfare system, and she has a plan. But she is appealing for your help in order to make it happen.

Through a private member’s bill, Black is planning to try and regulate the way sanctions are implemented against benefit claimants. And she has launched a public consultation on the bill through a video.

She starts by explaining what a private member’s bill is in her typical down-to-earth way:

Just for explanation, a private member’s bill, if you’re lucky enough to get one, is basically a free pop at making a law.

Black then explains how she is using her bill:

I’ve decided to use my private member’s bill to challenge the benefits sanctions regime.

The problem with parliament

Black is playing the pragmatism game with this bill. While, as she admits, she would love to get rid of sanctions altogether, she also realises that:

But while the bill will not be going far enough for many people, Black says that she is:

using this unique opportunity to try and change some small aspect of the system, hopefully which will make life a lot easier for many people.

And she may just succeed – as long as the ugly problem of filibustering doesn’t rear its head. Talking out private MPs’ bills is a favourite tactic of Conservative MPs such as Jacob Rees-Mogg and Philip Davies. Through making long speeches and refusing to give way, these MPs ensure that bills never see the light of day as there is no time for a vote. Davies used the tactic to block a bill which would have given free parking at hospitals to carers.

Given these barriers, Black’s bill is uncontroversial enough that it might just get through, at the same time as actually helping people.

And Black says sanctions are often applied in a way that is often “very strict and very unreasonable”. She gives examples:

If you’re a young mother and you miss an appointment at the job centre to look after your sick child – it doesn’t matter, you are sanctioned.

There are many other examples of the arbitrary ways in which the sanctions regime is used. For example, missing an appointment through going into premature labour or being in hospital for two weeks after being hit by a car. And not filling in a job search form on Christmas Day could also be sanctionable.

And the impact of sanctions on those affected is harsh. As Black explains:

When when that happens we know, from various reports, that usage of food banks goes through the roof.

Additionally, according to a report by the Joseph Rowntree Foundation, sanctions have a:

strongly disproportionate effect on young people under 25, and there is also evidence of severe impacts on homeless people and other vulnerable groups.

Black plans to change the system by introducing a “formal code of conduct”. She explains that:

Instead of vague guidelines, have a formal code which job centres must meet. They have to take into account someone’s housing situation, their physical and mental health and their caring responsibilities. And only then, can a sanction be applied. Hopefully this will stop anyone being left absolutely destitute as we have experienced so many times.

But Black wants help to make this bill as good as it can be. She says:

But this private member’s bill isn’t perfect. So we want to hear your opinions and your views, on how it can be made better.

Black is a refreshingly honest MP. She doesn’t pull any punches, but she also realises the limitations of the role she has taken on. This bill may not be as far-reaching as many people would like. But with a benefits sanctions system which has been linked at its worst to people’s deaths, this is a bill that could save lives.

– If you want to get involved in the public consultation over this bill, visit the SNP website.