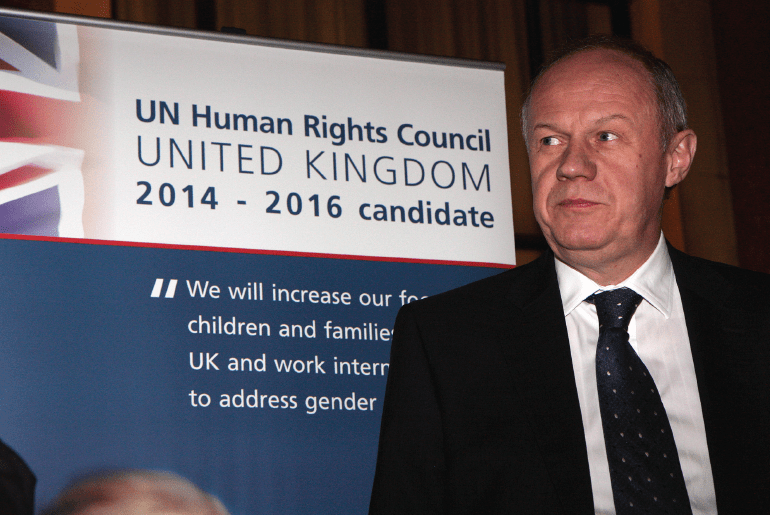 The Work and Pensions Secretary, Damian Green, has been busy speaking favourably about the “gig economy”, saying he finds it “exciting”.

The gig economy has developed from websites which allow people to find freelance work more easily. It’s also seen as a backdoor for employers to avoid giving workers the rights that employed people are entitled to.

Green told the Reform thinktank that:

Just a few years ago the idea of a proper job meant a job that brings in a fixed monthly salary, with fixed hours, paid holidays, sick pay, a pension scheme and other contractual benefits.

But the gig economy has changed all that. We’ve seen the rise of the everyday entrepreneur. People now own their time and control who receives their services and when.

They can pick and mix their employers, their hours, their offices, their holiday patterns. This is one of the most significant developments in the labour market. The potential is huge and the change is exciting.

Describing people using these services as “everyday entrepreneurs” may indeed sound “exciting”. But it’s important to remember that self-employed workers are on average earning less than they did 20 years ago. As The Financial Times noted:

Some see an army of freedom-seeking entrepreneurs; others an underclass with precarious incomes and no employment rights.

It’s also important to remember that the Conservatives have been attacking workers’ rights since they came back into power. As such, it’s hard to believe that the “everyday entrepreneur” element excites them as much as the ‘no employment rights’ element.

How the gig economy works

The gig economy is not without merit. A lot of advertised work is in areas where freelancers already operate. In these instances, the internet can streamline how people advertise and find work. Flexibility is also a key issue. Especially for people who require a job that can be worked around other commitments.

How the gig economy doesn’t work

Jobs offered as freelance work can provide even fewer entitlements than zero-hours contracts. Gig economy workers do not get holiday pay, for example.

There have been several recent examples of workers challenging their freelance status. Uber recently lost a landmark employment tribunal. The result is that they have to give their employees the National Living Wage, holiday pay, and other workers’ rights. Workers who testified at the tribunal said they were under “tremendous pressure” and faced “repercussions” for cancelling pick-ups. They also reported that they sometimes went entire months earning less than the minimum wage.

Uber drivers and other directed workers do have legal rights at work. The question for them now is how those rights are enforced in practice. The clear answer is that the workforce must combine into the GMB union to force the company to recognise these rights and to negotiate fair terms and conditions for the drivers.

Due to this legal precedent, workers who engage with platforms like Uber should now find it easier to attain rights. This will require vigilance from workers, unions, and reporters. It will also hinge on the government not pursuing a more favourable position for the companies who provide this work.

Since becoming PM, Theresa May has attempted to portray herself as being in favour of stronger workers’ rights. She has even ordered a review into extending these rights in the gig economy. This review is being undertaken by Tony Blair’s former policy chief, Matthew Taylor.

Even if the review does advise more favourable conditions for workers though, May would not be required to follow that advice. To do so would be at odds with how she and others in her party have regarded workers’ rights in the past. It would also be at odds with how they have historically handled reviews that don’t enforce their pre-established opinions.

– Keep up to date with Union News.

– Read more articles from The Canary on the Department for Work and Pensions.