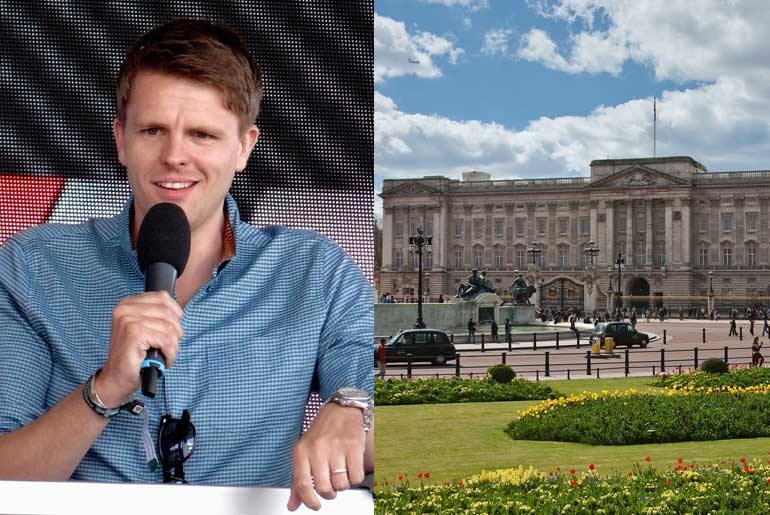 On 18 November, the Treasury announced that Buckingham Palace would undergo a 10-year refurbishment, costing the taxpayer £369m. Swathes of the public were outraged, and a petition to get the Queen to pay for the renovations herself was signed by over 100,000 people. Television presenter Jake Humphrey also spoke out against the cost of the renovations. But this time, the public didn’t share the same sentiment.

On 18 November, after Children in Need was televised, Jake Humphrey tweeted:

Humphrey makes a valid point. It has taken over 36 years for Children in Need to raise £800 million. Yet, seemingly in one afternoon, the government pledged almost half of this sum to Buckingham Palace.

But many of Humphrey’s followers did not agree with his argument:

so what's your solution then just let it fall into disrepair? It's a national asset royal family or not. Let's hear it?

I normally like what you say but that is a pointless comment simply written to compare two things that can't be compared.

don't be naive Jake. The Royal family bring in millions for the economy.#buckinghampalace

As @Kelchance5 points out, money made from the Crown Estate does feed back into the Treasury. In June 2016, it was revealed that the Crown Estate paid a record £304.1m to the Treasury. But the estates are technically neither government property nor part of the monarch’s private estate. And yet the Queen and her family still benefit from a large profit.

Under the sovereign grant scheme, the monarch receives around 15% of the profits from the Crown Estate. Between 2017-2018, she is set to gain £45.6m — a 57% increase since 2012. A percentage of this money goes towards the upkeep of the palaces, payroll, housekeeping, and on travel expenses.

The government has decided to increase the money the monarch receives under this scheme in order to fund the renovation of the palace. She will receive 25%, instead of 15%, over the next 10 years.

But one could ask why the monarch isn’t using some of her private income, instead of taking more money from the Treasury?

The Queen’s personal wealth is estimated to be around £340m. With this money, it appears she lives a rather extravagant lifestyle. This includes leasing a £8m helicopter for members of the Royal Family to fly on official engagements.

People should certainly be allowed to use their money how they wish, but some could argue it is unfair that the monarch relies on money that could be used in other ways to benefit Britain, rather than on her own home. While @LewisCarter5 argues the palace is a national asset, in fact the palace doesn’t belong to the public at all. Instead, it is part of the Crown Estate which will be inherited by the next Royal heir.

The Queen and tourism

Some argue that the royals also bring in a lot of tourism. But in 2015, Brand Finance estimated that the Royals only generated £535m from tourism. While £535m appears a huge amount, it was also revealed in 2015 that bees contributed £100m more than this figure to the British economy.

In a recent review, it was also discovered that Chester Zoo, Stonehenge and the Roman Baths are more successful tourist attractions than Windsor Castle.

While a recent YouGov poll revealed that 68% of the British public thought the Royals were good for the country, this latest announcement could change public opinion. The petition for the Queen to pay for her own renovations is growing by the minute. And it appears that, if the government continues to prioritise her needs over the British public’s, support for monarchy may indeed dwindle.

– Find out more about the Queen and her role in society.

– Read more on The Treasury and its plans.