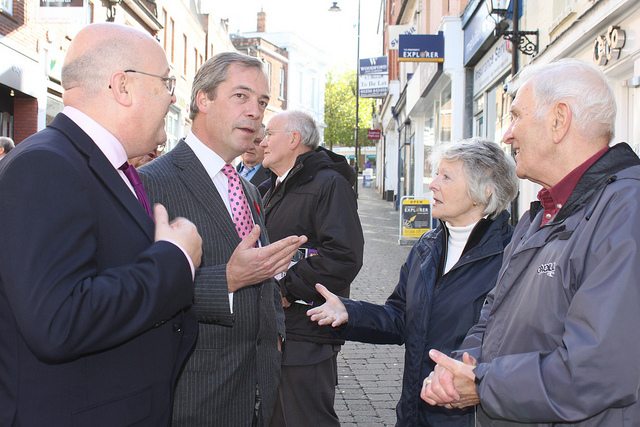 The Electoral Commission has opened an investigation into UKIP’s use of party donations.

The European Parliament recently ruled that the Alliance for Direct Democracy in Europe (ADDE) – an alliance of smaller parties dominated by UKIP – had misused €500,000 (£427,000) of European taxpayers’ money.

These services were not in the interest of the European party, which could neither be involved in the national elections nor in the referendum on national level.

ADDE receives over €1.5m from the EU. Receipt of the money has been controversial, particularly within UKIP. But key players like Farage want to see ‘UK taxpayers’ money’ come back to ADDE, rather than go to ‘integrationist’ organisations.

The Electoral Commission is now looking into whether there has been a breach of UK election law. This includes whether any “impermissible donations” have been accepted by the party.

ADDE and its affiliate IDDE [Institute for Direct Democracy in Europe], as with other European political parties and foundations, can receive grant funding from the European Union (EU).

This funding can cover up to 85 per cent of the parties’ eligible expenditure and be used for a range of activity, from administrative functions through to the campaign costs connected to European elections.

It cannot, however, be used for a range of other specified purposes, including for the direct or indirect funding of national parties, election candidates and political foundations at either the national or European level.

The commission’s inquiry is now under way. If it finds that UKIP has breached UK election rules on donations, the party must repay it in 30 days. If it does not, it will face charges and penalties. UKIP is certain that the commission will clear it. But the EU has already passed judgment, and the Electoral Commission’s verdict will soon be clear.