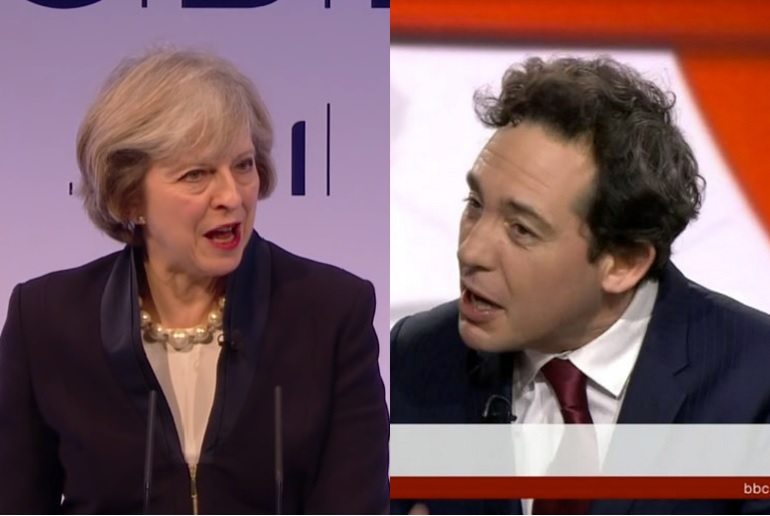 The BBC’s News at Ten programme accidentally revealed exactly what Prime Minister Theresa May has promised to big business. While it was reporting on May’s speech to the Confederation of British Industry’s (CBI) conference on 21 November, BBC Business Editor Simon Jack summarised the message the Prime Minister had delivered to business leaders.

And that message has delighted corporations. But it is bad news for everyone else.

During her speech to the CBI, May confirmed her U-turn on the plan to appoint workers to business boards, which has angered unions. She also promised “some certainty”, rather than a “cliff-edge”, for businesses in the Brexit process. And if that wasn’t enough, she was even attacked by a giant moth during her speech.

Yet a BBC report on the conference speech was the most illuminating, as Media Lens has pointed out. In its News at Ten broadcast following the event, its Business Editor paraphrased May’s message to business leaders:

I know you’ve got some problems. And there’s going to be a grand bargain. I’ll do some things, I’ll lower taxes, I’ll invest money in productivity. You clean up your act and make sure the wealth is shared.

Media Lens responded to this rendering of May’s edict, and highlighted its glaring flaw:

And BBC News expects us to swallow that whole? As ever, no scrutiny from the Business Editor. He really is the BBC News editor FOR business.

Essentially, according to the BBC, May informed corporations that they are responsible for sharing the wealth. And that government will enable business to do that by lowering corporation tax and funding research and development.

What could possibly go wrong?

This is the theory the Western world has been abiding by for decades now. It’s the same neoliberal ‘trickle down‘ economic plan, just without using those exact words. Yet expecting the business world to share wealth without regulations and legislation to force its hand is delusional. Because a corporation’s primary remit is to maximise profit and ensure growth. And until those parameters change, neither will the nature of the industry.

May wants to prove to the public that “capitalism can deliver them a better future”. She said it in her speech. And she believes this is the right way to respond to “the public’s demand for change”. Yet capitalism is the very system that has brought us to this point. So how can it also be the vehicle for change?

There were glaring contradictions and flaws in May’s speech to the CBI. And it is the job of the media to highlight those issues with her rhetoric. Not just to serve up that information to the public without examination, as the BBC has expertly done in this instance.

You can watch part of May’s speech here:

Businesses must give something back to communities, @theresa_may says at #cbi2016 conference https://t.co/jMmXDTzwxn https://t.co/SrfuilNaod

– Read more Canary articles on our public broadcaster and Theresa May.